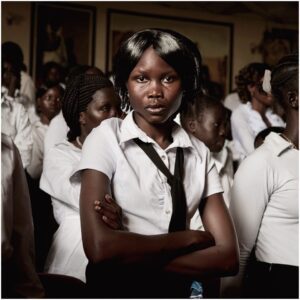 Alinka Echeverría is a Mexican-British artist and visual anthropologist, shortlisted in 2017. She is a nominee for the Prix Elysée, and was selected for FOAM Talent. Her work has been exhibited at international venues and is part of collections including The Los Angeles County Museum of Art and The Museum of Fine Arts in Houston. Commissions include BBC Four, for the three-part series: The Art That Made Mexico. 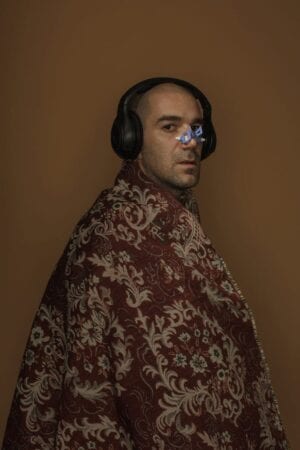 Arseny Neskhodimov creates conceptual projects about his visual identity, staging performances to be photographed or filmed. In his works, he touches upon issues of alienation. Since being selected for the Aesthetica Art Prize in 2020, Neskhodimov has won the Wellcome Photography Prize for a series exploring mental health. He has been nominated for the International Photography Grant Talent of the Year 2020 and featured in The Guardian. 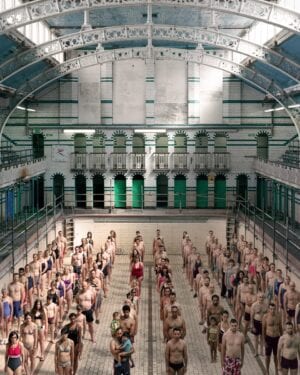 Attilio Fiumarella is a photographic artist interested in social landscapes. He was selected for the 2016 Aesthetica Art Prize. His practice draws from documentary and architecture. Attilio won Portrait of Humanity 2020, organised by The British Journal of Photography and Magnum Photos. In 2017-18, he was a finalist in the Head On Portrait Prize, the UNSEEN Dummy Book Award and was awarded a grant from Arts Council England. 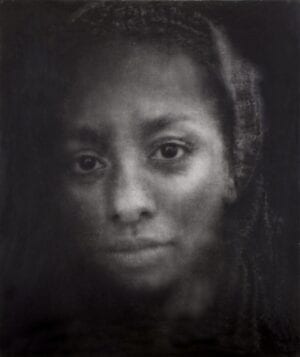 Caroline Burraway was part of the Aesthetica Art Prize in 2013, creating powerful drawings that investigate what lies hidden in the everyday experience. In more recent years, Caroline has been involved in a number of awards. She won the Trinity Buoy Wharf Drawing Prize in 2018 (formerly Jerwood Drawing Prize), and was a Finalist for the Columbia Threadneedle Prize 2018. She has been UNESCO exhibiting artist at the Venice Biennale. 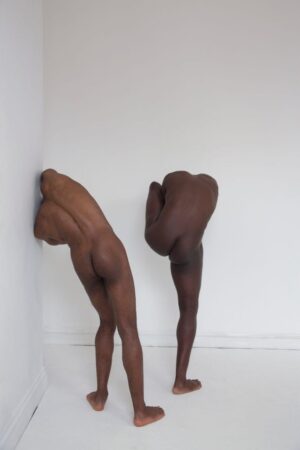 Chloe Rosser was part of the 2017 Aesthetica Art Prize. The Form series transforms the human body into something unexpected and uncanny, creating a kind of “living sculpture.” Since taking part in the prize, she has shown work in solo and group shows across the globe, including Liverpool’s Open Eye Gallery and at the UK Parliament. She is represented by Elizabeth Houston Gallery. Her book is published by Stay Free, featuring five years’ work. 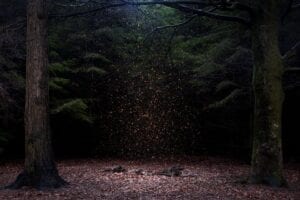 Ellie Davies was shortlisted for the 2016 Aesthetica Art Prize. She has since won multiple international awards, including the Magnum Photography Awards 2017. The winning image was shown at The Photographers Gallery in London. Her work was at Photo London Digital and Art Paris 2020. She has gallery representation in the UK, US and Europe. Recent interviews include National Geographic, Photomonitor, BBC Radio 3 and Lensculture. 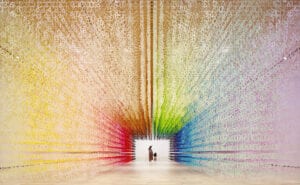 Emmanuelle Moureaux is a French architect who was shortlisted for the Art Prize in 2017. The works layer colourful papercuts in immersive environments. She has created installations for designers UNIQLO and ISSEY MIYAKI, with the 100 colors series shown around the world. Forest of Numbers celebrated the 10th anniversary of The National Art Center, Tokyo. She was a finalist in the Architizer A+ Awards and presents NOW Gallery’s 2020 design commission. 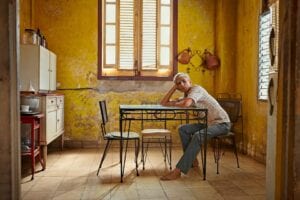 Gillian Hyland featured in the 2018 Aesthetica Art Prize. The same year, Hyland released her first photography book, which was a culmination of several years’ work. Most recently, her work was part of Female in Focus, curated by British Journal of Photography / 1854 Media. The photographer, who creates “supernatural staged images”, has had solo shows in London, Lisbon, Sydney and Rome, photographing subjects including Cate Blanchett. 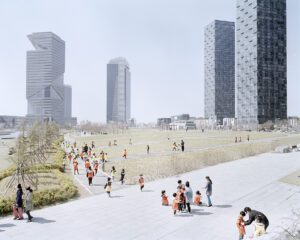 World Press Photo award-winner Giulio di Sturco was shortlisted for the Art Prize in 2019. The artist has since been nominated for the Prix Pictet 2019 – the world’s leading prize for photography and sustainability, with a show at the V&A. The photobook Ganga Ma, has been featured in the Financial Times. Other accolades include the Sony World Photography Award and the Getty Images Reportage Grant. 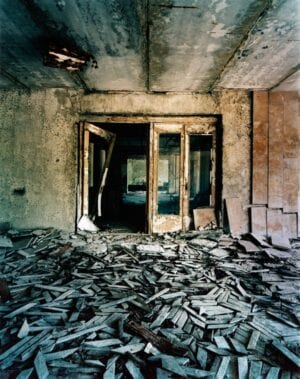 Jane and Louise Wilson RA Elect, shortlisted for the 2019 Art Prize, have been working as an artist duo for over two decades. In 1999, they were shortlisted for the Turner Prize. They have had numerous exhibitions in venues across the UK and internationally, including Tate, London; Guggenheim Museum, Bilbao and Museum of Modern Art, New York. Recent works include a commission for the Imperial War Museum, London. 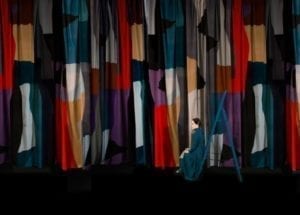 Jasmina Cibic looks at structures of “soft power”, unravelling how political rhetoric is deployed through art and architecture. Since being shortlisted for the Art Prize 2017, Cibic’s works have been on display at institutions across the world, including BALTIC, Gateshead; The Louvre, Paris; Whitechapel Gallery, London and the Museum of Modern Art, New York. Cibic has released four books and was shortlisted for the 2018 Film London Jarman Award. 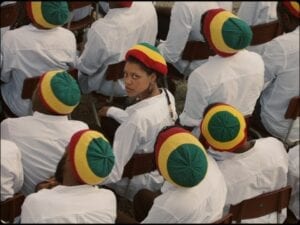 British-Nigerian director Jenn Nkiru won the 2019 Aesthetica Art Prize. The film Rebirth Is Necessary screened before Black Panther at the London premiere. Nkiru won the Voice of a Woman award at Cannes Film Festival, and her music video for Beyoncé and Jay-Z is globally recognised. She has had premieres at Frieze, showing at The Whitney Biennial, MOCA , ICA and Somerset House . She is shortlisted for the 2020 Jarman Award. 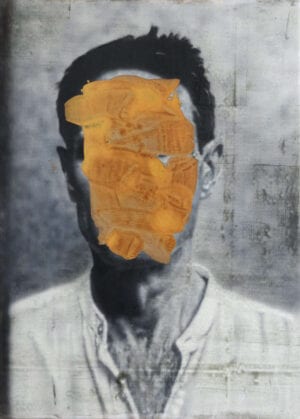 John Keane won the Art Prize in 2015. He came to prominence in 1990 when commissioned by the Imperial War Museum (IWM) to be the Official British War Artist of the Gulf War. He has had exhibitions with Flowers Gallery and Royal Academy, including 2018’s Age of Terror: Art Since 9/11. Keane’s work is part of Christie’s Corporate Collection, London; Detroit Institute of Fine Art, Michigan; and Glasgow Museums. 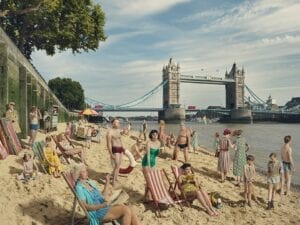 Julia Fullerton-Batten is a fine art photographer who has been longlisted twice for the Aesthetica Art Prize, and has featured in Aesthetica Magazine. In 2019-2020, her work was shown at The International Center for Photography, New York; Fotografiska, Stockholm; Photo Vogue Festival, Milan; Open Eye Gallery; Liverpool; and Aperture Foundation, New York. She is a Hassleblad Master. Fullerton-Batten’s work is highly cinematic. 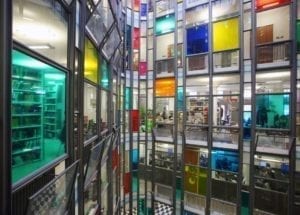 Julia Vogl won the 2011 Art Prize. The artist, who creates social sculpture, has gone on to win the Catlin Art Prize and be shortlisted for the Jerwood Drawing Prize. Vogl became a member of the Royal British Sculpture Society in 2017 and has hosted a number of talks – including a TEDx Talk. Her work has been exhibited at Tate Modern, and in 2019 she was selected for ITVCreates – one of 52 artists selected to create an IDENT sculpture. 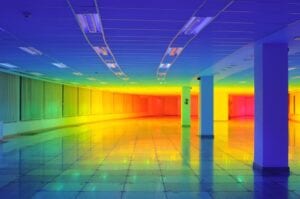 Liz West was a finalist in the 2016 Art Prize, creating vivid environments that mix luminous colour and radiant light. West has been commissioned worldwide by Natural History Museum, National Trust, National Science and Media Museum and London Design Festival. The work has been widely published in Wallpaper*, Design Boom, Huffington Post, The Times and The Independent, and featured in books by Thames & Hudson and Gingko Press. 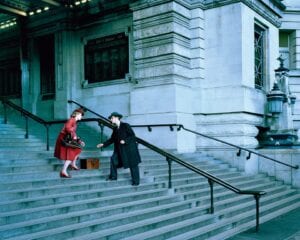 Lottie Davies first featured in the Aesthetica Art Prize in 2015. She has since been included in the 2018 prize and has spoken at the Future Now Symposium. Lottie has been featured by the BBC and The Guardian, as well as receiving further coverage from Aesthetica. She has recently taken part in FORMAT Festival and the 209 Women show at UK Parliament. Her solo show, Quinn, is available to view online now with Google Arts & Culture. 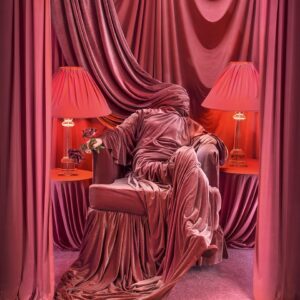 Patty Carroll has been known for her saturated color photographs since the 1970s. They have been shown around the world. In 2020, alongside being shortlisted for the Aesthetica Art Prize, she published the photobook Anonymous Women: Domestic Demise. She was also awarded an Artist Fellowship Grant from the Illinois Arts Council. Patty has been featured in the Huffington Post, The British Journal of Photography and The Observer. 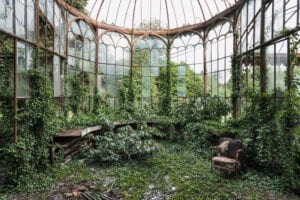 Reginald Van de Velde is an award-winning photographer from Belgium specialised in architecture and ruins. He was part of the 2018 Aesthetica Art Prize shortlist. Since then, Van de Velde has shown work at Les Rencontres d’Arles, National Gallery of Victoria and National Museum of Modern and Contemporary Art, Seoul. Accolades include Aerial Photographer of the Year 2020, Prix de la Photographie and Moscow Foto Awards. 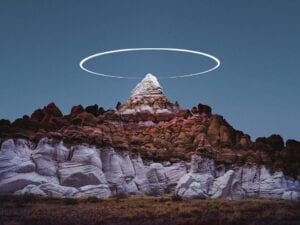 Reuben Wu was longlisted for the 2019 Aesthetica Art Prize. In 2020, he was selected for the Sony World Photography Awards with Lux Noctis, a series of photographs presenting landscapes he sees as unbound by time and space. In 2019, he showed work at The Photography Show and PhotoEye Gallery, Santa Fe, with selected clients including Apple, Audi, Google and IBM. He has had online image features in Wired, Artsy, Petapixel and more.

Rhea Storr is the winner of the Aesthetica Art Prize 2020 and the Louis Le Prince Experimental Film Prize. The artist filmmaker explores the representation of Black and mixed-race cultures. She has exhibited at the National Museum of African American History and Culture, Washington DC; MOCA Los Angeles; Saatchi New Sensations, London; Whitechapel Gallery, London; and Somerset House, London, where she is an artist-in-residence. 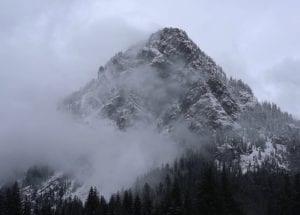 Magnum photographer Sim Chi Yin was shortlisted for the Aesthetica Art Prize in 2019 for Most people were silent, a work commissioned by Nobel Peace Prize. The artist has since spoken at Barbican Centre, London, on Images, Agency, and the Environment, had a solo show in Hong Kong and been featured by BBC World Service. In previous years, Sim Chi Yin exhibited at the Nobel Peace Centre, Oslo, and was nominated for the Prix Pictet. 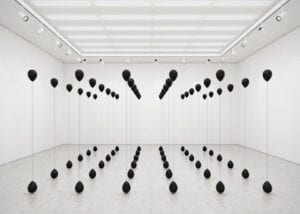 Tadao Cern has featured in the Aesthetica Art Prize twice: in 2016 and 2017. Since then, the Black Balloons project – shown here – has been seen in Tokyo, Beijing, New York, Paris, Venice, Cologne, with coverage in Vice, Widewalls, Designboom and Colossal. In 2019, the artist was featured in The Guardian’s My Best Shot photography feature – recognising a key image highlighted by the 2016 prize. 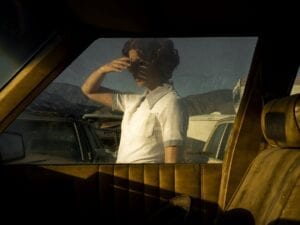 Shortlisted for the Art Prize in 2017, Franco Klein’s photography explores consumption and media overstimulation. Her work has been exhibited across Europe, the US and Mexico in solo shows and major fairs. She has won at the Sony World Photography Awards twice, received accolades from Lensculture and is a FOAM Paul Huf Award nominee. Her first publication was nominated for the Paris Photo Aperture Foundation First Book Award in 2019. 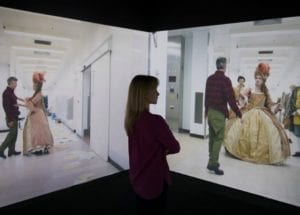 Filmmaker Toby Dye has directed an acclaimed catalogue of work, recognised with major international awards. Dye has collaborated with Netflix, Sky, Ford and the NHS, whilst producing Phobos with Ridley Scott – starring Michael Fassbender. The 2016 shortlisted piece The Corridor was part of a Kubrick-inspired show at Somerset House, London. Dye’s has been covered in the Washington Post, Time and The Guardian. 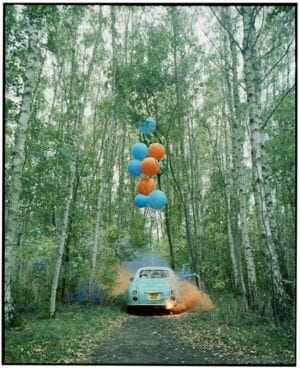 Vikram Kushwah has featured in the Aesthetica Art Prize multiple times over the years. He creates powerful photographic portraits and fine art images, many of which explore ideas of the uncanny. Recently, he was shortlisted by the National Portrait Gallery, London, for the Taylor Wessing Portrait Prize 2019. He is a Portrait of Britain 2018 and 2019 winner, working for publications such as Vogue, Harper’s Bazaar and Elle.