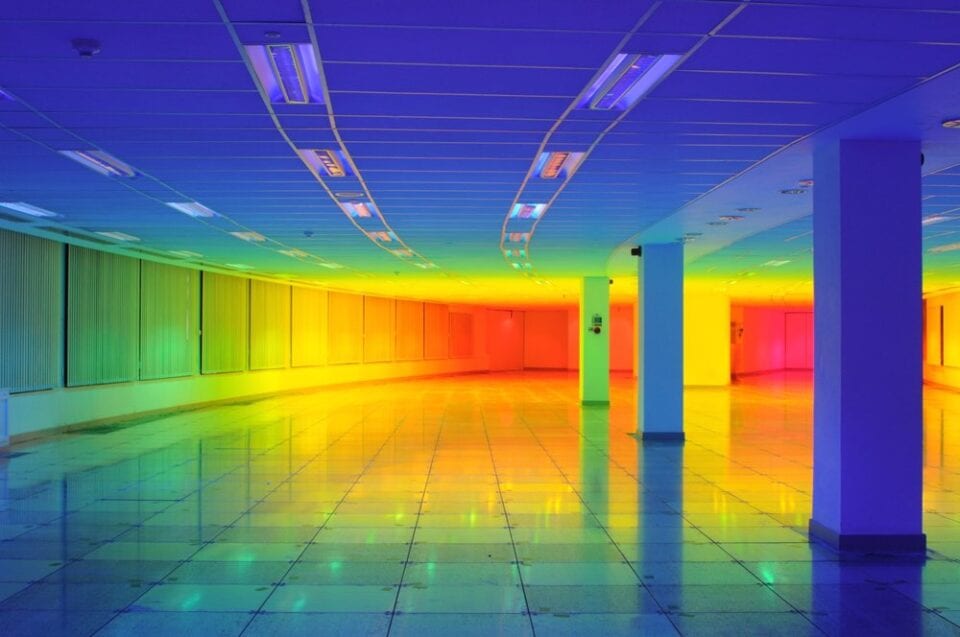 Liz West was a finalist in the 2016 Art Prize, creating vivid environments that mix luminous colour and radiant light. West has been commissioned worldwide by institutions and organisations including Natural History Museum, National Trust, National Science and Media Museum and London Design Festival. The work has been widely published in Wallpaper*, Design Boom, Huffington Post, The Times and The Independent, and featured in books by Thames & Hudson and Gingko Press. West has been part of numerous UK shows, including the Royal British Society of Sculptors, as well as across Milan, Dubai, Paris, Berlin and New York.

All Artists’ Directory listings are included in the print edition of Aesthetica. To view the full April / May 2021 selection, pick up a copy of Issue 100.