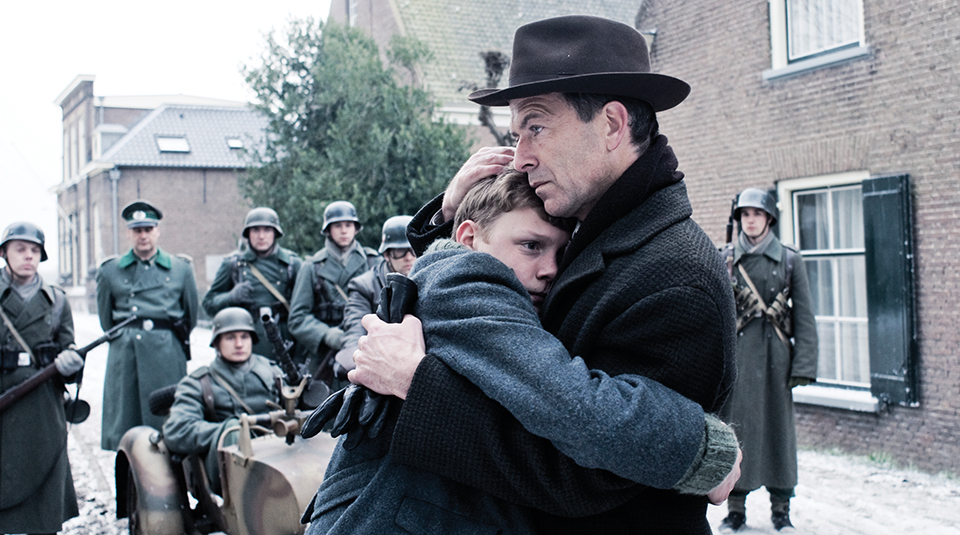 Martin Koolhoven’s emotive film of a young boy learning about love, loss and deception at the close of the second world war is not only a journey through history, but also adolescence.

Explorations into the events and complications of the Second World War are nothing new, holding an endless fascination for filmmakers from the last 65 years. The resultant epics, tragedies, dramas and even comedies attest to the myriad of creative possibilities for this period of intense human cruelty and struggle. Something about the extremities created by the Nazi expansion invokes the greatest acts of human courage and sacrifice, as well as deceit and depravity. Dutch director, Martin Koolhoven’s award-winning Winter in Wartime resumes this tradition, but with the story told through the eyes, fears and enthusiasms of a young boy. The work attains a level of identification with the audience, as the viewer encounters and reminisces on the tribulations of their own adolescence, contextualised in the wider realm of Nazi horrors.

Opening with phenomenal success in the Netherlands, Winter in Wartime has been a long time in the making. Koolhoven explains: “We just had a hard time writing the screenplay and getting the money. Then the success of Schnitzel en Knetter (Koolhoven’s 2005 release) probably made it easier to finance Winter in Wartime. I suddenly went from a talented director, to a bankable director.” Winter in Wartime is a significant departure from Koolhoven’s usual repertoire of quirky art house narratives and comedies, but the direction has reaped rewards: “I think it was artistically my greatest achievement yet, so I was extremely happy it did so well. In Holland, it was the number one movie at Christmas, out grossing all my previous movies put together.” Based on Jan Terlouw’s popular children’s book, Koolhoven explains that everything came together when he read her text: “I always wanted to make a movie about the Second World War. I was looking for the right story and when I read Jan Terlouw’s Winter in Wartime in one night, I immediately knew what this movie should be like.”

The film follows the adventures of 13-year-old Michiel through the last winter of the War in Nazi-occupied Holland. A typical young teenager, Michiel is naive and idealistic, disgusted at his country’s placid attitude to the occupation, manifested in his father’s friendly co-operation with the regime, as town mayor. In hindsight, there is heart-breaking poignancy in this peace-keeping, “to make sure everyone gets out of this war alive,” and in Michiel’s hero-worship of his resistant Uncle Ben, with his covert treats of sardines and black-market ration tokens. Michiel’s father toes the line to maintain an uneasy peace, while the teenager longs for adventure and heroics, provided through the delivery of a letter between two members of the Resistance. But when the sender is arrested, and the recipient shot, Michiel’s curiosity leads him to the discovery of RAF fugitive, Jack, plotting his escape to safety after crashing on enemy territory. With all of Jack’s adult links to the Resistance either dead or imprisoned, he is forced to accept Michiel’s enthusiastic help and Michiel stumbles into increasingly adult territory. This is a story of the loss of innocence, learning through the eyes of Michiel of Jack’s guilt in murdering a German soldier, of the injustice of the Nazi regime through the execution of Michiel’s law-abiding father, of the duality of loyalties and the dishonesty of the closest people around him. Michiel and Jack’s plans for Jack’s escape are repeatedly duped by Nazi soldiers, and the situation becomes increasingly desperate with Michiel out of his depth, as his Uncle Ben had warned. The ultimate treachery comes as Ben is unveiled as a Nazi spy, his talk of resistance a provocative ploy to enter into the trusted fold. Omnipresent mistrust, danger and horrors ensure that Michiel is changed forever, in a loss of innocence more brutal than viewers in peacetime Europe can ever imagine.

Koolhoven describes the film as “a coming of age story set in the pressure-cooker that war is.” The underlying point of importance is the very universality of the story in telling the narrative through Michiel’s eyes. The audience shares in the horrors of the occupied people through their identification with the more mundane aspects of Michiel’s growth – the patronisation of his elders, the first cigarette, the jealousy at the blossoming romance between Jack and Erica, the fevered excitement at discovering Jack’s shattered English watch. Michiel becomes a window to the occupied experience because we emphasise with the awkwardness of adolescence, and the disappointment in discovering the fallibility of those we look up to. Koolhoven’s screenplay invites us into the mindset of the Dutch Resistance in a manner that is not achievable through the savvy of an adult character. “The movie is made to make you emotionally connected with Michiel and his journey will be your journey.”

The overlaps between right and wrong are a focal point. This learning curve is exponentially heightened by its setting in Nazi Europe as we re-learn the lessons of adolescence with Michiel, the unreality of childish assumptions. We witness good in the Germans as individuals, just as there is bad in the Dutch – as the extremities of war take hold, Michiel learns the monstrosities of his own family through Uncle Ben’s treachery, as well as the kindness of the German soldiers in their daily running of the village, contrasted with their constant suspicion of ordinary citizens. Michiel’s father sacrifices himself rather than have another innocent citizen executed and made an example of, depriving his family of a father in his heroics, while Michiel’s own vengeful action on Ben is his greatest transgression, and it illustrates the most shocking cynicism of the once-innocent child, “at the end of the story, his life will never be the same; he is a totally different person than he was when the movie started.”

These lessons are learnt through Koolhoven’s very precise aesthetics. The cinematography is beautifully bleak, undeniably evocative of the inhospitable conditions of wartime, as well as the inherent quiet emotion of the landscape. The majority of outdoor shoots were actually based in Lithuania, due to the Netherlands’ prosperous development over the 20th century – “there were areas with nature that looked more like Holland in 1945 than today.” It’s not a winter wonderland, but a covertly, despondent pathetic fallacy, the resignation of the people reflected in the environment around them, maintaining charm in spite of the serious issues at hand, and inspiring a quiet pride in the landscape, as encouragement for the heads down attitude of ordinary citizens away from the forthright crusades of the Resistance. Koolhoven confirms: “Floris Vos and Alette Kraan created a world that was gorgeous. What was so good about it for the movie was that it was not only believable as 1945, it still had feeling you could relate to. It doesn’t feel like history lesson, it’s organic.” Koolhoven made an exceptional choice in the casting of Martijn Lakemeier in his first lead role, as Michiel is the audience’s window into the story, an emphatic, sympathetic portrayal was imperative. “The concept of the movie made the actor who was going to play Michiel extremely important. Everything is seen through his eyes.”

Winter in Wartime is both a thrilling wartime drama and an insight into the personal struggle of occupied civilians through the journey of the adolescent boy. It aims to bridge the gap in the canon of war films. In the Netherlands, the Nazi occupation and the Dutch Resistance are inevitable elements of the country’s heritage, yet Koolhoven explains that he felt a detachment from his ancestors in the usual wartime narratives, “a distance between me and the characters, especially in the Dutch ones. The acting, the language, the way the camera is used, there is something about period pieces that creates distance. I wanted this movie to be emotional. I wanted this film to have the type of urgency you normally only have with contemporary stories.”

Irrecoverably changed, Michiel’s journey provides a fitting correlation for Post-War Europe – the innocence permanently lost, but the spirit of the Liberation awakening hope and recovery. Winter in Wartime was released in UK cinemas on 12 February 2010.

In Jodie Carey’s (b.1981) sculptures and installations, she examines textures as well as their material consistency and their immaterial reactions. 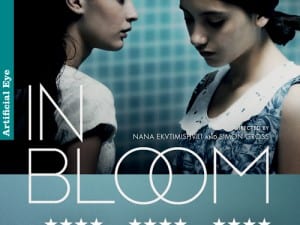 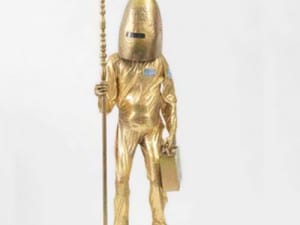 Althamer is known for provocative pieces, often exploring the communicative powers of art and playing with the boundaries between spectator and artist.