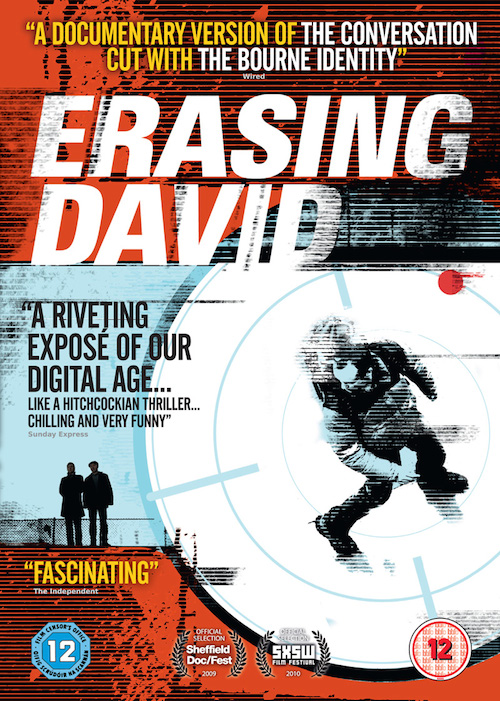 The idea that we can be tracked using our mobile phones, or that we all put too much personal information on sites such as Facebook won’t be news to most ears. We are constantly being made aware of “identity theft” and the internet encroaching upon our privacy. It might surprise you to know that the UK is the third most intrusive surveillance state in the world – third only to China and Russia.

Erasing David is a documentary exploring how quickly our privacy is being eaten away. David Bond attempts to “disappear” from society for 30 days without leaving a trail of records and data with which he can be traced. Two private detectives aim to find him from information that’s readily available; hospital records, appointments and travel documents. We follow his state of mind as he’s hounded across Europe, finding out what happens when the database state goes wrong.

Originally sceptical as to what new information this film could provide, David’s struggle with the compromise between privacy and normality within society makes for an intriguing, and paranoia-inducing watch. www.erasingdavid.com.