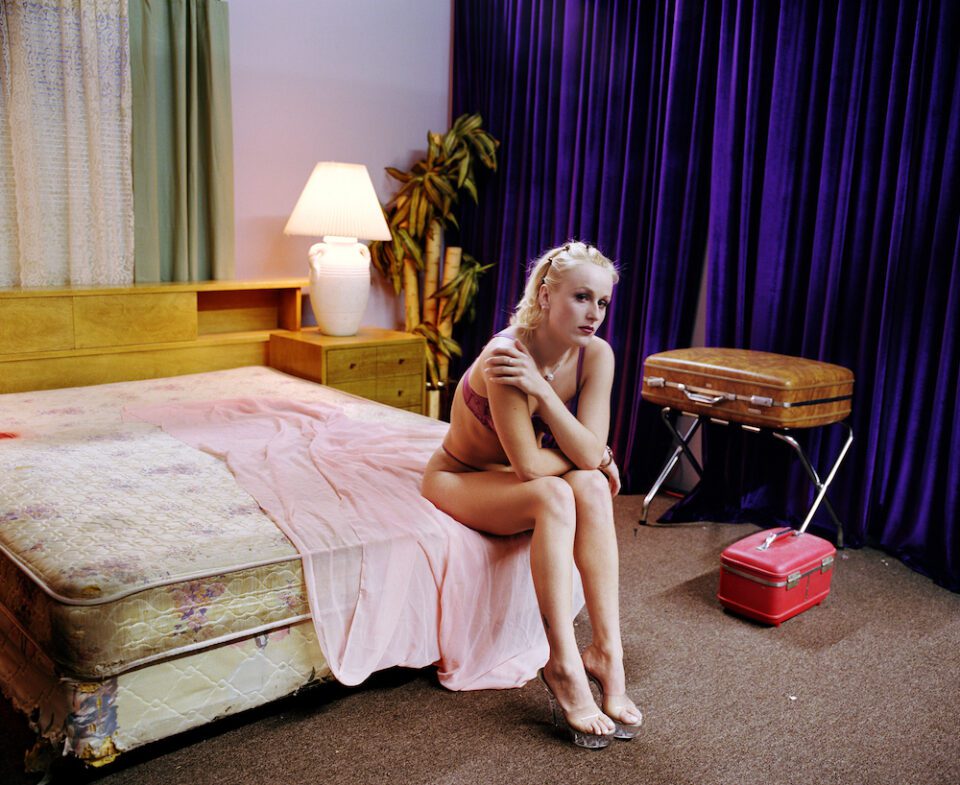 As Sylvia – the heroine of Federico Fellini’s 1960 film La Dolce Vita steps off the plane in Rome – she is met by a horde of press photographers, eager to get a shot. That scene is indicative of the way cinema and photography have always been linked in a mutually inspiring, if at times ambivalent, relationship. They share similar technologies, a common visual language of closeup portraits and wide-open landscapes. However, whilst lights and cameras are intrinsic to both, action is what differentiates them. Photography freezes time, whilst film sets it in motion.

A group show at the Helmut Newton Photography Foundation in Berlin explores the way that photographers have portrayed Hollywood. The exhibition takes its cue from Helmut Newton’s (1920-2004) images from the 1960s and 1970s, influenced by the French Nouvelle Vague and of the films of Alfred Hitchcock, as well as portraits of stars attending Cannes Film Festival. Hollywood features pictures by 13 further image-makers, providing a multifaceted view of the movies at large. There are on-set shots by Eve Arnold (1912-2012), street scenes in Melrose Avenue by June Newton aka Alice Springs (1923-1921), Annie Leibovitz’s (b.1949) sleek Vanity Fair-commissioned portraits and Julius Schulman’s (1910-2009) shots of glittering Beverly Hills mansions.

The show, as a whole, considers a shift in cultural perspective: The Foundation’s Director, Dr. Matthias Harder, notes: “On the one hand, the exhibition looks back upon 100 years of Hollywood. At the same time, its perspective is utterly contemporary, paying homage to the slowly fading splendour of an entire era.”

Staging our Reality is at Helmut Newton Foundation, Berlin | Until 20 November 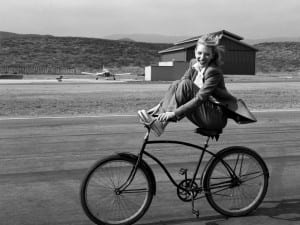 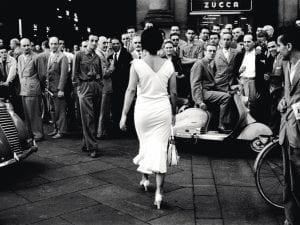 Between Art & Fashion at Helmut Newton Foundation paints a picture of a life spent living at the intersection of fine art and high fashion.