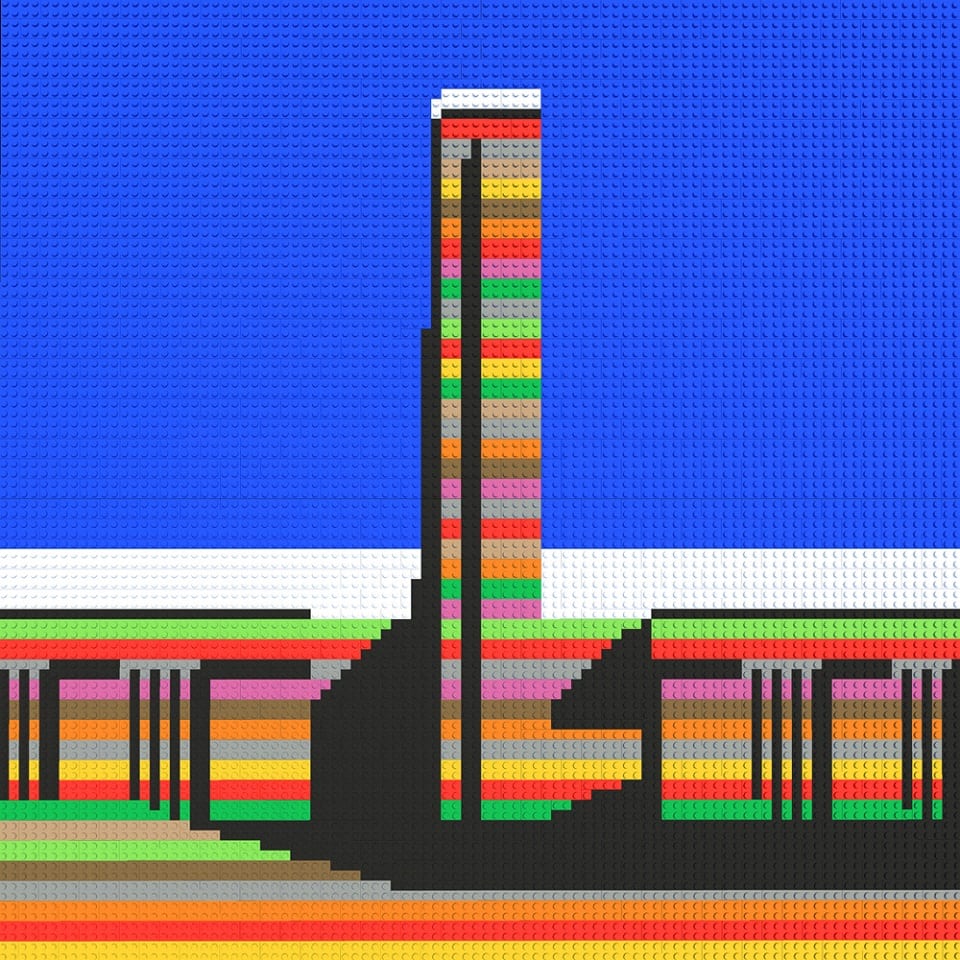 Ahead of the Landmark Arts Centre Autumn Fair, we catch up with Art Fair and Gallery Curator, Ben Kidger, and Aimee Jewitt-Harris from Transplant Links about the artworks displayed in this year’s edition, alongside raising awareness for the charity.

A: Could you discuss the legacy of the Landmark Autumn Art Fair and how it came about?
BK: The Landmark Arts Centre is 21 years old, formally a Cathedral. St Albans was converted into a community arts centre from its derelict state by a group of passionate locals. There was always some kind of art exhibition for local artists and the exhibitions evolved over time to become the Spring Art Fair in May and the Autumn Art Fair in October. The events are open for around 80 artists to submit work and to sell it directly to the public. What makes us somewhat special and different from other fairs of this nature is the magnificent setting of the former Cathedral. Artists and visitors alike enjoy being in this very friendly and stunning environment, keepings one’s eyes down on the art and away from the stained glass windows and stone vaultings is sometimes a creative challenge!

A: What can we expect to see in this year’s landmark art fair that we haven’t seen in previous years?
BK: We try to offer something other than the vast mix of high quality works. As a community arts centre we feel very strongly that we should support charities and emerging artists to help them get a foot in the door and valuable experience. For several years we have hosted Landmark Launchpad. One year Jennie Jewitt-Harris contacted me to see if there was the possibility of having their own exhibition space separate from professional artists. Her and her daughter Aimee and several others from their group showed their work with us. Several years later Jennie who unbeknownst to me ran Transplant Links came to me with an idea of a charity auction. That charity has subsequently got together a stunning array of artists who will be showing their work at the Autumn Art Fair to raise money and we are very happy to provide a platform for them to do that.

A: Do you think there’s any kind of thematic threads running across the different media?
BK: In the main body of the art fair there is a very eclectic mix of high quality painters, ceramicists, sculptors, jewellery makers and almost every other art form going! We choose deliberately to have a real blend of pieces for the buying public to view to give them that variety. There really aren’t any thematic threads other than the fact that they pricked some kind of interest in the selection panel and were chosen because we thought they would make a fascinating edition to the visual feast that is the art work and the highly unique setting.

A: Who in particular are you excited about showcasing this year in terms of established artists/graduates?
BK: I am very excited to hear from the organisers of the charity exhibition that we will be showing Yinka Shonibare MBE. He has been a favourite artists of mine since I saw his Nelson Ship in a Bottle in 2010 on the fourth plinth in Trafalgar Square. His themes of social equality and the discussions his work has with history and culture are perfect concepts to engage and enthuse young artists with and his work has featured in many of their essays which I have read over the years!

A: How do you think the art fair has a social element that brings together communities as well as displaying a range of different works and styles?
BK: I believe very strongly that there should be a social element to the art fairs. They are obviously there to help individual artists sell work and therefore could be seen as commercial but I really don’t think that is just the case. I see my job simply as being someone that helps select and bring to communities of people, good quality and interesting arts as well as art projects, often with the community.

A: What can we look forward to in terms of innovative uses of media?
BK: David Hughes makes paintings out of Lego blocks. There are some exceptionally innovative uses of traditional media as well –Dairo Vargas uses oil paints to create amazing landscape, and his treatment of light is something that still stops me when looking at the catalogue entries!

A: How is the art fair helping to raise awareness of the TLC charity as a whole?
AJH: TLC (Transplant Links) is a little known British charity which does a tremendous amount for people worldwide with kidney failure. The art fair will raise awareness of TLC through the involvement of high profile patrons and contributors including Baroness Floella Benjamin who was born in Trinidad where TLC first worked, and artists such as Yinka Shonibare whose brother is a surgeon in Nigeria that TLC helped to train in kidney transplantation. We’re delighted that Baroness Benjamin will be opening the pre-auction exhibition on the 14 October.

A: How do you think that artwork, as an inherent mode of expression, is able to communicate ideas and is therefore fitting for this kind of fundraising?
AJH: For me there are two important aspects about art as a mode of expression that reflects in the work of the charity. Those aspects are accessibility, and the act of giving. Art should be accessible to everyone; everyone needs a form of self-expression, everyone has ideas that they want to communicate, and everyone has their own fingerprint they want to leave on the world. By making art accessible to everyone through this auction, we are taking one step closer to making medical care for children and adults with kidney failure accessible too.

The other aspect is the act of giving. Creating art is a selfless act; when one makes art one gives something of themselves, which lives on through their work. Charity, by nature, is a giving activity. It involves giving your time, your money or your skills so that something else can be achieved beyond your own capabilities. Both the auction and the charity are about passing something on to benefit someone else.

When I was at university I was introduced to the concept of “gestalt”: “an organised whole that is perceived as more than the sum of its parts.” This exhibition is not just a collection of paintings, which happen to be hung in the same room, it’s a collection of people who want to give something of themselves so that others can benefit.

Transplant Links is run by just two people: my mother (CEO of TLC) Dr Jennie Jewitt-Harris and myself, and we are both artists as well as charity workers. The auction is therefore also an expression of our dual passions. 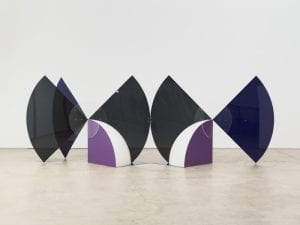 The Arts Council Collection sheds new light on the rich and diverse nature of 1960s art, casting fresh perspectives over the creations of the period. 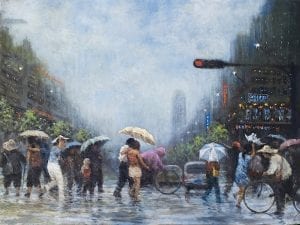 Award-winning artist Chijia He is known for his portrayals of rural Chinese life. His works are held in public and private collections around the world.

Gabriella Kosa explores the relationship between mankind and nature. Within her works, the small squares and geometric forms represent desire for control.