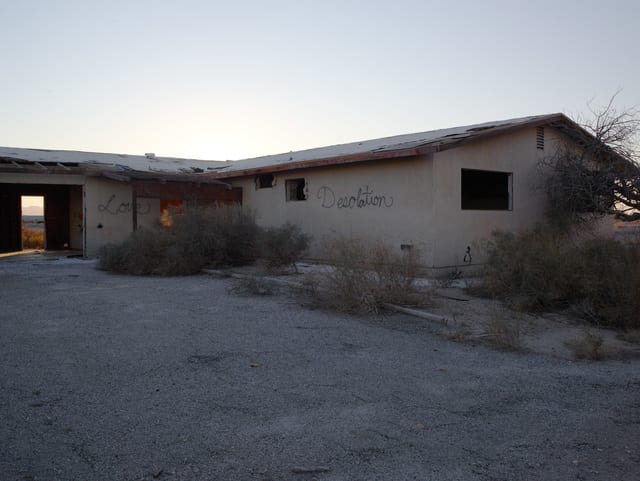 Where do you record your anger, grief, loss of national pride, or frustration? Populations have often chosen everyday conversation, where the only traces are in memories, or scribbling it down in a journal. More likely, in the digitalised age, a platform is found on social media. But perhaps, if you were really, really upset and annoyed, you’d take a can of paint or a knife, and spray or scrawl your feelings for posterity.

Since last year’s presidential election, Richard Misrach (b. 1949) has been travelling around California, Arizona and Nevada, documenting occasions when people have done just that. His interest in this phenomenon goes back further than Trump – he also took pictures of political graffiti during the Obama years. The difference between the two periods, he says, is stark, a statement that can be seen in part of his ongoing series Desert Cantos, which started in 1979. An epic, ambitious series of photographs, it explores links between the wilderness of deserts and human interactions: military training, for example, features prominently.

His fascination in this case, however, lies especially in abandoned areas: derelict buildings, or remote rocks. Questions are asked about the state of contemporary voyeurism and surveillance culture: Who are these messages for? Are they merely a physical outlet for their creator, or are they supposed to serve a communicative purpose? Without being documented, this question remains ambiguous – but now that they are the subject of an exhibition, they are clearly part of an important contemporary dialogue about alienation and despair.

Artists have long been captivated by ruins – and, perhaps especially, by human interactions with these spaces – and Misrach’s contribution to the genre is timely. Much visual protest seems to fall neatly into two groups: the handmade placard and the digital rant. Both acquire meaning and gravitas from the simple notion of being seen. The sheer act of onlooking becomes a replicative gesture and conceptualised tool. These inscriptions, however, are often less articulate than the meanings evoked (swastikas proliferate, troublingly, whilst in Hinkley, California, a “sinister smiley face” looms from a wall) and yet somehow say more. They’re a long way away from direct action; instead they speak of hopelessness and abandonment, howling into vast, empty spaces. 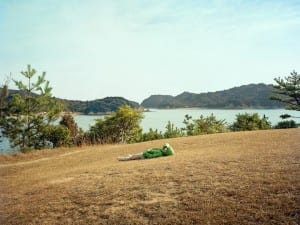 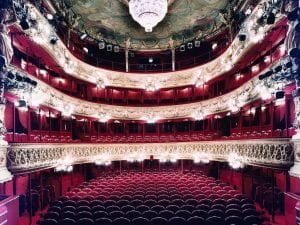