Artes Mundi is an internationally focused, Wales-based organisation that identifies, recognises and supports contemporary visual artists who engage with the human condition, social reality and lived experience. Translated as “arts of the world”, the company was founded in 2002 by William Wilkins, and has since become best-known for its biennial accolade: an award of £40,000 – one of the largest prizes in the UK of its kind – to develop the career of one practitioner, whilst building cultural bridges to global audiences. For the seventh edition, six shortlisted names were chosen from a vast collection of multi-media works that engage with present-day politic; each of the contributions provoke new and unexpected perceptions on what it means to be human in today’s world.

The acclaimed list of names offered wide-ranging and imaginative themes comprising nationalism, terrorism, civil wars, nature, sustainability, globalisation, the banality of modern life and social interaction. Bedwyr Williams (b. 1974) – who has previously been shortlisted for the Film London Jarman Award 2015 and been a Welsh representative for the 55th Venice Biennale –  uses multimedia, performance and text to delve into the juxtapositions between “the deadly serious” and “banal” aspects of life within contemporary society. Recent video works encounter the notions of dystopia, including the exhibited Tyrrrau Mawr (2016), which explores the concept of cities turning into archive.

Similarly, Lebanese artist Lamia Joreige (b. 1972) uses collected documents to reflect on the relationship between individual and collective memory, encompassing the trauma from the Lebanese wars with emphasis on her home city, Beruit.

The winner of Artes Mundi 7, however, was John Akomfrah OBE (b. 1957), who is known for investigating the effects of colonialism and historic injustice through formal consciousness. Works such as The Vertigo Sea (2015), which was earlier displayed at Lisson Gallery, London, for example, focuses on horrendous acts of the whaling industry, marrying images from the intrusive phenomena with refugees’ journeys across territorial and destructive oceans.

The piece which won over the judges, Auto Da Fé (2016), Akomfrah uses the aesthetics of a period drama to consider the historical and contemporary causes of displacement. Bringing together the presence of eight mass migrations – from the 1654 fleeing of Sephardic Jews from Catholic Brazil to present-day happenings in Iraq and Mali, footage depicting an unidentified landscape signifies a universality in the problem, and connects both past and present.

He notes: “I am absolutely touched by this and enormously grateful for the chance it offers to finally finish off something I have been planning for over a decade. Over the years, Artes Mundi has chosen some very brilliant artists for this award: all were doing challenging and engaged work and to join that group is a huge honour and responsibility.”

Both the winning and shortlisted artists’ works are on display at National Museum, Cardiff, and until 26 February. For more information: www.artesmundi.org 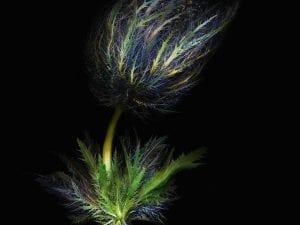 Anne Hoerter discusses the development of a practice based upon the intersection between still life painting and technology. 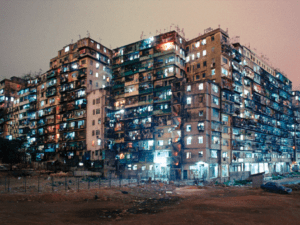 The Walled City of Kowloon in Hong Kong was demolished in 1994. Greg Girard and Ian Lambot captured the locale, which existed for 50 years. 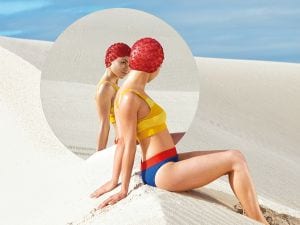