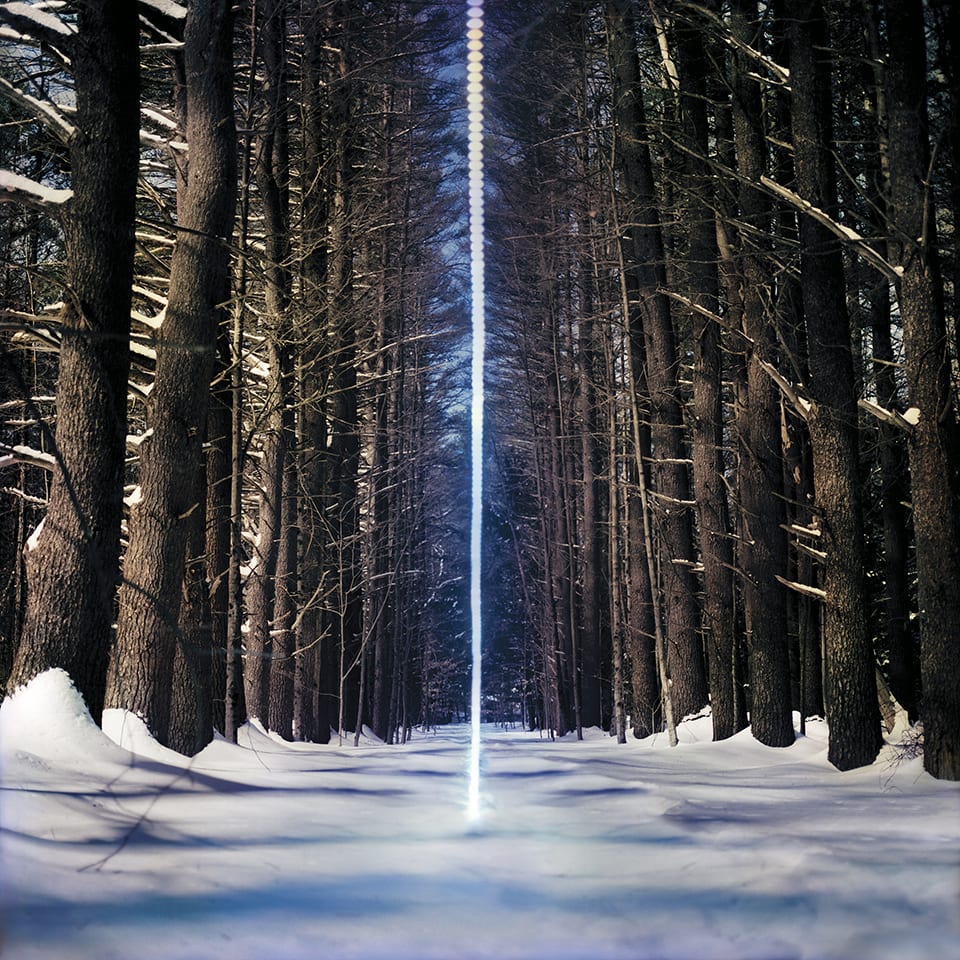 A new generation of artists considers the allure of visual stimulation, creating playful and immersive projects that trigger sensory experiences.

As a species, we have a pretty nuanced understanding of how light works, and how it blends into our lives seamlessly. This includes the birth of photography – a medium now ingrained in daily feeds – a way of capturing a burst of ultraviolet rays bouncing off the subject matter in front of us. However, what we see isn’t always an exact representation of the truth. As Laurence Scott notes in Picnic Comma Lightning: In Search of a New Reality (2018): “Our brains can’t see, hear or taste. They sit in the dark, making up a world informed by electrical stimuli from our sense organs. What we consciously perceive is our brain’s ‘best guess’ at what the outside world is like.”

Image-making has advanced from anthropological and documentary usages into the realm of high art, so an associated form of expression developed. In light art, the visible spectrum is the discipline and concept all in one – pushing the lines between figuration, abstraction and representation, and asking viewers to reassess their perception of the world.

A new book titled Lust for Light tracks the evolution of this genre in all its complexity. Edited by Hannah Stouffer – whose writing and artistic credits include VICE, Juxtapoz, New York Times and Microsoft – the title profiles numerous practitioners who are using the medium in progressive ways, exploring how we place something so fundamental to our existence on such an elevated cultural pedestal, and increasingly so. Stouffer notes: “Light causes our planet to flourish – it is associated with growth and warmth.” Indeed, without it, our vision of the world would be impossible, so its associations are vast and tied to our surroundings. She continues: “Visible rays enable our sense of sight, and although we cannot physically register photons, we cannot see without them either. It contains a spectrum of seven visible colours, and millions of gradations between them. It all feels infinite.”

With such an open landscape for discussion, the collection dives headfirst into well-known experiential practitioners like Olivier Ratsi, sculptors such as Iván Navarro and Romain Tardy, photographers like Brice Bischoff and Barbara Kasten, and site-specific artists such as Bill FitzGibbons. Perhaps most significantly, any discussion of light would not be complete without mentioning Yayoi Kusama, who has arguably become one of the most iconic avant-garde figures in the world. Nick Clark wrote in The Independent (April 2015): “[Her] trademark polka-dotted sculptures and mirror installations have proved a huge draw, with up to 9,000 flocking to the touring show [Infinite Obsession] a day – making her exhibitions the most visited in the world.”

Few realise that Kusama’s Infinity Rooms have been exhibited since the early 1960s, when she was an under-recognised but active member of New York’s East Village art scene, famously swapping letters with Georgia O’Keeffe. The rooms are still shown today – with Victoria Miro’s The Moving Moment When I Went To The Universe open until 21 December 2018 in London – demonstrating an iconic ability to give form and structure to psychedelic colours, repetition and reflection and – crucially – light’s tangible, endless and completely uncontainable qualities in nature.

It’s difficult to find another artist that inspires such devotion to the craft. Access to one of the Infinity Rooms requires most to stand in line for any number of hours. And whilst Kusama still works at a furious pace, she spends her days in a psychiatric unit in Japan – having survived a series of suicide attempts, brought about in part because of depression caused by the lack of recognition from her now prolific career. Why then has she found so much fame so late? In some ways, the phenomena might be understood by another, more widespread usage of light – the camera phone and its connected image, best summed up by Instagram, which enables all users to share a selfie in seconds.

From iPhones to gallery spaces, the influence of installations like Kusama’s (amongst other pioneers such as Dan Flavin, James Turrell, Keith Sonnier, Olafur Eliasson and Jenny Holzer) seems to be embedded in hugely popular exhibitions, ones in which the individual becomes part of the show. Take, for example, teamLab, a collective of “ultratechnologists” founded in 2001 with offices in Tokyo, Shanghai, Singapore and London. The group’s practice navigates the confluence of art and science with more traditionally inclined designers working alongside programmers, engineers and mathematicians. Intuition, sensory stimulation and social consciousness resonate in the collective’s aspirations. They note: “We describe our work as interactive. Unlike a viewer who stands in front of a painting, [those] immersed in an artwork [are] more aware of other people’s presences.”

Indeed, the now prevalent digital age has changed the way viewers think and feel about culture. To observe this has almost become a truism. However, less attention has been paid to the way technology has enabled cross-disciplinary and intermedia art – the spaces in-between. As teamLab describes: “By using what we have termed as ‘ultra-subjective space,’ we can experiment with new visual experiences. We are challenging contemporary human perceptions of the world. Members of modern society have forgotten how they once saw the world. By reaching back and examining past means of understanding, we find hints for the future.”

New developments have also transformed how practitioners operate in isolation, as well as together – in duos or groups. One example of this is Sabrina Ratté, who works with video synthesisers. “I manipulate electricity through knobs and wires in order to transform the luminous signal into shapes, colours, textures and movements.” She uses the phrase “digital sculpting” – a way of turning “the electronic signal into abstract landscapes or virtual environments. My videos mix analogue with contemporary techniques; they are a way to acknowledge the history of video art whilst subverting the formatted aesthetics that have risen with digital.”

Whilst new technologies have transformed many practices in and beyond light art, some artists are still working with rather more tractional light forms. Kate Hush finds ways to play with neon, the inert noble gas which has been used variously, for both creative and commercial purposes, for nearly 100 years. Hush, who is based in Brooklyn, creates expressive portraits through cylindrical shapes. “Growing up by the forest, I had many light sources,” she says. “The sun, the moon, twilight, fires, porch lights and the occasional flickering street lamps; all your run-of-the-mill yellow and white illuminations occurring in nature and Sylvania bulbs.

“But I also had the light of the television. A small screen wherein to sit vigil and become witness to the seductive glow. Every colour imaginable was there … I wondered what it was like to be Kim Novak bathed in the neon green hotel of [Hitchcock’s] Vertigo. So I found my way into the city and into the neon shop to finally become the woman in the light.” What Hush poignantly describes is humanity’s fascination with screens as they buzz and flicker – we are now in a world riveted by visual aura and moving image, where fictive models are just as interesting as the truth, and artificial light is just as alluring as sunlight. To bring back Scott’s ideas, “we are being coaxed into new lines of sight, encouraged to see both public and private, inside and outside, simultaneously.”

Many other well-known names have returned to the technical advances of yesteryear, which, when repurposed, can still create extraordinary lightscapes. Miguel Chevalier is one such example, who uses dated computers: “On a screen, colour is light. Red, green and blue electron (RGB) beams follow mathematic calculations and generate an infinite number of chromatic variations – a stream of 16 million numerical shades. Computers represent a fabulous dictionary of forms, on which basis I can modify and regenerate images.”

From RGB to CYMK and beyond, colour plays a crucial part in our understanding of the world. Consider the images printed within these pages, as opposed to their counterparts viewed through monitors, touchscreens and digital borders. Each shade carries its own connotations and is deeply connected to our emotions. Manchester-based Liz West – a finalist in the 2016 Aesthetica Art Prize – is another practitioner now recognised for a deeply experiential manipulation of colour in both studio spaces and built environments. The purpose: to extend the imagination beyond architecture and to redefine our involvement within place. West notes: “I’m interested in looking at how sensory phenomena can invoke psychological and physical responses, tapping into our own deeply entrenched relationships to colour.”

This interest is also picked up by the likes of Joanie Lemercier, whose practice manifests in optical illusions and trompe l’oeil effects, questioning reality through visual sensation. Somewhat comparably, Stouffer recognises those who incorporate the natural landscape into their work. This occurs most notably with Barry Underwood’s long exposure LED photography and Javier Riera’s projections. Riera states: “Geometry is the language that best describes the deep pulse of nature. In my opinion, projecting light is quite similar to painting on canvas, yet there is no physical substance – just a flow of electrons that disappears when the electric current is interrupted. When I finish working in a place, everything remains as it was before I started working there.”

What Riera picks up on is that the spectacle of light art – whilst offering little by the way of environmental disruption – is part of humanity’s new, transient language. The presence of code, the blue light of our phone screens and pixellated worlds are still being defined. Sculptors, designers and photographers using renders, virtual reality and trompe l’oeil are generating realities for humanity to experience. Celebrated installations such as West’s, Kusama’s and Nonotak’s are so popular because they help us to make sense of a planet that now – through digital spheres – is constantly performing, reassessing and rewriting our version of the truth.

Lust for Light is published by Gingko Press. www.gingkopress.com 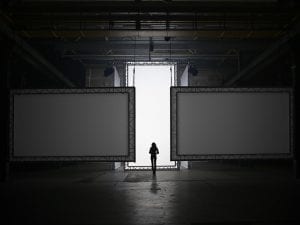 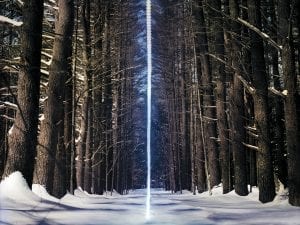 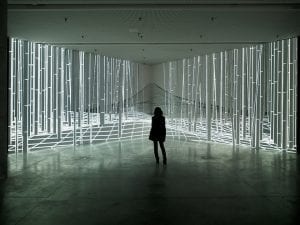 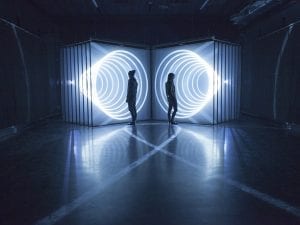 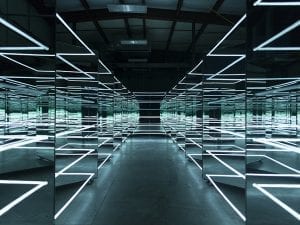 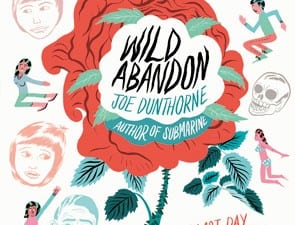 Set on a communal farm in Wales, Wild Abandon follows Kate and her younger brother Albert as they deal with the day-to-day struggles of living in a community outside the status quo. 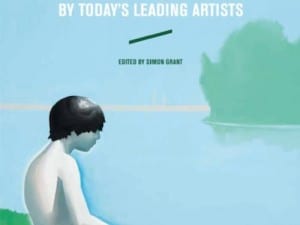 In My View is a valuable collection of vignettes, personal stories, moments and reflections from the contemporary art world’s most recognisable figures. 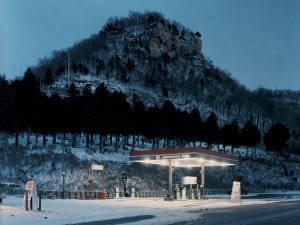