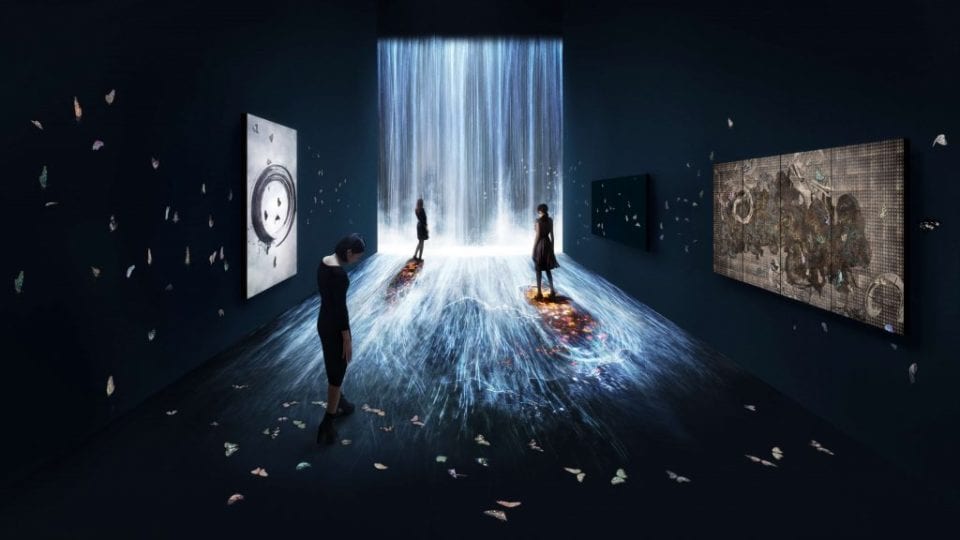 Within the digital domain, art is given the ability to transcend physical and conceptual boundaries, to break free from the frame and go beyond stylistic boundaries. With this agency, elements from one discipline fluidly interact with others, dissolving the distinctions between mediums. It is this philosophy that guides the innovative collective teamLab,  as demonstrated in a recent installation at Pace Gallery, London.

Transcending Boundaries roams fearlessly across a world of ideas, the three spaces it inhabits reimagines preconceived notions of the exhibition, observation and the creative process. Enabled and inspired by technology, teamLab examines the role such advancements play in the contemporary experience of galleries, and the outdated ways in which art is approached.

The largest room in the show features the Universe of Water Particles (2017), a piece that encapsulates many of the group’s ideas. It consists of a virtual waterfall that goes beyond the wall, flowing throughout the space beneath the feet of the viewer. It engages with what teamLab defines as Ultra Subjective Space, a notion which both adopts and reinvents the representations of spatial awareness found in premodern Japanese art. It is this concept that the collective uses to directly immerse and involve the viewers in the compositions, allowing them to interact and even determine the installations. As it is released from material substance, digital art revolves around people, with movement and behaviour visually altering the piece. This engagement results in the boundaries between the self and the exhibition becoming ambiguous.

TeamLab’s creations redefine what is meant by an immersive experience. In the following room, Dark Waves (2016) simulates the movement of currents in a three-dimensional virtual space – the water is expressed as a living entity that reacts to visitor’s actions, suggesting an intrinsic relationship to nature.  Flowers Bloom on People (2017) is activated upon the presence of the viewer. Using the body as a canvas, the piece projects a floral series constantly in flux, growing and scattering, fusing the figure and the display as one. Traditionally considered a solitary activity, Transcending Boundaries reinvents the experience of observing to be something inherently collective. The compositions react to every person, bathing them in the vivid palettes and illusions and breaking down the distinction between individuals.

Credits
1. teamLab, Universe of Water Particles (2017). Courtesy of Pace Gallery and the artists. 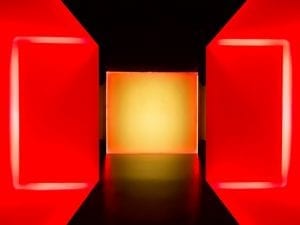 Into the Light (2017) ultimately dissembles traditional notions of architecture, subverting the ways in which viewers engage with liminal spaces. 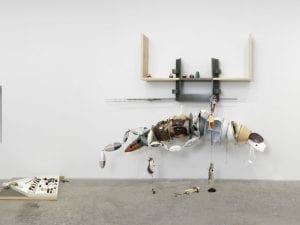