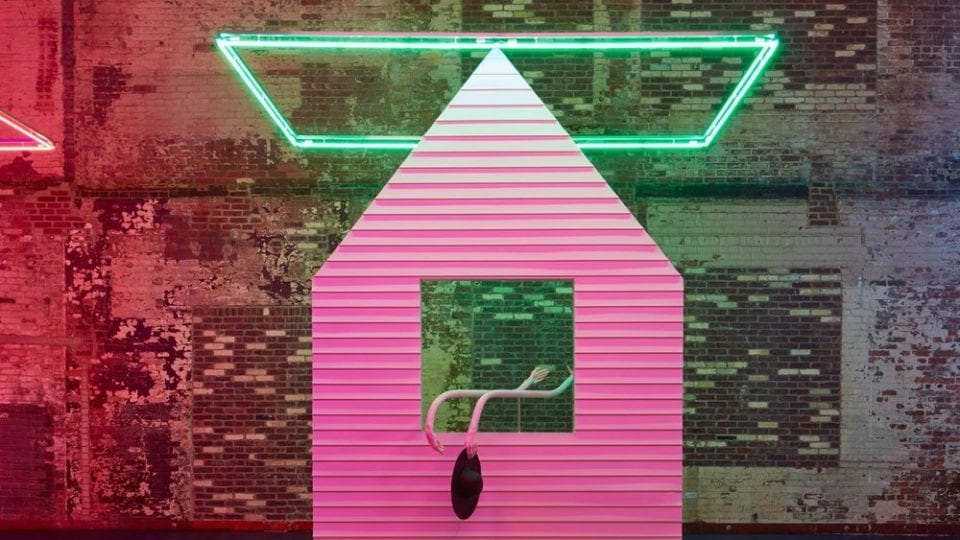 Manipulating and repurposing the everyday objects of consumer culture, Alex Da Corte (b. 1980) creates immersive installations which submerge the audience within otherworldly constructed environments. The American artist explores themes of alienation and human experience with a subversive humour, exposing the uncertainty of his materials in large-scale spaced. As such, the artworks examine cultural and psychological traits of desire, transforming the recognisable to disrupt the viewer’s sense of understanding and reason. Such deception operates to further isolate the spectator, distancing them from the ease of an unremarkable reality.

A key example is Lightning (2015-2016), an expansive and theatrical piece which combines, amongst other things, neon lighting, block-colour carpeting and artificial animal figurines. Previously on show at MASS MoCa, North Adams, this site-specific creation overwhelms visitors with a characteristic saturation of imagery, inundating spectators with sensory stimulation that is both tactile and kinetic. The garish nature of presentation is then further exaggerated by the ominous glow of the neon fixtures, distorting semblances of domesticity – plastic food and cartoonish ornaments evoke nostalgia in a way that is almost nightmarish. A Season in He’ll, A Man Full of Trouble, Le Miroir Vivant and Free Roses are amongst the other dystopian rooms that have granted the practitioner widespread acclaim, vivid, windowless spaces which create a static playground for passers-by.

Opening at secession, Vienna, in July, Slow Graffiti features a similar series of installations. Just as in the previously mentioned pieces, Da Corte consistently utilises the bright aesthetics of high culture alongside mass-produced items collected from flea markets, dollar shops and home improvement stores. Referencing Pop Art conspicuously, the works presented employ a bold use of colour alongside glossy advertising imagery. By incorporating personal narratives and symbols of celebrity figures, the lucid interior landscapes create an atmosphere rich in cultural context that is both visually dynamic and over-saturated.

As Da Corte states: “Sculpture is the unravelling of a familiar object” – a notion that is seen through the skilful marriage of geometric abstraction and a sense of the everyday. Altering both generic and branded possessions to upend their original functions and re-explore their formal potential, the resulting compositions create the possessive and addictive illusion of a fantasy world. 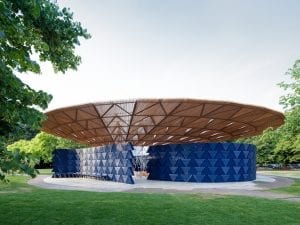 The 2017 Serpentine Pavilion has been designed by Diébédo Francis Kéré. Hailing from Burkina Faso, Kéré is the 17th architect to accept the commission. 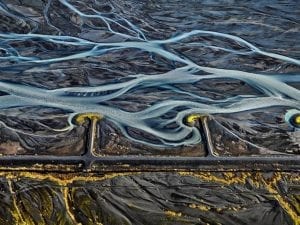