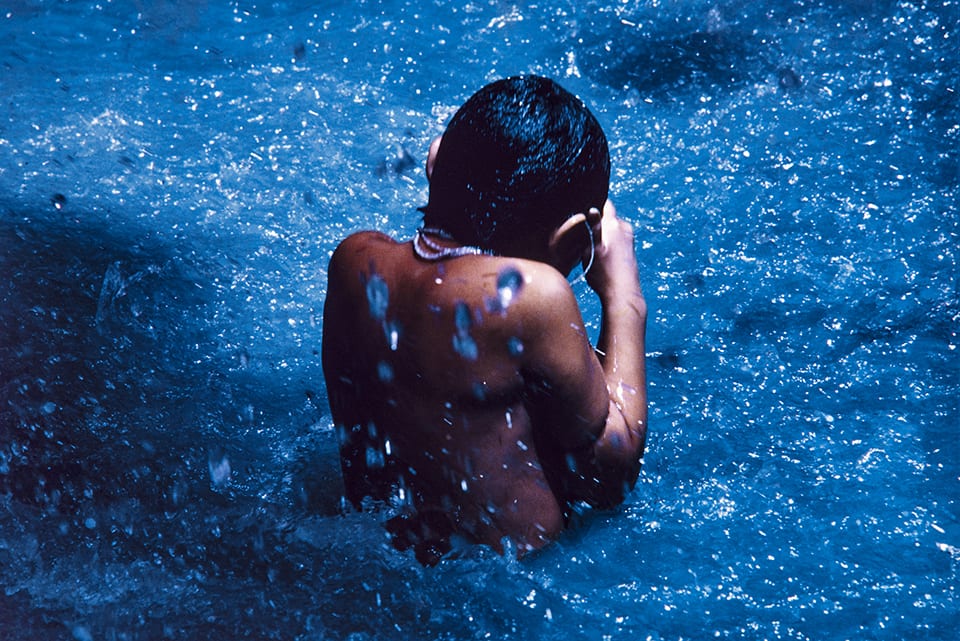 After half of Claudia Andujar’s family were killed in WWII, she dedicated five decades to photographing and raising awareness of the Yanomami people.

“It’s not only an artistic exhibition but a political project that features photography about other cultures. It’s about how we understand the world and what we can do to protect its diversity,” says Curator Thyago Nogueira. He’s talking about the new exhibition, Claudia Andujar: The Yanomami Struggle, now on show until 23 May at the Fundación MAPFRE in Barcelona. It’s part of a wider touring show, travelling globally to Fondation Cartier pour l’art contemporain in Paris; Fotomuseum Winterthur, Switzerland and Triennale Milano, Italy.

It’s a large retrospective showcasing the images and activism of Claudia Andujar (born Claudine Haas), who worked for over five decades with the Yanomami people, one of Brazil’s largest indigenous groups, with approximately 35,000 people. Including over 300 photographs, an audiovisual installation and Yanomami drawings, the show took four years of research for Nogueira, who is head of the Contemporary Photography Department at Instituto Moreira Salles, Brazil. “For two years I met her once a week and saw every single picture that she’d made, reorganising the archive in chronological order so I could understand her evolution as an artist – as well as when she abandoned the idea of being one.” he says.

Born in Switzerland in 1931, Andujar grew up in Transylvania, then newly named Romania after years as part of the Austro-Hungarian Empire. Andujar’s father was a Hungarian Jew and during WWII he was deported to Dachau concentration camp and killed; most of his family were murdered there or in Auschwitz. Andujar and her mother fled to Switzerland in a cattle train. In 1946, Andujar moved to New York to live with a paternal uncle who had tracked her down via the Red Cross. Having subsequently grown up in the Bronx and studied Humanities at Hunter College, in 1949 she married Julio Andujar, a school friend and a refugee from the Spanish Civil War. By 1953 they had split up, but Claudia decided to keep the Spanish surname for the years to come.

Andujar moved to Brazil in 1955 and, between 1956 and 1960, made three trips to photograph the Karajá Indians from Rio Araguaia – her first personal project. She also started working as a photojournalist, shooting projects such as a story on childbirth for Realidade magazine. The work was subsequently censored and withdrawn from sale. She also embarked on a story of the Xicrin ethnic group with her second husband, George Leary Love, which ended up on the cover of The New York Times Magazine in 1969.

“Even before Claudia started to work with the Yanomami, she was interested in discrimination – the vulnerability of the human being and the importance of respect,” says Nogueira. “She really felt desolated by the murders that happened to most of her family. The guilt of not having been able to fight for them was what gave her the strength to fight.”

Andujar first met the Yanomami in 1971 on a commission about the Amazon for Realidad and became fascinated by their culture. She applied for – and won – a Guggenheim grant, which allowed her to pursue an interest in the Yanomami through a more experimental approach. Photographing in the dense forest proved difficult, as the scant light coming through the tree canopy meant that it was necessary to use highly sensitive film, shutter speeds of 1/8 and 1/15 of a second, and an aperture of f3.5, which blurred rapid movements. But, keen to depict something of the Yanomami experience, she embraced this – and pushed it further.

She smeared Vaseline on the lens to produce atmospheric shots of the Yanomami at work and at play. Becoming more familiar with the culture, language and the importance of shamanism and ritual, she introduced multiple exposures and even slower shutter speeds – literally shaking the camera. There was also the introduction of infrared film, which at that time was being used by the federal government for the RADAM (Radar of the Amazonia) project to map the region beyond what’s visible to the human eye.

“Andujar started the project as a photojournalist, but then decided that this approach had limits – that it was not enough and didn’t offer what she wanted to do,” says Nogueira. “So she quit and found a grant as a practicing artist. The whole project was to understand the culture and offer a representation of that culture, not to give an outside point of view.”

In 1974 she started a collective drawing project, inviting the Yanomami to evoke both their everyday lives and their spiritual perspectives on the page. This also included shooting black-and-white portraits of individuals, using the little available light and a roll of film for each session – the length of time Andujar felt was needed to build up an intimate connection. When taking these portraits, she always positioned herself at the same height as the subjects, no matter whether they were tall or short, elderly or very young.

In the midst of this, the Yanomami’s way of life was coming under threat as the outside world increasingly encroached on their territory. Brazil had undergone a military coup in 1969 and, under General Médici’s National Integration Plan, a plan for the Perimetral Norte highway emerged – a road supposed to link the state of Amapá to Colombia, in the extreme north of Brazil. Construction started in 1973 and, though it was abandoned in 1976, left disease and conflict in its wake.

The aerial mapping of the Amazon had also revealed geological riches, so prospectors arrived. In addition, government policy was to integrate indigenous people into the rest of Brazil, via colonisation projects, farms, sawmills and building sites. In 1981 FUNAI, the Fundação Nacional do Índio [National Indian Foundation, set up in 1967] released a confidential report on The Question of the Yanomami Lands, which declared “the impossibility of preserving the Yanomami culture intact, in its current stage. Those who defend this aspect are unrealistic or do not accept the principle that the superior culture is dominant and absorbs the inferior.”

The people that Andujar had grown so close to were being hit hard. She wrote to the Guggenheim in 1977 stating that whilst spending two months in the forest, an epidemic of measles had killed 68 people. Thus started a new project co-founding the Comissão pela Criação do Parque Yanomami (CCPY) in 1978, an NGO which aimed to demarcate and protect the Yanomami territory and therefore their way of life. Andujar co-ordinated this group for 22 years and its first office was in her apartment in São Paulo; she also got involved in health initiatives, for example to help vaccinate the Yanomami against the new diseases decimating the population.

In this new phase, photography was used to different ends, returning to journalism to help promote the cause in Brazil and abroad, producing utilitarian portraits to keep track of a huge vaccination programme in the early 1980s. Those treated needed to be identified, but in traditional Yanomami culture, the idea of a fixed name doesn’t exist. Andujar made a practical decision to use ID numbers instead, which were included in the portraits. It was a contingent solution – but one she later looked at with new eyes and a considered ethical perspective. “When revisiting the archive for the first time, she connected the numbers to the history of Jews who had been sentenced to death [forced to wear yellow stars by the Nazis and tattooed with ID numbers in the concentration camps].”

As Nogueira writes in the exhibition catalogue – which was shortlisted for the Paris Photo Aperture Photography Catalogue of the Year – as a collective register “they reveal their more paradoxical side: the situation of those who need to be marked and photographed by a society in order to be saved from the violence imposed by that same society.”

“It is that ambiguous sentiment that leads me, 60 years later, to transform the simple registry of the Yanomami into the condition of ‘people’ – marked to live – in a work that questions the method of labelling beings for diverse ends,” Andujar explained, when including many of these portraits in the ambitious 1989 audiovisual piece, Genocídio do Yanomami: morte do Brasil [Yanomami Genocide: Death of Brazil].

In fact, using photography to depict the Yanomami raises another ethical question: what to do with a portrait when the individual shown in it dies. In traditional Yanomami culture everything relating to an individual is destroyed when they die to spare the relatives’ suffering, including burning their belongings and sometimes even erasing their footprints from the land. With this sentiment, the images should have been destroyed too, but, recognising how the pieces could be used to help the cause, the artist was given special approval by Davi Kopenawa, a shaman who became an important ally and spokesperson for the Yanomami. “Andujar realised creative endeavour was not enough so she started the NGO, then eventually realised it was important that the Yanomami speak for themselves,” says Nogueira.

This is something that Nogueira wanted to make evident in the exhibition. In 1992 the Yanomami territory was officially recognised and, though the struggle for their rights continued, it seemed that an important battle had perhaps been won. By the end of the decade, Andujar’s work had been accepted into the art world but the connection with her activism had somehow been lost.“In the early 2000s, she got her first gallery and the ethical commitment was not being addressed. I felt there was a story that was not being completely told – and that was being forgotten because of the distance from the fight in 1990s, when the land conflict died down. For me, it was important to show the complexity of the story, and how photography was used as a politicised weapon.”

And that’s an important factor because, with the election of Jair Bolsonaro as president of Brazil on 1 January 2019, Yanomami territory is once again under threat. Bolsonaro is on the record as stating that “if it depends on me, this unilateral policy of demarcating indigenous land on the part of the executive will cease to exist,” and Nogueira has included a video of him saying just this in the exhibition. As he points out, even if Brazil continues to demarcate the land, if the government fails to protect it, the demarcation is meaningless.

“To protect the area you need a lot of police and a lot of investment from the government, otherwise it’s just an abstract border on a map,” Nogueira says about the current situation. “But our government has no interest in doing any of that. The situation has now taken a very terrible turn. All the indigenous people in Brazil face a terrible moment.” 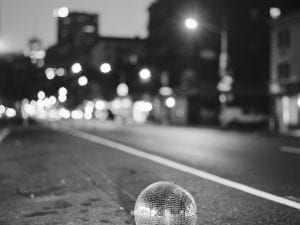 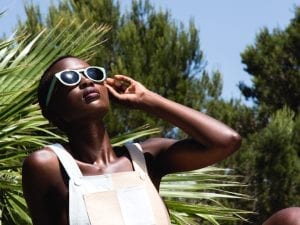 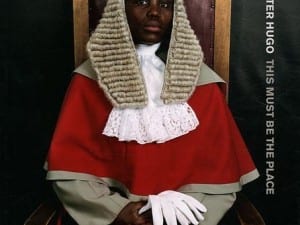 Pieter Hugo: This Must Be the Place

This book is an enthralling collection of portraits of Africa’s intense and sometimes tragic beauty, which showcases award-winning photographer, Hugo’s most important images to date.