1:54 Contemporary African Art fair has announced its fifth edition. With 41 galleries throughout Europe, the middle east and north America, and 18 from Africa – 6 of which will be shown at the fair for the first time – the participants total over 130 African and African diaspora artists. 1:54 has become one of the pioneering institutions to engage with transnational audiences with a vibrant and diverse creative tradition.

Fair director Touria El Glaoui is especially proud of this year’s range, including itse fresh-face contingents. Cameroonian photographer Samuel Fosso, for example, has been acknowledged as a master of studio portrait photography and is one of the new additions to the 2017 edition. Having captured the likes of Malcolm X and Angela Davis, Fosso is a key figure in documenting a poignant historical strand through a westernised and theatrical methodology, often embodied through a collection of self-portraits archived by his mother. Returning artist, Jackie Karuti, offers conceptually experimental work that explores  universal themes of death, sexuality and urban culture. Born in Nairobi, Kenya, she has undertaken residencies in South Africa, Europe and the United States, collaborating with several artists in film, photography and academic projects.

Alongside the exhibitions is a full cultural programme, FORUM, which features talks, events, film screenings and discussion panels of curators and artists, combating the contemporary discourse surrounding the fair’s heritage. FORUM Curator, Koyo Kouoh is also the Artistic Director of RAW, an initiative focused on the appreciation and promotion of artistic and intellectual innovation in Africa. Having curated the fair in 2015, Kouoh has stated that platforms such as this have “contributed to a greater curiosity and research into artistic environments that [we] were not even aware of.”

With a driving desire to further aglobal sense of gaze, the association continues to expand, with its first Marrakech edition in February 2018. As a celebratory gesture to the introduction of a new edition, several artists – including celebrated British-Moroccan photographer Hassan Hajjaj–- will be brought to London’s showcase. Further to this, the re-emergence of the 1:54 Lounge provies visitors with a place for reflection amongst the thought-provoking works, is designed by multidisciplinary artist Rashaad Newsome. Collaborating with the Vosay Collection, the artist assembles the space to balance the tension between mainstream hip-hop and traditional Afro-American customs, thus continuing his previously established interrogation of the western understanding of the Surrealist, Dada and Cubism practices, with which he identifies.

African art has become increasingly lucrative, having previously been considered a to contribute to a small portion of the international market. Earlier this year, Sotheby’s, in its inaugural auction of contemporary African art, exceeded its own expectations with a record-breaking sales total, with  individual performances excelling their estimated value. However, this developing financial market is simply catching up with the enduring history of cultural vitality and technical excellence of the represented genre. 1:54 provides a promising international platform for emerging and established artists, ensuring that the fruits of this withstanding creative faction are not forgotten or omitted from the wider industry’s awareness. 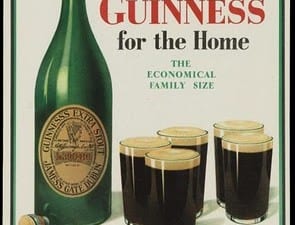 1:54 Contemporary African Art fair has announced its fifth edition. It has become one of the pioneering institutions to engage with transnational audiences. 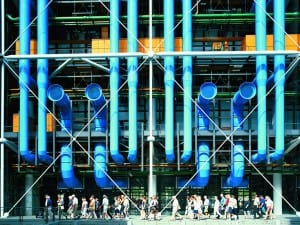 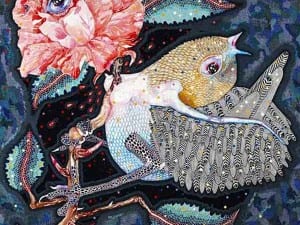