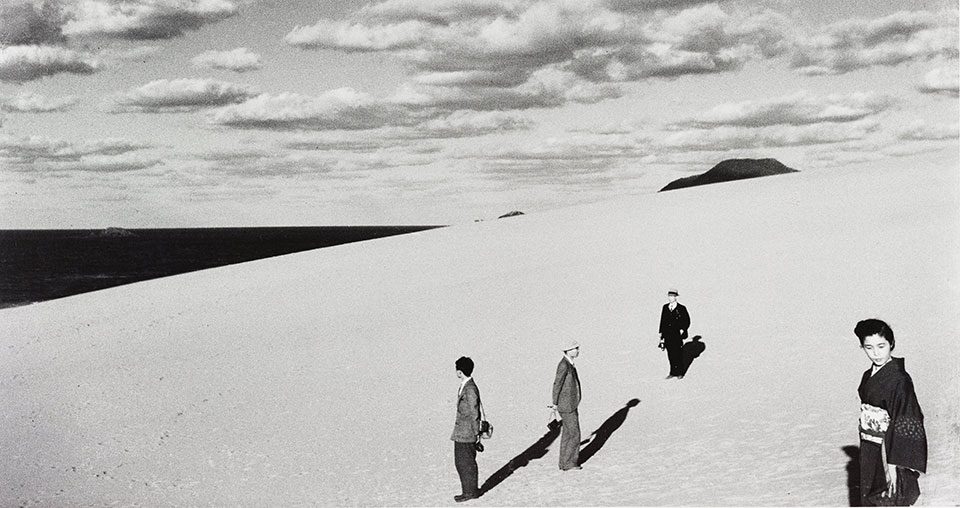 Growing up in the years that followed WWII in Yokosuka, Miyako Ishiuchi both hated and feared the industrial city that played host to an American naval base. She returned to the area as adult starting in the 1970s to document the neighborhood around the military installation, producing a series of dark, grainy photographs where her revulsion for the place – and some of the people who passed through it – is clear. This is the stuff of nightmares. And now, it’s also part of a collection of Japanese prints on view in Washington.

When self-taught photographer Shomei Tomatsu traveled to US military bases spanning Japan from Hokkaido to Kyushu to document the American occupation, he did so as a “pilgrim,” uncovering traces of the past in places like Nagasaki many years after the Americans dropped the nuclear bomb there. There’s a wristwatch stopped at 11:02 on August 9, 1945 – the moment that changed everything – that Tomatsu photographed more than 15 years later, to another of a glass bottle twisted and deformed by the bomb like so many human lives. Then there are portraits in his signature style, such as Prostitute, Nagoya (1958), where smoke protrudes theatrically out of a woman’s nostrils like dragon smoke as she holds her anxious gaze toward the viewer, her body filling the entire frame.

It’s enough to lose one’s sense of place. But as these images demonstrate, Japanese photographers who practiced their art in gritty postwar Japan documented shifting identities as the country transformed radically and eventually emerged anew after the humiliation of two nuclear bombings, defeat and the end of imperial ambitions. Meandering through the charred ruins of Tokyo’s Ginza and Ueno districts, Tadahiko Hayashi trained his lens on street children and soldiers, while others like Shigeichi Nagano and Gasho Yamamura captured unsettling images of children playing in and around US military bases and housing complexes. There are barefoot Japanese boys wearing filthy rags and smoking cigarettes in Nagano’s prints, while Yamamura’s show American boys pressing their contorted faces against chain-link fencing or one wearing a helmet and wielding a toy gun.

Perhaps by necessity in a place where picking up the pieces was a matter of survival, photojournalistic approaches were widely adopted. Some went against that grain. There are Shoji Ueda’s slightly surreal scenes of relatives mingling in vast expanses, the Karasu (Ravens) series by Masahisa Fukase of blackbirds and shapes reminiscent of crows – created after his wife had left him and he returned to his family home in northern Japan – or Teiko Shiotani’s almost abstract compositions of the 1920s where the sky and seashore predominate.

A variety of prints, including some of the popular, brightly coloured Yokohama-e, offer a contrasting vision in a separate room at the Freer/Sackler to the searing photographs pulled from the museum’s recent acquisition of the Gloria Katz and Willard Huyck collection. The advent of photography in Japan ultimately doomed the traditional woodblock-printing industry, through printmakers adapted their style and subjects to become more contemporaneous.

In a separate show at the BMA an hour’s travel away in Baltimore, some of the same prints are shown along with others by Japanese as well as Korean, Chinese and Vietnamese photographers born between 1929 and 1980. Each of the several dozens photographs, prints and books – some black and white but others in colour – explore the evolution of a time, be it a memory, myth or possible future. Noh Suntag questions the otherwise accepted uniformity of the collective at North Korea’s Arirang Festival celebrating the ruling Kim family by showing the inescapable variances in individual dancers performing as part of a massive, colorful choreographed piece.

The sky becomes the protagonist in a target practice aboard the USS Peleliu captured by An-My Lê, who fled South Vietnam as a teenager in 1975 and later spent nine years documenting US Navy battleships as well as vessels engaged in humanitarian and other missions. Mythology, symbolism and theater go to the heart of Eikoh Hosoe’s work. In Simon: A Private Landscape, (1971), the photographer had performer Simon Yotsuya assume poses as a transvestite clown in and around Tokyo, much as he had captured Butoh dancer Tatsumi Hijikata’s spontaneous interactions with the countryside in northeastern Japan years before for his Kamaitachi series. Xiaoze Xie’s highly evocative photolithograph Fudan University, Anthology of Poetry of the Eight Dynasties (2015) has a rough-edged undersheet stained in red ink. This vibrant edge contrasts sharply with dark stacks of books in advanced stages of gradual decay. Time is transient and the future of the knowledge contained within the covers is just as uncertain. 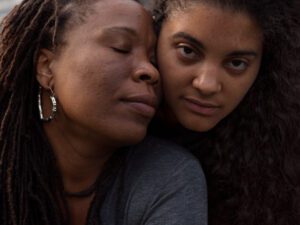 A Tribute to Devotion

What constitutes a photograph? Is it the moment the image is captured? Or the interactions that informed it? Elle Pérez focuses on the space in between. 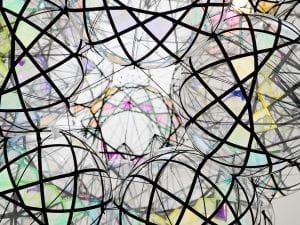 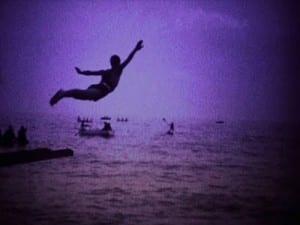