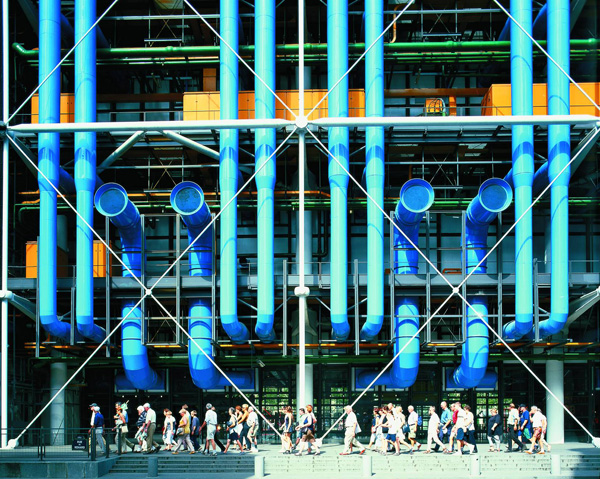 The Royal Academy’s retrospective of the work of Richard Rogers- the architect behind such iconic buildings as the Centre Pompidou in Paris and the Millennium Dome in London- is dedicated to exploring the conceptual strategies that shaped the architect’s evolving practice. Throughout much of his career Rogers has sought to realise his unique vision of the city as the architectural manifestation of the “high point of human achievement” and, as such, his use of light building materials and open frame architecture creates a strong feeling of accessibility to the cultural and official services they encase.

The colourful display of scale models, intricate blueprints, and axonometric drawings of built and un-built projects, along with documentary materials such as photographs and diary entries, illustrates Rogers’ commitment to a modular planning system. This system- based on the proportions of the human body- provided Rogers with a means of humanising his buildings’ interiors. One example of where this can be seen most effectively is in the design of the Law Courts in Bordeaux, a building which is explored in depth throughout the exhibition.

In response to a brief that called for the creation of a space in which the different architectural and procedural components of the judicial process would be segregated, Rogers designed a futuristic public space where ease of circulation is facilitated through positioning the administrative offices around large open spaces, and each of the seven individual law courts take on the shape of futuristic pods. Although they occupy their own distinct zones within the building, the pods are integrated into the fabric of the building through open staircases that create an overall feeling of fluidity, and their light-filled interiors sanctify the enclosed spaces. As Rogers explains, with this commission he aimed to humanize the judicial process through emphasizing the role of the courts in performing justice, and to divert attention away from the nature of the crimes it considers, and the punishments it doles out.

The layout of the exhibition itself is also an example of Rogers’ vision of redesigning public spaces into environments that encourage accessibility, and promote interaction and the exchange ideas. For example, a third room closed on one side by stepped seating features a library carousel and a coffee outlet powered by a bicycle. In this room, one of the key questions that the exhibition poses to the visitor is the issue of absorbing urban growth in a sustainable way. Using examples of large cities such as London- whose projected growth is expected the reach a further two million residents by 2033- the maps, charts, and wall text in this room propose innovative housing and transport solutions that could support growth, while improving its residents’ quality of life through the preservation an expansion of green spaces. The idea behind this room is to create an opportunity to relax over a cup of coffee while perusing the selection of books, and there is even an idea board placed thoughtfully in the corner where visitors can write down the fruits of this exercise. 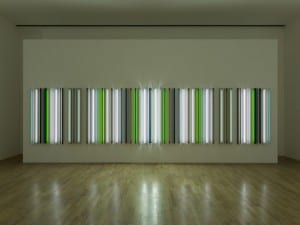 Robert Irwin’s new work is on show at Pace Gallery for the first time. The exhibition documents Irwin’s involvement in the Light and Space movement during the 1960s in Southern California. 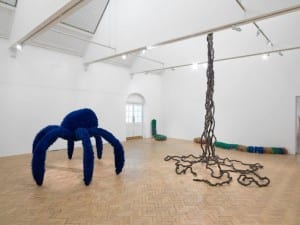