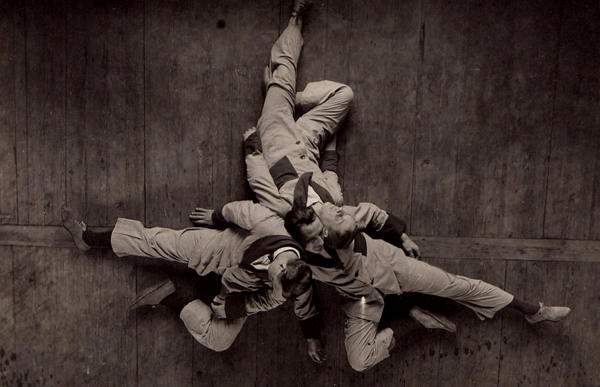 GRAD aims to spark new ideas through providing international audiences with insights into Russian art, design and culture. Through costume designs and period photographs, this exhibition explores Bolt, Dmitri Shostakovich’s ballet written in 1931, a musical experimentation full of skulduggery and drunken conspiracy, which was forbidden to stand on stage for 74 years as it was suspected to be a satirical piece, mocking the Soviet authorities. In fact, constructivist values are reflected in all of Bolt, with Shostakovich commissioned by the Moscow Art Theatre to compose the score to a ballet that would serve and support the goals of socialism and communism. Combining circus music, waltzes, marches and tangos together with popular tunes, the composer envisaged the piece to be a celebration of the proletariat.

The ballet is based on a true story and tells of the exploits of Lyonka Gulba (“Gulba” in Russian meaning “idler”), an indolent worker who persuades a young man to throw a bolt into his factory’s machinery, sabotaging the production of his workplace in revenge for his being sacked. This industrial production featured real hammers and machine-inspired choreography, embellished with aerobics and acrobatics, with several passages mimicking the swishing and hammering sounds of modern factory machinery.

Devised in collaboration with the St Petersburg State Museum of Theatre and Music and curated by GRAD’s Elena Sudakova and Alexandra Chiriac, this display will feature the witty and grotesque costume designs by Tatiana Bruni which bring to life bringing to life the host of comical characters that populate the ballet: from the Sportsman, the Textile-Worker or the Komsomol Girl, to the Drunkard, the Loafer and the pompous Bureaucrat. Bruni’s designs have been called “the apogee of post-revolutionary Russian experiments in stage design” and were inspired by the aesthetics of artist-designed propaganda posters, and display the visual art and literature which were on the cusp of monumental change in 1931 Soviet Russia.

With period photographs bringing the neglected story of this tumultuous production to light – from its debut at the Leningrad Academic Theatre of Opera and Ballet in 1931, its unfavourable reception and closure, to its reconstruction by Alexei Ratmansky for the Bolshoi Ballet – Shostakovich’s original blend of proletarian music genres is played throughout the gallery space, to catapult the viewer to early 1930s Russia and evoke the daring choreography of Fedor Lopukhov.

That Bolt was produced in 1931 is significant. Visual art and literature were on the cusp of monumental change in Soviet Russia, after a series of political and artistic revolutions had changed the course of modernist art and modern history. 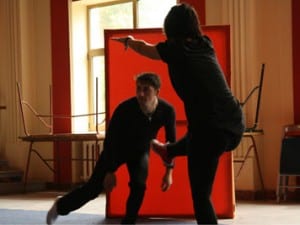 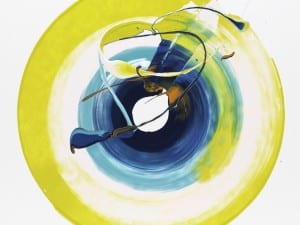 Boo Mitford is an artist who comes from a famous line of creative people; the descendant of the famous Mitford sisters is finally releasing her work after 10 years working behind closed doors.