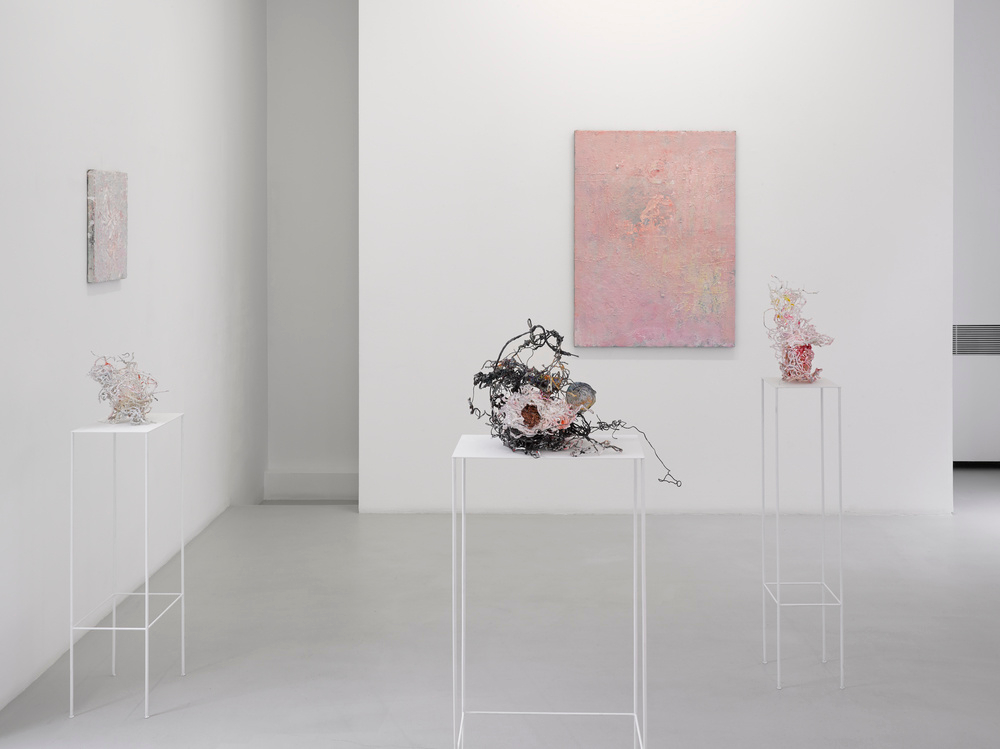 Rodney Graham’s current exhibition at Lisson Gallery in Milan features new works that heighten a previous impression by simultaneously seducing and repelling the viewer. Complex compositions, smooth colours, and luscious surfaces – along with subject matter that is curious, materially charged, or simply alien – draw the viewer deep into imaginary worlds constructed out of pipe cleaners. Once there, however, the fading traces of those same colours, the intricate density of the compositions, and the rough, irregular, or uncanny skins and narratives force us back out, disturbed by what had intrigued us a moment before. These competing sensations are what give these unexpected new works their core power, allowing them to stay perpetually dynamic, complete, and yet never closed in on themselves.

Here, an emphasis on character over storyline again emerges as one of the differences between the work of Rodney Graham and fellow members of the so-called Vancouver School, post-conceptualists who are known for staged photographs with high production values. Graham’s fictions, however, frequently present protagonists whose circumstances we can guess at but never really know. At Lisson Gallery, Graham’s aim is to show the metaphorical dimension of the pipe-cleaner artist, pervaded by an implicit element: a new tribute to Italy.

“Music opened up my practice,” said Graham at the exhibition opening. “It opened to other possibilities, but I have never really successfully integrated my music practice into my art-making except on a few occasions. It remains a hobby. There’s a song on my new album called Don’t Give Up the Day Job. Hobbies are important. I find song-writing very, very difficult, though. I have been trying to write a song about the death of Luigi Tenco for at least four years. It was when I did the show at Studio Casoli that I became acquainted with Italian popular music of the 1960s and 1970s through Ornella Vanoni. Through her music I discovered Gino Paoli and eventually Tenco, who I admire greatly.”

Following this line of thought, the Canadian artist’s three-dimensional works and paintings cast him as a pure maker of abstract sculptures and surfaces that supposedly date from early- to mid-1960s Italy. The pieces at Lisson Gallery recall Graham’s Pipe Cleaner Artist, Amalfi, 1961 (2013), presenting a simultaneous journey through space and time. Despite their sometimes cryptic references, Graham’s fictional self-portraits are anything but hermetic here, and no more central. Rather, they are accessible, humorous and beautifully crafted. On the walls, a light-box diptych portrays the artist in a frugally furnished room, meditatively knotting pipe cleaners into airy nets.

“I had a different idea for the show originally, but I changed my mind when I thought more deeply about the context of the city and my relation to it. Many years ago I visited a gallery in Fontana’s old studio,” explained the artist. “There was still stuff in the basement: boxes of pigments – things like that I remember. Copies of his Manifesto Bianco. I recollect the garden, too. The tree under which Fontana was photographed working on a painting. This was one of the photographic images that later inspired a large-scale photo work realised a few years ago, the Pipe Cleaner Artist. The character in the photograph, played by me, was a northern artist (like Asger Jorn, another model for me – the photo replicates his studio in Albisola) who came to Italy to work in the 1960s and who was influenced by Fontana, Manzoni, Klein, and to an extent, Fautrier.”

This tense push-and-pull of forms, time and illusion creates a dialogue with the viewer, as if each work began a thought that trails off in an ellipsis, inviting us into the piece in order to complete the idea. Despite this invitation, the challenging and disquieting nature of these works frustrates the exchange and undermines our assumptions about representation and reality, leaving us pleasantly unsettled. 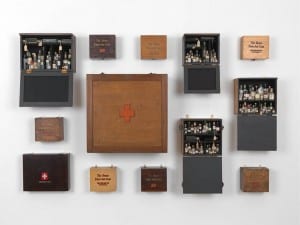 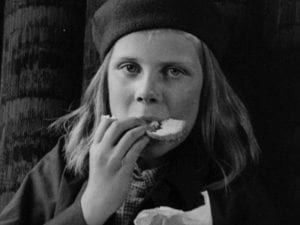 Performer/Audience/Mirror: Lisson Gallery highlights the dynamic medium of film. The work on view spans hours accommodating the work of 18 conceptual artists, and extending behind the gallery. 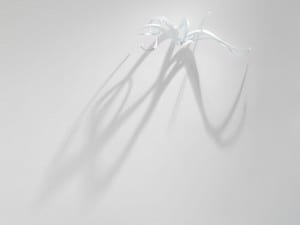 For her eighth exhibition at Lisson Gallery, Shirazeh Houshiary presents a series of large-scale works in pale ocean hues – pencilled with words, sprawling like branches or undulating ripples.