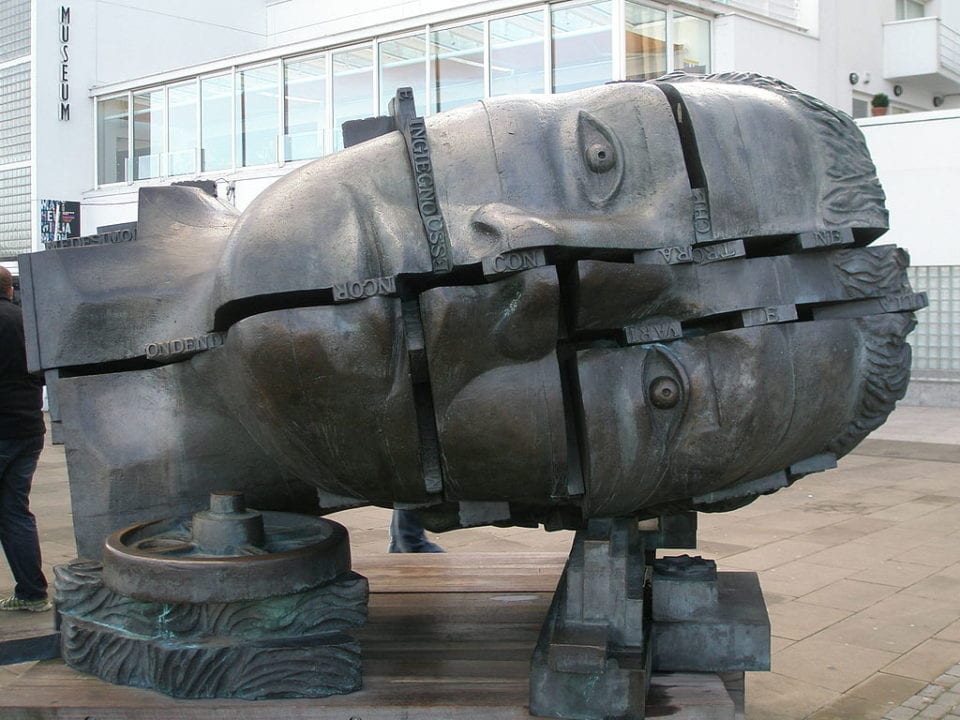 Whitechapel Gallery is looking back and assessing Eduardo Paolozzi’s (1924-2005) spectrum of work across a range of disciplines, including collage, sculpture and print. The critical retrospective charts the career of a man who was considered the “godfather of Pop Art”, and one of the most evocative and innovative British artists of the 20th century. From the 1950s to the early 1990s, Paolozzi challenged creative standards through constant interdisciplinary experimentation.

Spanning five decades, it presents more than 250 pieces from public and private collections alike. His practice underpinned by radical explorations of material and form, interweaving processes and technologies in a consistent rejection of preconceived notions of aesthetics. Rarely displayed compositions, encompassing both drawing and sculpture, shed new light on lesser known dimensions of his career. Daniel F. Herrmann, Eisler Curator and Head of Curatorial Studies at the gallery, notes: “Paolozzi broke all conventions of art and consistently reinvented himself and his work. His voracious appetite for experimental forms, processes and ideas makes his work so fascinating to contemporary artists today”.

Four distinct chronological sections chart the development of his trademark style and his continuing cultural relevance. Seagull and Fish (1946) and Blue Fisherman (1946) demonstrate his early practice in concrete sculptures. Material from the performative lecture Bunk! (1952) and Cocktail Dress (1953) trace Paolozzi’s journey into textiles, stage, fashion and design. This section of early compositions demonstrates his inclination to question creative conventions, to combine the established boundaries of art with popular culture. This sustained investigation with alternative mediums and methods continued throughout the 1960s, a practice which resulted in iconic aluminium sculptures such as Diana as an Engine (1963), and print portfolios, including As is When (1964) which portrays the novel use of pattern, colour and culture across a range of different media. The exhibition comes to its conclusion in an exploration of work from the late 1980s to 1990s, including Head of Intervention (1989), a series of sculptures which reveal his recurrent interest in figuration, alongside a characteristic subversive approach to the traditional notions of the art object. 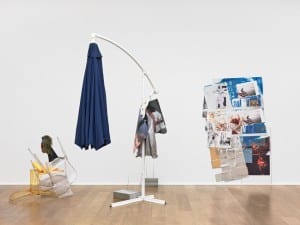 In 2014 Olafur Eliasson’s Riverbed took over the Louisiana Museum of Modern Art, Humlebæk, for the museum’s first solo exhibition of his work.