Review of Images Moving Out Onto Space at Tate St. Ives 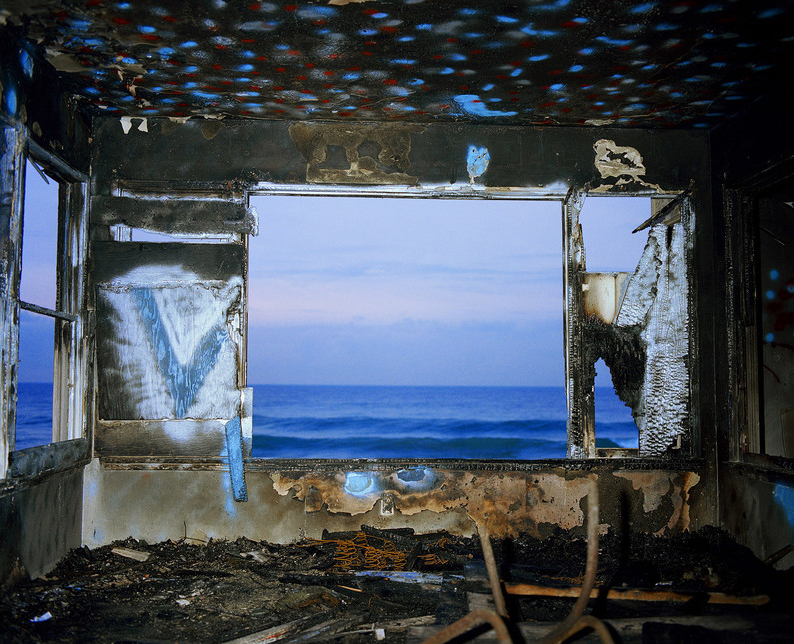 What happens when art works are set in motion, when they move around the gallery or out into the world? Such questions are at the heart of this exciting exhibition currently showing at Tate St. Ives. The concept of the moving image hits the viewer full on from the very first gallery: an impressive selection of some of Bridget Riley’s most hypnotic monochrome prints from the 1960s is wonderfully paired with the striking sculptural work of Liliane Lijn, including her revolving light Koans. Everything appears in motion; from flat canvases that play tricks on the eyes to erected rods and cones, everything spins, plays with light: every image moves.

At the heart of the exhibition the viewer encounters the original IMMOS from Cornish artist Bryan Wynter. The experimental kinetic construction aimed to animate the open space left between the painting and the audience, and the eerie coloured cardboard cut-outs that spin before a parabolic mirror do succeed in creating a strange bridge in our vision; I saw innumerable visitors suddenly stop, caught at the one line painted on the floor where you can see the illusion at its best, hypnotised by the hologrammatic effect as the artwork leapt into focus.

Less obviously “moving” images prove to be just as compelling, as in John Divola Zuma’s 1970s photographic series of derelict Californian beach huts that presents a desolate but beautiful portrait of the changing state of quotidian space. His insightful portraits of the abandoned huts highlight the process of evolution and change our manmade environments endure. His subject becomes the canvas of life itself, his camera questioning what happens to buildings when life is stripped away. These inquiries are brought forward in intense colours: beauty is found in peeling paint, the irregular rips in faded wallpaper, slapdash graffiti tags. Even through the desolation and destruction of these huts Divola Zuma reveals a brilliant alien allure that persists in the unkempt and abandoned spaces.

A similarly other-worldly tone is found in the work of Nicolas Deshayes (Tate’s most recent resident artist). The walls of the final gallery may be lined with his bleak moonlanding-esque landscapes, but it is instead his more intricate work in the previous galleries that entrances, such as the gorgeous Jetsam Ennui, a series of anodised tables that act as plinths to several sculptural works from the Tate’s archive (including works by Frank Dobson and Elisabeth Frink). Artwork frames artwork: the bust of a man and a woman sliced at the torso give way to their mounts, melding with the multi-coloured tables to establish a new kind of life as they interact.

Rivane Neuenschwander’s interactive installation I wish your wish is undoubtedly one of the most engaging of the artworks on display, and certainly where most people find themselves lingering. The piece is charming; the gallery walls lined with hundreds of coloured ribbons printed with the wishes made by local people, openly inviting the viewer to take away a wish and replace it with one of their own. The piece provokes Neuenschwander’s fundamental interest in ‘the permanent state of change’ art can maintain. One of the most revealing traits of the artwork is which wishes remain and which have been taken away. The rarer the find the more popular the wish: some are obvious “I wish for true love” “I wish to always be curious” and then there are the more sobering, and stranger – the worryingly popular “I wish for an easy death” speaks volumes. Yet the wishes given and those taken away create a harmonious symmetry, a strange purging and therapeutic emptying as people come and relieve themselves of worry and take away a sliver, a literal coloured ribbon, of hope. As I wander back through the narrow streets of St. Ives, I spy several ribbons wrapped around wrists and realise this continued carrying of art out into the world might perhaps be the ultimate image moving out of space, art trickling out of the gallery and onto the streets, one ribbon at a time.

Credits
1. John Divola, The Zuma Series, 1997. Courtesy of the artist and Tate. 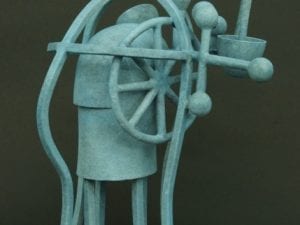 Stephen Daly has followed an inevitable course towards studio work as a sculptor, using a variety of materials and experiences as inspiration. 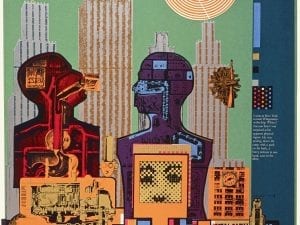 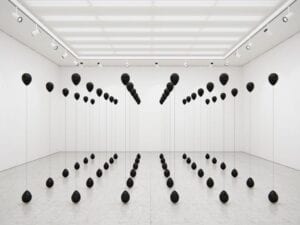 Sculpture is evolving. It holds up a mirror to our increasingly digital world. 5 artists from the Aesthetica Art Prize demonstrate innovation in 3D.