Ten years on from the death of visionary conceptual artist John Latham (1921–2006), his works still strike the viewer as remarkably contemporary. The presence of chance, coincidence, and unplanned movement is palpable in his spray paintings from the mid-fifties to the nineties. For Latham, the qualities of spray paint made new approaches to form possible, by the very fact that the convergence of the sprayed pigments – and their intensity and direction, depending on the hand wielding the can – laid bare the arbitrary and physical process by which they become a shape.

Lisson Gallery’s task in covering such a long period of the artist’s work is considerable, but focusing on his spray paintings has both provided an aesthetic cohesion for the viewer and captured the process by which he brought his interest in the relationship between art and time into form. Latham developed his own philosophy of time, the “Event Structure”, which purports that the components that make up reality are not the particles of a whole, but the ‘least event’, arriving in its totality – the least departure from the state of nothingness. A conceptual thinker and innovator in more than just his solo practice, he ran a seminar in 1966 for his students at Central St Martin’s during which they chewed and spat out Clement Greenberg’s tome Art and Culture. The remains were returned in a vial to the university library; his distaste for rule books, and his defence of destruction as an equal act of creativity, in one.

From Lantham’s early works such as the monochrome Sleep (1955) to his experiments with roller painting in the mid-1960’s, there is an evolving yet persistent interest in the in-between spaces of abstracts and figuration, where these constant oscillations suggest a way to capture the ‘event structure’ of time. In the midst of an art practice that foregrounded spatiality, Lantham’s attempts make the mechanical functionings of temporality apparent through the creation of paintings prone to accident, mistake or disfiguration, by the slightest slip of how long the spray can is held above the canvas. They remind us that form is as equally determined by time as by space. Indeed, in smaller yet absorbing pieces like Winter Landfall (1965), the two determinants are posited side by side as collaborators. The spray-painted black hexagon on the right is like the doppelgänger of the one on the left – which seems white, but is actually blank space outlined by the splatters around it. This positing of temporality as equal to or even above spatiality in importance came to its full expression in the 1970 series Noit (One Second Drawing), where each piece bears a time stamp recording its exact moment of creation – of the moment it passes from nothing to being the ‘least event’. The mark gains its significance by its intervention in time, not just space.

Three later works from 1990 provide a titillating glimpse into Lantham’s social commentary, usually overshadowed by his conceptualism. His 1966 Niddie series positioned shale heaps from the early oil industry located between Edinburgh and Glasgow as artworks, and three 1990 spray paintings on display here revisit these past works, re-representing the forms of these environmental pollutants in red.

As a conceptual artist in a sense wider than that of a creator who works with physical materials to convey ideas, he was someone who practiced art as just one part of a larger expression of their philosophical perspective and understanding of reality. As such, it is a bit of a stretch to argue that the selection of spray paintings Lisson here presents single-handedly conveys this fuller picture of the artist. Some accompanying research or at the least, reading the exhibition material is quite crucial. However, this by no means takes away from these bold and absorbing works and their effective curatorial treatment, which so well convey the material manifestations of his conceptual framework. 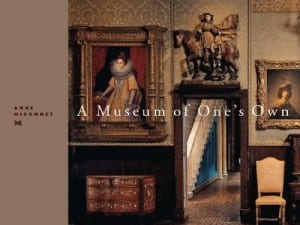 A Museum of One’s Own: Private Collecting, Public Gift

Higonnet explores her fascination with “collections”, and how an individual’s taste within a contemporary era are captured in personal art ensembles. 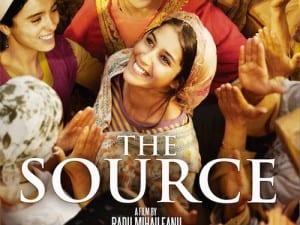 The wry humour woven through this initially subversive battle of the sexes never really goes away, even as the drama takes on a harsher, realist perspective. 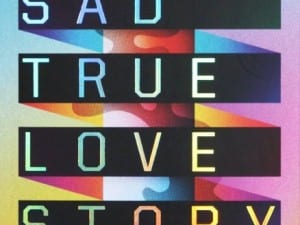