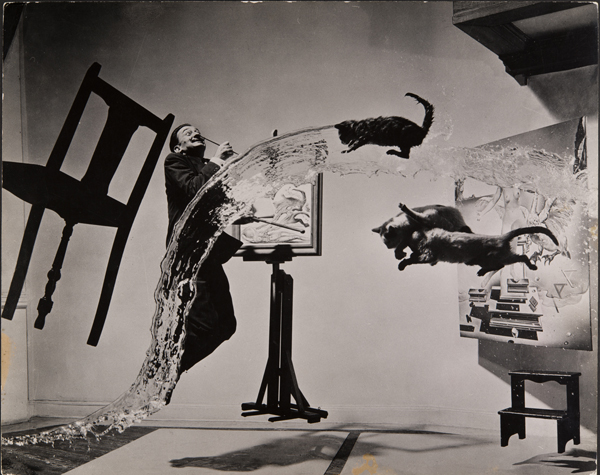 Over 300 photographs and documents will expose the extraordinary career of one of the 20th century’s leading photographers at Philippe Halsman, Astonish Me! Open between 29 January and 11 May, Musée de l’Elysée’s retrospective will showcase the entire career of Halsman, from the beginnings in 1930s Paris to his longstanding success in New York between 1940 and 1970.

Halsman’s work is characterised by its playful nature and attempts to reveal the real character of the subject. Although a large proportion of his work is celebrity portraiture for major American magazines, he was committed to pushing the boundaries of his art and bringing in elements of the avant-garde to seemingly traditional assignments. The exhibition is divided into four parts representing notable periods, collaborations and themes in Halsman’s life and work: Paris in the 1930s; Portraits; Mises en scène; and Halsman/Dalí.

Following the wrongful conviction of the murder of his father in 1930, Halsman moved to Paris where he began his career as a photographer. During 10 years spent in France, Halsman developed his reputation as a great photographer through collaborations with several publications including Vogue, Vu, and Voilà and multiple exhibitions at the avant-garde Pléiade gallery. Halsman distinguished himself through his portrait technique and explored various genres including views of Paris, fashion and nudes. With the arrival of World War II, the photographer was forced to flee to America to escape Nazism and it is in New York that he created some of his most iconic portraits. Capturing the images of Marilyn Monroe, Richard Nixon and Albert Einstein, among others, he produced an astonishing 101 covers for Life magazine.

Central to Halsman’s unique style were numerous collaborations with Salvador Dalí, The collaborative efforts of the two artsits spanned 37 years and combined the technical skill and inventiveness of Halsman with the performative nature and surreal styling of Dalí. Typical of this creative pairing is Dalí’s Mustache, a book entirely dedicated to his unusual facial hair, illustrated through eccentric photos with bizarre settings. Another key trait “jumpology”, is a technique established by Halsman whereby he photographed people in the middle of jumping in order to create a more natural, spontaneous portrait which he hoped would reveal hidden elements of their personality. There are over 170 photos in this humorous style, with subjects including Brigitte Bardot and the Duke and Duchess of Windsor. Halsman’s photography is invested in illuminating the private nature of his subjects and forcing them to release, if only for a moment. 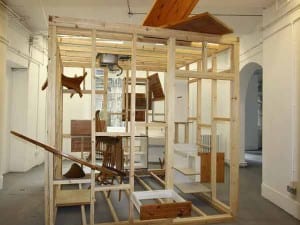 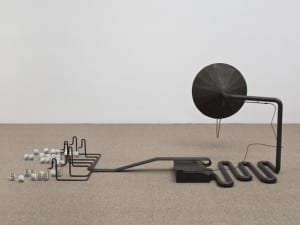 Mark Manders’ Cose in corso is currently on display at Collezione Maramotti until 28 September. Bringing together found, reconstructed and reinvented objects, the exhibition is a kaleidoscopic series of organic constellations. 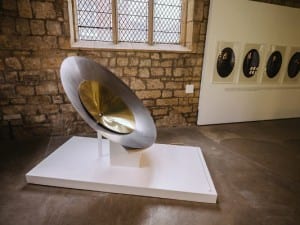 Exciting times lie ahead as we move into the phase of one month left to submit your work to the Aesthetica Art Prize. Cass Art highlights this Prize as a must for artists wanting to make a significant impact upon the art world today.