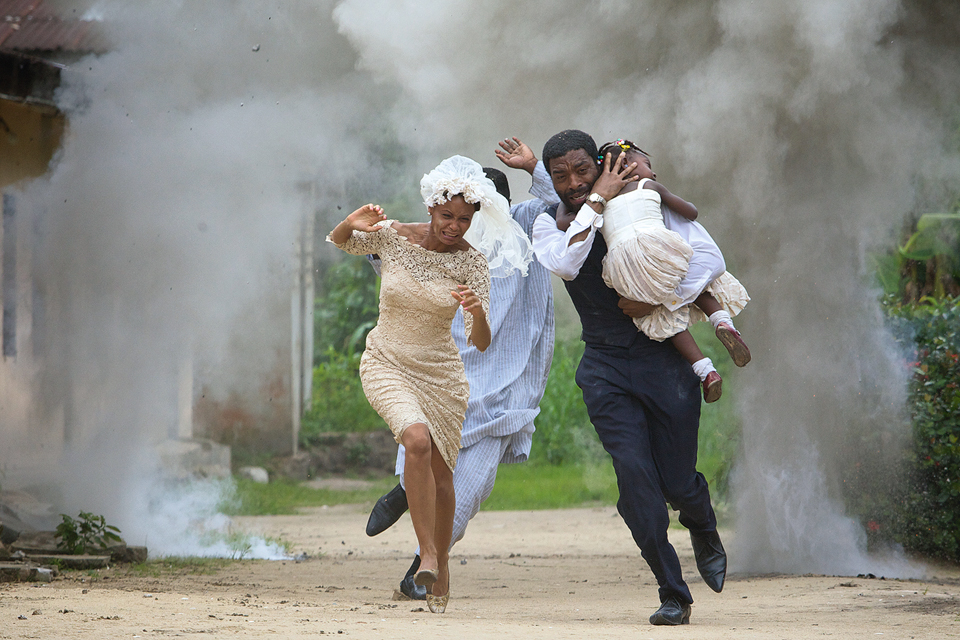 In comparison to watching a film, where the viewer witnesses a particular interpretation of an event, immersing oneself in a novel is a deeply personal experience. Novels take up significant chunks of our time; we dip in and out through busy days and weeks, interspersing their words with those of our real lives and it’s no wonder that readers feel an intensely emotional attachment to the characters that they have helped to create. It’s little surprise that when a well-loved book is adapted for the screen there’s a debate about staying true to the original; however, this “original” is a version each reader has in their head, which differs immensely from that of other readers.

In transforming Chimamanda Ngozi Adichie’s Orange Prize-winning Half of a Yellow Sun for the big screen, director and screenwriter Biyi Bandele made the brave decision early on to completely embrace the new medium and not be dogmatic in his faithfulness to the novel. “Essentially my job is to alter it for the screen. In changing to different mediums you cannot be literal. If you’re translating German or French into English, you have to use idioms and it’s exactly the same with cinema.” As a novelist, playwright and screenwriter Bandele is passionate about literature, and this passion was his “prime motivation” in commencing the project: “I’m a writer but also a reader and a viewer, so when I like a book I want to share it with people.” He first met Adichie in 2005 before Half of a Yellow Sun’s publication, was immediately taken with the story, and lobbied Andrea Calderwood (The Last King of Scotland) to be producer. So began a six-year journey to take the book to cinemas, and it evolved to embrace rather than fight against its new medium.

Set in a newly independent Nigeria in the 1960s, Half of a Yellow Sun tells the story of the country’s turmoil, conflict and struggle for power through the eyes of Ugwu, a young servant to university professor Odenigbo and his wealthy, English-educated girlfriend Olanna, and Richard, an English writer and Olanna’s twin sister’s lover. In his first major adaptation, however, Bandele maintains the wider context of civil war while shifting the central focus to Olanna and her sister Kainene, the affection and turmoil of their relationships and the effects that Nigeria’s struggles have on their lives. From a wealthy, powerful family, Olanna and Kainene return to a country celebrating independence from colonial rule and take two very different paths, Olanna following her “revolutionary professor” to a quiet university town, and Kainene taking over the family interests to huge financial success. It is a journey of growth and betrayal, loss of innocence, and new-found strength, and ultimately, uncertainty over what the future holds.

Where Adichie’s novel flits through roughly a decade, exposing earlier deceits and slowly unveiling the truth to the reader, Bandele’s screenplay takes a chronological approach, moving the viewer from the sisters’ return home to their new lives and the heartbreaking and harrowing effects that war has on their families. Speaking about the first draft of his screenplay Bandele says: “I was very faithful to the structure of the novel, but it just wasn’t working.” He quickly realised: “This was a story that needed to be told in a linear way, and the moment that I did that, all of the problems with the script disappeared. It wasn’t a conscious decision – the new medium called for it.” Incredibly nervous about Adichie’s reaction, Bandele notes that “Chimamanda really believes that I’ve been quite faithful to her book,” and in a way this simplification of the narrative preserves the author’s voice in spite of defying her structure. “The thing with Chimamanda’s writing is it’s very accessible and draws you in. The structure that we have in the film makes it an accessible movie.” Furthermore, Bandele emphasises: “Cinema is closer to a short story than to a novel. In a work of fiction you have many themes and stories, but a movie quite often works the best when you have one central theme and then little things happening; it must not be too busy.”

In spite of her support, Adichie was not involved in the filmmaking process, allowing Bandele greater freedom to experiment: “Once I’d played around with the structure I wasn’t sure if she’d be happy with how I’d taken the script.” They took a trip across Nigeria together and Bandele explained his ideas for the book to her: “Adichie told me a year later, when she’d seen the film, that she’d decided just to let me get on with it. She wasn’t quite sure how she’d react to it because the book was very dear to her, but she trusted that I wasn’t going to betray it. She had absolutely no involvement whatsoever.”

Speaking to Bandele it’s clear that he has an immense respect for the text and for Adichie, but the film Half of a Yellow Sun is a very different beast from the book. “There were three ways we could have adapted it for the screen. One would be to do a TV series, in 24 acts. For the big screen, we could have told the story from the view point of Ugwu and then it would have essentially been a rite of passage about a young man who also watches events unfold. The third way was to tell not just the story of the twin sisters and their partners but also the events happening and the war. For me, the sisters were the strongest characters in the novel and this is what I used.”

In shifting the perspective to Olanna, Bandele highlights the effects of war from the inside, rather than embracing the roles of Ugwu and Richard as outsiders. It’s inevitable in any adaptation from novel to film that elements of the text will need to be sacrificed, but in silencing these voices Half of a Yellow Sun is occasionally too economical with its source material. The coming-of-age story of Ugwu is moving and tragic, while Richard’s downward spiral speaks volumes for the impotency of the white West in post-colonial Africa. Where Half of a Yellow Sun succeeds, however, is in its tight focus on a deep underlying bond between two sisters, and in personalising the political.

Similarly to the film, which took six years to make, the casting was a long-running process, with Naomie Harris initially taking the role of Kainene, but she eventually backed out due to conflicting shooting schedules. Harris’ replacement, Anika Noni Rose gives an exceptional performance as Kainene, who initially seems shallow, superficial and social climbing, but under the pressures of war reveals a resourceful, kind-hearted, deeply conscientious woman whose brittle demeanour hides real determination and affection. Chiwetel Ejiofor was cast as Odenigbo “before we even had rights to the book”, and Adichie was responsible for the casting of Onyeka Onwenu as Mama. Onwenu is a well-known Nigerian singer and her style of acting brings a new dimension to a character that could veer dangerously close to stereotype. There was controversy over the casting of Thandie Newton in the role of Olanna, an Igbo woman; however, she convincingly portrays this difficult, and at times unsympathetic character. Rather than telling Ugwu’s rite-of-passage tale, Bandele focuses on Olanna’s transformation from wealthy socialite, to a disillusioned, struggling and compromised housewife, desperately trying to keep her family intact. Although Bandele initially imagined Newton playing Kainene, the actress revealed “a deep insight into Olanna’s character and was excited to play such a new type of character.”

In spite of its focus on the personal, one of the more difficult aspects of the film is the fact that its two central characters, Olanna and Odenigbo, are deeply unsympathetic at times. Odenigbo comes across as an obnoxious, privileged and over-educated spokesperson for “the people”, weak against temptation and with a growing alcohol problem. Bandele says: “I had two great actors playing these parts and we just decided that what makes them lovable is they are flawed. We weren’t going to be politically correct or win the viewers’ sympathy; they did the things they did.”

Shot in Nigeria, Half of a Yellow Sun is a sumptuous feast for the eyes, revelling in its landscape, its contemporary Western and traditional costumes, beautiful mid-century interiors and initially, at least, is an insight into glamorous Nigerian high society. A soundtrack of “West African music and jazz from the 1960s – music that covers the entire era of the book” conveys the romance and excitement of the times and makes the ensuing war and disillusionment all the more affecting. The film highlights the personal attachment many Nigerians feel for the novel – and will bring it to a wider audience. Half of a Yellow Sun is released across the UK from 11 April For more information on the film, visit www.halfayellowsunmovie.com. 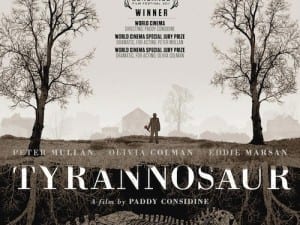 Paddy Considine’s directorial debut about two lonely, damaged people brought together by circumstance is a powerful drama about violence and loss. 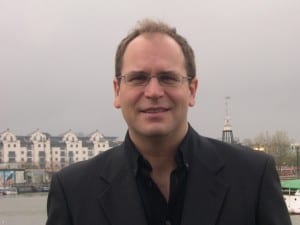 Having worked as an artist, musician, television producer, lecturer and independent curator, Trevor is well versed in bringing different art forms together. 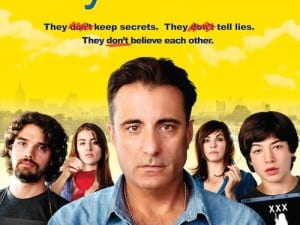 City Island is a touching and funny tale set in a quaint fishing village unexpectedly located in the midst of the Bronx.