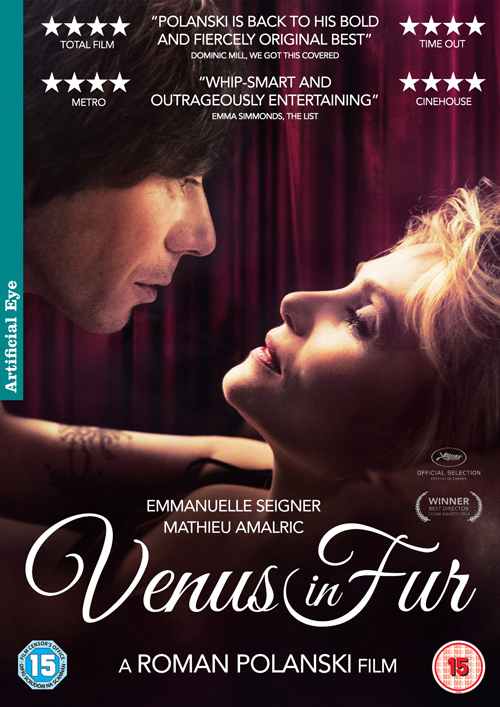 Thomas (Mathieu Amalric) stands in a Paris theatre after searching for a leading lady suited to his adaption of Venus in Furs. Enter Vanda (Emmanuelle Seigner) – who soon reveals herself to know the play inside out. Like 2011’s Carnage, Venus in Fur is another broadway adaptation for Polanski; however, the frayed tempers of helicopter parents are here replaced by a one-on-one psychosexual mind game that is framed with his signature claustrophobia.

Though tension builds, this one-room pressure cooker never finds a release, Amalric’s repressed sexual energy matched at each turn by Seigner’s dizzying misdirection. Multi-layered and painfully self-aware, Venus in Fur  constantly toys with the boundaries of role play. As the curtain begins close, Thomas’ early confession “there’s a lot of me in it” lingers with a thrilling sting.