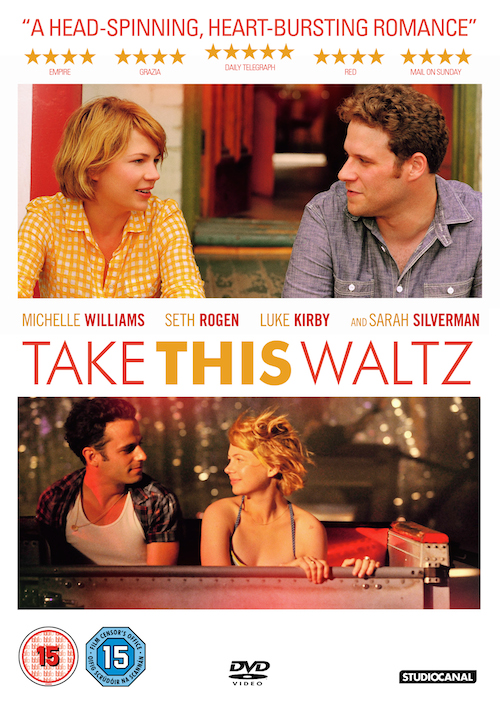 Sarah Polley is known for putting women at the centre of her narratives. Her debut, Away from Her (2006), was a heartbreaking study of the impact of Alzheimer’s upon an elderly couple, with Julie Christie sublime as the sufferer. Her latest, Take This Waltz, also foregrounds both a female character and marriage, though ultimately less successfully.

It follows Margot (Michelle Williams) as she agonises over leaving a secure life with a dependable husband (Seth Rogen) for the excitement of an illicit liaison. After a slightly tiresome period of soul-searching, she pursues the thrill of the new, only to find that novelty always wears off in the end. What a shock.

The major issue is that the film seems to style itself as a complex psychological portrait of a woman in moral turmoil, but we’re not dealing with a Brief Encounter here. Though Williams’ fine acting saves it, her Margot perpetuates some of the worst – and oldest – ideas held about women. A flighty, fickle creature, she sets us back a good few decades. Watchable but problematic.