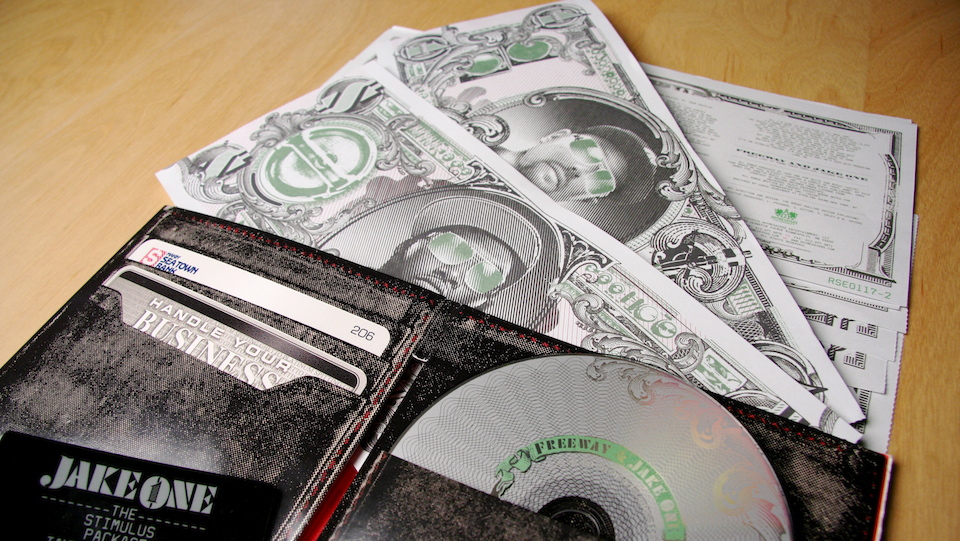 Plastic jewel case? Boring. Although it’s been part of the scene for years, indie artists are waking up to the potential of unique album packaging – and producing some amazing examples.

If you haven’t given in completely to downloading and still own some CDs or vinyl, then chances are they’re stacked together on a shelf somewhere. Most of them will have very similar packaging; in the case of CDs, this usually means a hard plastic jewel case with an annoyingly brittle hub that, all being well, holds the disc in place. Some of the albums might be in cardboard digipaks or card wallets. While the music is no doubt excellent and the liner notes beautifully designed, the actual packaging for most CDs is functional at best.

However, for certain artists and record labels, this isn’t good enough. They don’t just wish to make the music as good as possible, they also want to turn the CD packaging into a piece of art itself: something designed not just to hold a CD or vinyl, but to create a distinct impression and form part of the album’s experience, all before a single note is played. Although, this idea has been around since the earliest days of commercial music, it’s gained new relevance in the past few years as the industry tries to adapt to a digital world.

Although global music sales increased in 2010 (up by 12% over 2009, according to the International Federation of the Phonographic Industry) downloads still hold the upper hand – both legally and illegally. Artists have had to become even more savvy to get their music out in a massively crowded and competitive marketplace. For some, this means turning their entire album into a piece of highly collectible, beautifully designed art.

It also means that talented graphic designers are becoming known not only for their work in other media, but for the unique album packages they create. Brent Rollins first came up with designing logos for films – among them Spike Lee’s Do The Right Thing (1989) and Mo Better Blues (1990) – and has since become one of America’s most storied graphic designers. He’s also made a name for himself as one of the go-to designers for hip-hop albums, able to not only put together a compelling image for an album cover, but to create highly artistic packaging.

“Album cover art really does affect people,” says Rollins. “I don’t think there has ever been a story about people who really appreciate music who don’t have recollections of looking at their favourite album cover art.”

Inspired by classic designs like the Talking Heads album Speaking In Tongues (1983) – which had a clear vinyl disc as its centrepiece – Rollins’ most recent work includes the album The Stimulus Package (2010). Released by the Minneapolis label Rhymesayers, the album (by Freeway and producer Jake One) is a fantastic example of creative packaging.

The deluxe version of the album arrived in a stylised wallet pre-loaded with oversized dollar bills. The liner notes for the record were printed on the back of the bills. The wallet not only contained the CD, but a fake business card, which provided a download code for the instrumentals. Rollins was the go-to guy on the project, working closely with Rhymesayers to both sketch out the basic idea and work out how to get it printed.

“I was lucky,” laughs Rollins. “All I had to do was dream it up, and a company called A To Z had manufacturers to prototype different things. There was a lot of back-and-forth. We had to consider the actual production. Everything is perforated – originally it wasn’t, but it made more sense to have [the liner notes] on one sort of long, ticket-style sheet, and folded just for practical purposes. Individual sheets might get lost in the packing process. We knew we had to make a folding tab to close the package, and it would be clinched by the actual money band. It was fun.”

The packaging worked. Even before a single track had leaked from the album, a sneaky promotional video from the label had got fans excited about the release. The album had sold 15,000 copies as of February 2010 (according to HipHopDX), a reasonable number in the current climate. “The fan reaction before album release was pretty scary,” says Rollins. “It speaks to the lack of packaging – people want something to get excited about.”

Rhymesayers make a point of creative album covers. Their flagship act Atmosphere released their album When Life Gives You Lemons, You Paint That Shit Gold (2008) packaged as a CD-sized, cloth-bound, illustrated children’s book. Rapper P.O.S dropped Never Better in a clear, flexible plastic case that came with several interchangeable, Velcro-on covers. Rhymesayers can do all this because they aren’t a major label, and don’t have major-label-sized print runs.

And there lies the irony of bespoke album packaging: the more complex and creative it is, the smaller you need to be in order to do it. Britney Spears couldn’t do what Atmosphere did. When Aesthetica interviewed the Kiara Elles in 2009, they enthused about their hand-stencilled-and-stitched wallpaper packaging for their vinyl release, created by the band members and limited to 500 copies. They couldn’t have done it if they’d been signed to Sony.

Jeff Harrison knows this well. He’s a Vancouver-based designer, and creative director at the Rethink agency. Although designing album packaging isn’t all he does, his designs are noted for being bold, large scale and groundbreaking. “Bigger labels are all about the return on the investment,” he tells us. “For a group like Vonnegut Dollhouse to go viral and get noticed online, they had to create a bit more noise with the package.”

Vonnegut Dollhouse, a now-defunct band that Harrison worked closely with, must be in contention for the most ambitious album packaging. Their album Ornamental Etherworld (2007) came in packaging that folded out into a large, insanely detailed dolls house, complete with stylised cutouts of the band members (and a “shag pile rug” detail CD). The album took the concept of packaging into the stratosphere, producing a highly collectable, stunning piece of artwork that even now remains rare and highly prized (no copies are available on eBay, and Amazon lists a $21 copy as “out of stock”).

“They didn’t really have a budget,” says Harrison. “I actually built the entire set by hand. We had to source all the little bits and pieces – the little guitars, the clothing for the band members, the flooring. We had a miniatures artist help us out with the tiny sausages on the grill, and little bottles of gin around the room.” To mass-produce the project (which only amounted to 500 copies), Rethink went with their print partner Hemlock, who are used to unusual projects.

Sometimes, however, the ideas and ambition behind the project exceed the immediate resources. Harrison also designed a cover for the self-titled album of the rock band Splitting Adam. It looks like a standard cardboard CD case, but splits apart to reveal a massively detailed holographic image, a composite of the faces of the band members that morphs to different images depending on the viewing angle. The problem? Harrison couldn’t find anybody to do it. Holography as an art form is hardly fashionable, and tracking down someone to get the complexities of it right took some time. “We had to go to Russia!”, says Harrison. “It took forever to do it.” The hard work paid off – the album was nominated in the Best Packaging category at the Grammy awards in 2009.

Even among the many, many Grammy categories, this is a fairly obscure one. And like the rest of the awards, it’s almost always dominated by mainstream releases (Recent nominees include Metallica and Black Sabbath). This highlights another facet of creative album packaging: while it might be a way for smaller bands to make their mark, it’s only in rare cases that it gets noticed by the mainstream. Even now, the majors only seem interested in products like commemorative boxsets, which require more inventiveness with the packaging than the standard album.

But as Rollins says, creative packaging cannot only be an artistic statement for a band, but also a business one. “You need something to be a face for the artist,” he muses. “You need some sort of [identity]. You want to get something to be excited about, and have a concept to rally around. There’ll always be a need for that, for that visual presentation and persona.” And nothing, it seems, is better for that than a package that stands out from the crowd.

For more information on Freeway, Jake One, POS and Atmosphere, go to www.rhymesayers.com. Splitting Adam, go to www.myspace.com/splittingadam. Jeff Harrison, go to www.rethinkagency.com and Brent Rollins, go to www.brentrollins.com 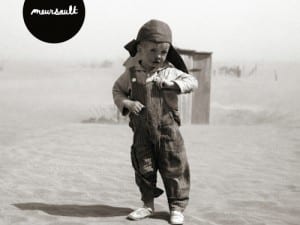 Meursault have produced a genuinely extraordinary record. Something For The Weakened hangs its hat on its writing and production, and both are almost faultless. 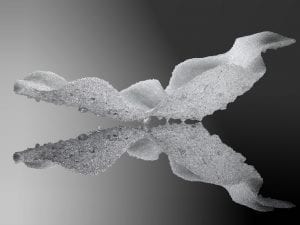 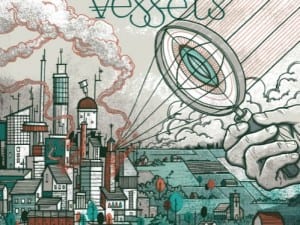 If this second album from Vessels overwhelms, it’s more for the test of aural endurance it poses than for being truly groundbreaking.