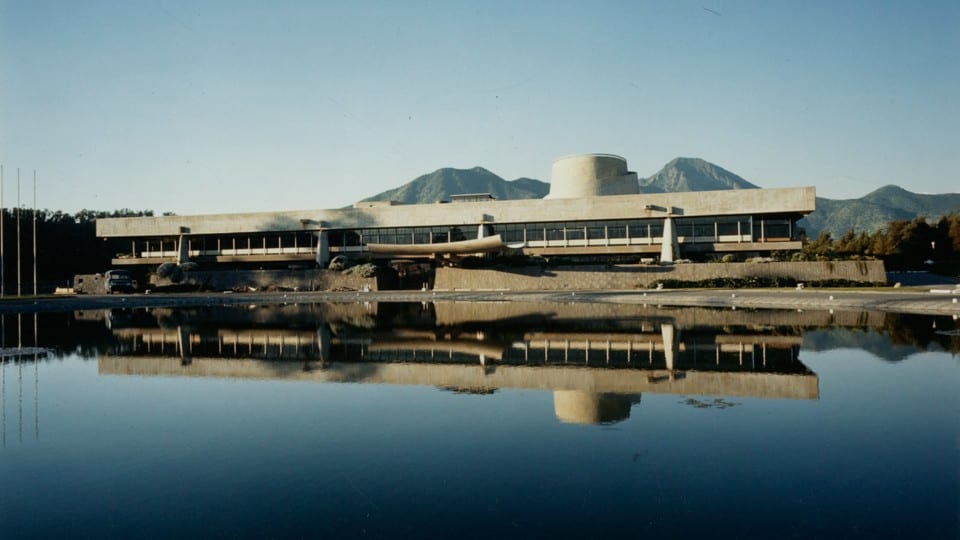 Over 500 original projects exhibited together for the first time will explore the breadth of Modernist architecture developed between 1955 and 1980 across Chile, Argentina, Uruguay, Brazil, Peru, Colombia, Venezuela, Mexico, Cuba, the Dominican Republic and Puerto Rico. The “golden age” of Latin American Modernism is often identified as having ended in 1960; however, the second half of the 20th century saw a startling level of experimentation and development in Latin American architecture which has rarely been examined – much of architectural history dominated by the works of Europe and the USA. Curator at MoMA, Barry Bergdoll, has been developing this exhibition for the past five years and explains that “we’re not looking for a golden period; we’re looking for a coherent period with all of its complex issues that offers more insight into the dynamics of the historical period.”

The post-war period was one of turbulence and drastic change for Latin America: the Guatemalan Civil War, only ending in the 1990s; Fidel Castro’s Cuban Revolution between 1953 and 1959; the tension created by the Cold War up until 1963, most notably the Cuban Missile Crisis in 1962; Mexico’s economy, which had strengthened dramatically by the 1970s with what has become known as the “Mexican Miracle”; military dictatorships taking hold in Peru, Argentina, Bolivia, Brazil, Paraguay and Uruguay; and coup d’états across the continent which led to huge social, political and economic change.

Despite having a history colourful enough to stir up radical arts movements with no exterior influence, Modernism in Latin America is often explained as having been brought about by the 1929 lectures given by Le Corbusier across Argentina, Uruguay and Brazil. However, by the early 1920s Uruguay was already nicknamed the “Latin American Switzerland” due to its economic strength and was attracting European architects such as Mario Palanti; São Paulo had held The Modern Art Week (Semana de Arte Moderna) in 1922, which introduced Modernism via arts exhibitions, lectures and concerts to the Brazilian masses; experimental Modernist literary groups were in existence across South America; and Le Corbusier was invited to speak in the first place because there was already a significant audience for his ideas. As Bergdoll comments: “he was just a catalyst”. Modernism was very much present.

In fact, Bergdoll explains that despite including original diagrams from Le Corbusier’s 1929 lectures, Latin America in Construction “is almost trying to tip the balance in the other direction: we are really de-emphasising the importation of ideas from other parts of Europe and the USA, and as a counterweight we have a section at the end of the exhibition titled Export where we are showing Latin Americans who took their ideas to other parts of the world.” Included in this section are Brazilian architect Oscar Niemeyer’s works in France, beginning in 1965, after Niemeyer left his homeland due to the1964 coup d’état, which led to the country’s 21-year military dictatorship.

In terms of Latin American architecture, Niemeyer is most recognised for his contributions towards Brazil’s new capital of Brasilia, which began construction in 1956. Although intended as a utopian, streamlined city, the project ultimately bankrupted Brazil, temporarily scarring the reputation of Modernism, and since its conception it has – sweepingly – been blamed for the decline of Modernist thinking in Latin America. Once described as rigid and mechanistic, and a drastic decision (despite the fact that the relocation of Brazil’s capital was written in Brazil’s 1891 first Republican Constitution), the federal capital of Brasilia is now a viable city and in 1987 became a Unesco World Heritage site. Bergdoll explains in detail that “it became the focal point of the debate as to whether the modern city was too schematic, Brasilia was just the most monumental and convenient (project) to attack – it was so hyped that it came to symbolise a critique that is much larger than itself.”

Developed as part of President Juscelino Kubitschek’s national modernisation project, the city lacks the winding streets, mish-mash buildings, alleyways and rows of housing squeezed above shop-fronts that characterise the typical city, although it is extremely organised, dramatic and includes outstanding examples of Modernist architecture. The city is laid out on an east-west axis, crossed by a north-south axis, with The Plaza of Three Powers (Praça dos Três Poderes) at its heart – a dramatic triangle of twin block-like skyscrapers standing between two pure white half-sphere buildings, one domed, the other inverted like a bowl. The cathedral meanwhile, designed by Niemeyer and only completed in 1970, is possibly the city’s best known feature, circled by 40-metre-high concrete columns which reach up to the skies, arching outwards like a crown. Visitors pass a 20-metre-tall bell tower before entering the cathedral through a small tunnel, and under a water- filled reflection pool before emerging into the bright central space.

With extraordinary structures such as this, Brasilia is an extravagant and expensive example of Modernism, although – as is to be expected of a 6,000 square-mile space – 20th century Modernist architecture in Latin America did not always appear like this. One of the most interesting aspects of the exhibition is the study of Modernism in Cuba, after the blockade or US trade embargo began in 1960, and as Cuban-Soviet relations became stronger. Included here are Cuba’s National Art Schools (Escuelas Nacionales de Arte) which, Bergdoll explains, cannot be understood without first “understanding the embargo: the return to brick, the idea of architecture put together with hand labour, and the sudden rejection by Fidel Castro of the experiment due to the promise of heavy fabrication machinery from the Soviet Union.”

The organic, brick and terracotta schools were devised by Castro and Che Guevara in 1961 to reflect the revolutionary optimism which led the Cuban Revolution, and expected by Castro to become “the most beautiful academy of Arts in the whole world.” Without steel for reinforced concrete available, Castro’s chosen architect, Ricardo Porro, only had indigenous materials including stone, cement and bricks to work with. Porro’s team designed each of the five schools – Modern Dance, Plastic Arts, Dramatic Arts, Music and Ballet – to have its own distinct form, although each was to include the Catalan Vault which, a low arch of plain bricks, was said to oppose the linear, weightless characteristics of the “capitalistic” International Style that was used by European Modernism (and indeed in Brasilia) at this time.

Porro, alongside Italian architects Vittorio Garatti and Roberto Gottardi, was given just two months to plan the schools: the School of Modern Dance to be covered by sheets of glass fragments, symbolising the shattering of the previous regime; the School of Plastic Arts designed, conversely, as an archetypal African village with hut-like pavilions; the School of Dramatic Arts, fortress- like, with classrooms facing into an enormous amphitheatre; the School of Music emerged as a winding, tentacle-like structure following the contour of its neighbouring river; and the School of Ballet, designed as a collection of buildings and pathways covered by tent-like red terracotta roofs. These buildings exemplify Bergdoll’s statement that “the embargo had an immediate impact in that rather than create architecture of impoverishment, it created architecture of extraordinary innovation and experimentation.” Here was brutalist architecture merged and altered by traditional manufacturing methods, and fused with more naturalistic, craft-based Cuban styles – but unfortunately, historical events prohibited the completion of the schools.

The Cuban Missile Crisis of 1962 and the increasing dominance of the Soviet Union over Cuban society meant that the schools were abandoned in 1965. The communist ideals of the Soviets preferred autonomous architecture which was far removed from the inspired designs of Porro, Gottardi and Garatti – in fact the team was accused of promoting individual expression and fled the country. Although Cuba is not often discussed in discourses on Modernist architecture, it is clear that it is a prime example of the political use of architecture, which Bergdoll describes as a “very intriguing development that plays centrally in discourses on modernisation, the goals of the state, and in the possibility of utopian urbanisations to further these goals.”

In covering such a vast period and geography, the “goals of the state” and their impact on the built environment alter wildly between times and locations: Brazil in this period alone moved from democratic rule, ending in 1964, to military rule, ending in 1985, to its current state as the Federative Republic of Brazil. As Bergdoll explains: “We are interested in reflecting on modernisation, whether it is done in a moment of democratic rule or during a dictatorship – and these are also complex as some are far left, some are far right. The show may be challenging as there is no claim of stylistic unity, instead one of our main theses is that all of this diverse material can be understood as coming out of the single overarching ideology of ‘developmentalism’.”

Not only does this angle unite the incredibly varied pieces included in the exhibition, it also illustrates new relationships between Latin American architects and their European counterparts – again tipping the balance between influencer and influenced. In examining Latin America in Construction the changing nature of domestic space must also come in to play, especially when looking at the 1950s onwards, a time during which the population of most Latin American cities shot up while industrialisation peaked.

One dazzling and iconic example of modernist housing and which fits somewhat into Bergdoll’s category of Export is that by Mexican architect Luis Barragan, who adapted Le Corbusier’s minimalism and combined it with the inspiring palette of Mexican muralist, José Clemente Orozco. Barragan’s bold, vibrantly coloured designs featured block-coloured walls, freestanding stairways and strict geometry – almost allowing their occupants to live inside a three-dimensional Mondrian. However, on a less extravagant scale, Mexican architect, urbanist and Modernist Mario Pani discovered a way of incorporating modern art into Mexico’s first high-density, low-cost housing project. His Centro Urbano Benito Juárez was laid out as 19 buildings, containing apartments in 12 different formats which could house up to 5,000 residents; however, buildings only covered 20 per cent of the complex, with the remainder pedestrianised for outdoor recreation areas. Pani’s work was influenced by that of Le Corbusier, yet he reduced Le Corbusier’s recommendation of 1,000 residents per hectare to 240, and created space within each apartment through split levels and an open plan layout. Exterior walls and stairwells were coated in murals illustrating Mexican and Mayan legends, created by the Guatemalan artist Carlos Mérida.

Pani’s project took Modernist ideals and adapted them to benefit the living standards of its inhabitants – like the Schools of Art in Cuba, incorporating local art and culture into what could otherwise be a didactic style. Likewise, Brasilia contributed new ideas of urban living through standing its housing blocks upon pylons to allow the city to move beneath them. This focus on alternative ways of living and urban improvement is displayed across a range of projects conceived in 20th century Latin America, and it retains great relevance today as we look at current issues of population density and overcrowding, perhaps providing considered solutions which take into account living standards and the wider cityscape. Accordingly, Bergdoll comments that the exhibition aims to “raise a number of issues that are debated today and yet so often not seen in the historical perspective.”

Assessing 25 years of architectural development across almost an entire continent is no mean feat, although in vintage photographs, architectural drawings, models and films from the period, as well as newly commissioned large-scale models, Latin America in Construction evaluates the way in which environments have been used to affect change, and gives insight into modes of thinking that could benefit our cities today. The exhibition was on view at MoMA, New York until 19 July. For further details, visit www.moma.org. 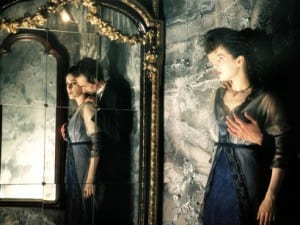 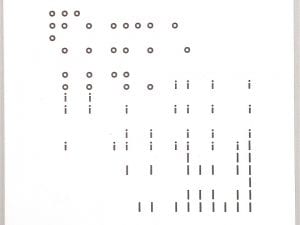 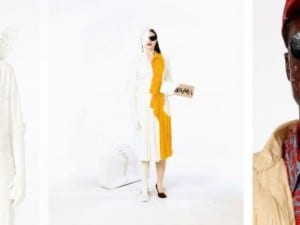