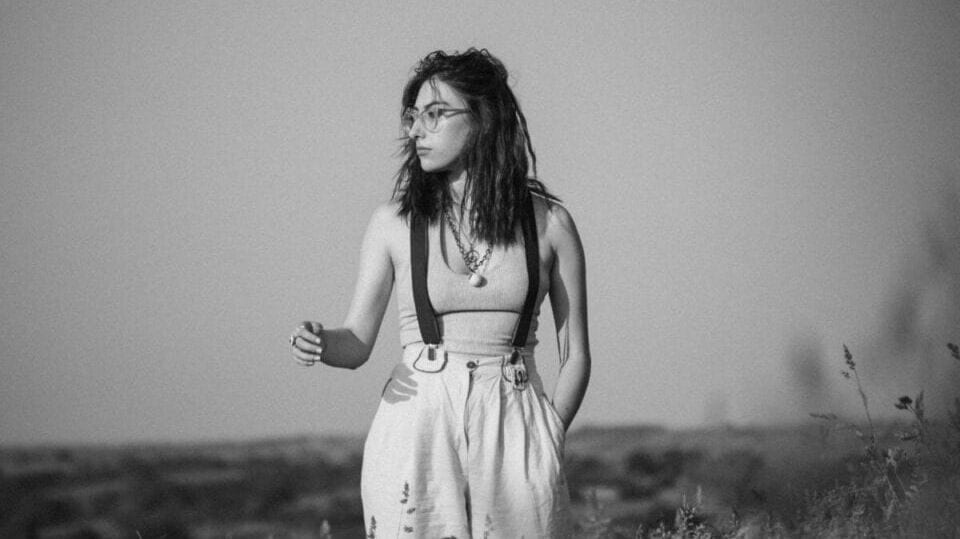 What is it like to record a song during lockdown? Luka is a musician and singer/songwriter from London, whose dreamlike single Play Thing is released this month. Inspired by the likes of Bon Iver and Billie Eilish, the song taps into the complexities of human relationships through multi-layered sound.

Luka is a Music Production and Performance graduate from Leeds School of Arts, part of Leeds Beckett University. Right now, Play Thing is part of Leeds School of Arts Festival, a digital degree show platform celebrating the class of 2020. It highlights students who are responding to an evolving world and challenging our preconceptions about the future. The artist speaks to Aesthetica about the new release.

A: How would you describe your practice?
L: I am a musician and singer/songwriter, with a focus on vocals and harmony. I write my songs mainly on ukulele and guitar, though sometimes on piano if I have access to one – I enjoy working out melodies using keys. I have been singing as part of choirs and music lessons from a very young age, and started teaching myself different instruments so I could accompany myself and start to write my own songs. I’m hoping to expand my skills in the future, so I can start to write music of different genres.

A: What themes are explored in Play Thing?
L: Play Thing explores themes of relationships and control. I have found myself in a few situations where I’ve allowed people to have more control over my emotions and sense of self than I should have done. I wanted to touch upon the themes of co-dependency and toxicity that can become present in some relationships, and the point at which you decide that enough is enough. I think people often allow themselves to be treated badly in order to cling onto somebody they care for, even if it is detrimental to them. I hope the song will resonate with people, showing them that they are not alone and that they owe it to themselves to remove people from their lives that make them feel anything less than loved and worthwhile.

A: Where do you find inspiration?
L: I often write from the point of view of characters or fictional scenarios, and will listen to a wide range of music from different genres to inspire sounds for each of my songs. For the themes and lyrics of Play Thing, I took most of my inspiration from my personal experiences of relationships. I dreamt the melody and first two lines of the song, deciding to carry it on when I awoke. I spent the next day working out the chords and writing the rest of the song on my dad’s out of tune piano. I thought I could make it into something interesting.

Over the next couple of months, I worked on Play Thing, figuring out the structure and instrumentation. For the instrumentation and sound, I wanted the vocals to be the focus of the song. I listened to a lot of layered vocals and vocoder songs on Spotify. I’ve always loved the sound of Bon Iver’s 715 Creek and Billie Eilish’s When I Was Older, so these became some of the main inspiration tracks. I thought the robotic and slightly jarring sound of the vocals would fit very well with the themes and lyrics of my song.

A: What was the experience of recording the track like?
L: I had hoped to re-record everything in a studio, to achieve the highest recording quality, however due to COVID-19, the studios were closed. I ended up recording the vocals into logic at home and figured out a way to use my midi keyboard as a vocoder (something I had always wanted to try and do). So, we continued creating despite the restrictions: creating a soundproof studio in our university house with boxes, blankets and tape and sharing tools and skills.

A: What do you hope audiences will take away from Play Thing?
L: I hope anyone listening to Play Thing will be able to relate to the lyrics and emotions of the song in a way that makes them feel less alone, and that it and inspires them to put themselves first and look after themselves. I also hope that it’s something that people will enjoy listening to and that it will make them feel something – that is the best thing I could ask for with my music.

A: What are your future plans? Do you have any projects / ideas lined up?
L: I recently started working with Monomyth Records, who released Play Thing on 24July. It will be great to hear the feedback from that. I have also spent my lockdown time writing lots of news songs and am going to be working on more music over the next couple of months. Hopefully, some of these will be good enough to start working on for release! So, keep your eyes peeled!

A: What can viewers expect from Leeds Beckett’s Online Degree Show?
L: Viewers can expect to see lots of amazing work from some really hard-working Leeds Beckett students. The end of this academic year has been very strange and difficult for students everywhere finishing their degrees due to COVID-19. However, I think people really took this in their stride and have managed to create some incredible things regardless. 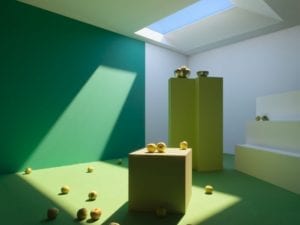 Design Shanghai brings together pioneering brands from across the world to investigate the intersection of technology, craft and culture. 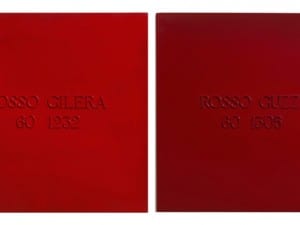 A special presentation of Alighiero Boetti’s post-war conceptual work graces the Frieze Masters programme, 15 – 19 October. The exhibition, staged by Luxembourg & Dayan, focuses on i Colori (1967) : a series of Boetti’s early monochromes, first shown at Galleria Stein, Turin, back in 1967.