Shortlisted for this year’s Aesthetica Art Prize, Gabriela Torres Ruiz is a Mexican-German artist based in Berlin. Her diptych #1, from the series Silence, was exhibited as part of the Aesthetica Art Prize 2016 showcase at York St Mary’s earlier this year. In this work, she uses photography to preserve her own personal experience of silence, in nature as well as in spaces of disintegration and decay, to indicate the inevitable and progressive passage of linear time. We speak to Gabriela about her practice to offer an insight into the themes surrounding her work and inspiration.

A: You describe your works as visual essays which reflect your personal exploration of mysteries you encounter in this world. Where does that creative process begin?
GTR: I work in a very intuitive way. My first contact with the subject is spontaneous. Afterwards, I develop my concept in more detail, discovering new thoughts by connecting and combining the images. I work a lot with my photographic archive, which contains images that eventually can be reinterpreted and used out of their original context, creating new meanings and new realities.

A: Thinking of these visual essays, what kind of stories do you want to tell with your work?
GTR: Through my work, I intend to express both my thoughts and feelings. On many occasions, it is through associations that I arrive at other interpretations, always leaving room for the imagination and the open borders between reality and fiction. I aim to communicate my own experiences and the way I look at the world through topics that interest me, such as silence, loneliness, time, space, eternity and mysticism, among others.

A: By creating diptychs, you put the images in relation to each other. How do they function independently?
GTR: They function in a different way, as each work has its own aura and could be interpreted on its own, however, being related to a second image they acquire a different meaning. When “contrasted,” you are able to discover new qualities that may not be seen when presented on their own.

A: They often show two different motifs. How do you select the images that go together and how do they connect?
GTR: Finding the connections between them can take a long time. Consequently, I establish links between decaying interior spaces with pristine natural landscapes, creating metaphors about the fate of those interiors returning to their initial state, where nature regains its lost space. I try to find images that are complementary and that somehow relate, either by the type of light, texture, colour, the atmosphere that they transmit or the aura they have. There must be something that unifies them and they should give us the feeling that they belong to the same place; that they belong to each other.

A: What are your current and upcoming projects?
GTR:  At the moment I am starting a new project, which emerged as an idea about two years ago. It is about my father, who at 78, retired from his profession as a psychiatrist, leading me to reflect upon his life and how his daily work with mental illness influenced his way of being and relating to the world. It is not easy to express such a personal and broad topic, through images. I think it is a rather difficult task to achieve, but I’m working on it.

All 100 contemporary artists from the 2016 Aesthetica Art Prize are featured in this year’s Future Now Anthology, which can be ordered online at www.aestheticamagazine.com/shop 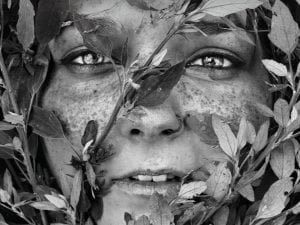 Future Now, the Aesthetica Art Prize Annual featuring this year’s longlisted and shortlisted artists, is out now. Inside this book, there are texts and images of projects from international practitioners. 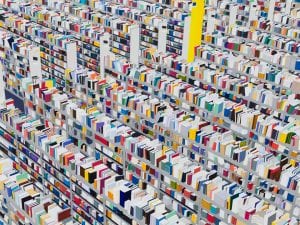 Julia Michalska, Deputy Web Editor at The Art Newspaper, joins Future Now as a panelist in Session 10: The Permanence of Print Part II for a discussion on print in today’s digital world. 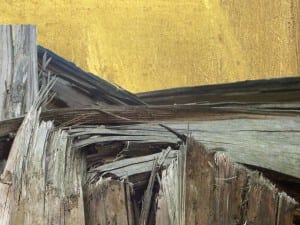 The Aesthetica Art Prize celebrates the work of emerging and established artists from around the world, championing excellence in art across a range of media. Olga Woszczyna was longlisted with her work Entity III, which is influenced by contemporary architecture and goldsmithing. She is inspired by cities with their variety of cultural and design influences and the art of jewellery.