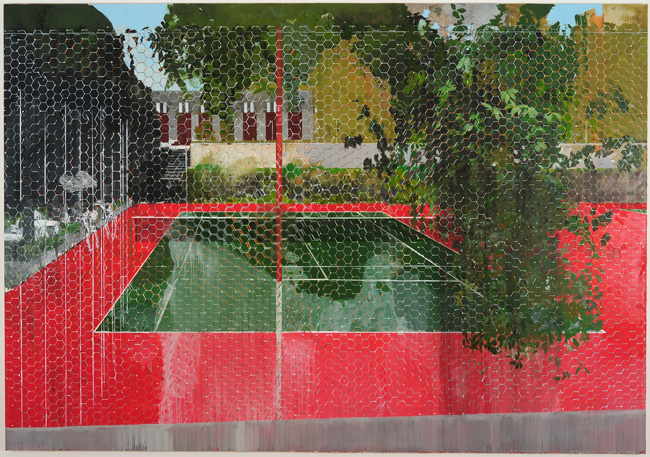 Currently on display at Ikon, their most comprehensive exhibition to date of paintings by British artist Hurvin Anderson (b.1965), evokes sensations of being caught between one place and another, drawn from personal experience. It surveys the artist’s career, including work made while at the Royal College of Art, London, in 1998, through the acclaimed Peter’s Series, inspired by his upbringing in Birmingham’s Afro-Caribbean community, and ongoing works arising out of time spent in Trinidad in 2002. Filling Ikon’s entire exhibition space, reporting back traces the development of Anderson’s distinct figurative style.

Anderson arrived on the international art scene with Peter’s Series, a number of ongoing paintings depicting the interiors of barbers’ shops, in particular one (owned by Peter Brown) visited by Anderson with his father as a boy. A converted attic serving as an improvised salon for conversation as well as for cutting hair, this was a social retreat vital for many male members of the local Caribbean community; a place he equates to an English garden shed. By painting this subject, the artist was exploring a formative psychological moment, and by returning to it pictorially he takes us with him on a journey that is as sentimental as it is a faithful representation.

It is significant that often Anderson depicts sites of leisure, where the mind is usually free to wander. He talks often of being in one place “but actually thinking about another”, a fact of his life arising out of his cultural background. He grew up in the English Midlands preoccupied with visions of a warmer, more colourful ‘other country’ and from this experience has developed a way of seeing which he describes as “slightly outside of things”. Later paintings of the Caribbean embody this kind of perception with verdant green colour glimpsed behind close-up details of the fences and security grilles found in residential areas, or an expanse of water or desolate approach separating us, the viewer, from the point of interest in the centre ground. This method of composition signifies at once a kind of social and political segregation, a smartness with respect to the business of picture making, amounting to a kind of semi-detached apprehension of what Anderson encounters.

A major monograph illustrating works from across the artist’s career will be published to accompany the exhibition, including texts by Jennifer Higgie, writer and co-editor of Frieze. An exhibition of new work by Hurvin Anderson will open at Thomas Dane Gallery, London on 15 October and run until 16 November. www.thomasdane.com 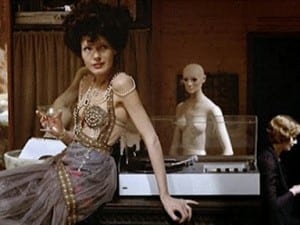 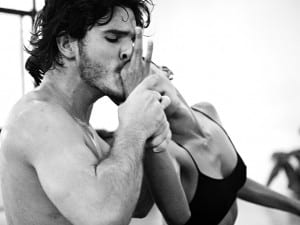 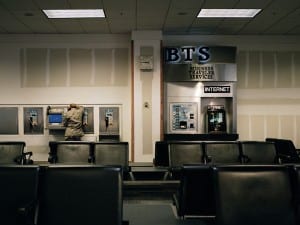