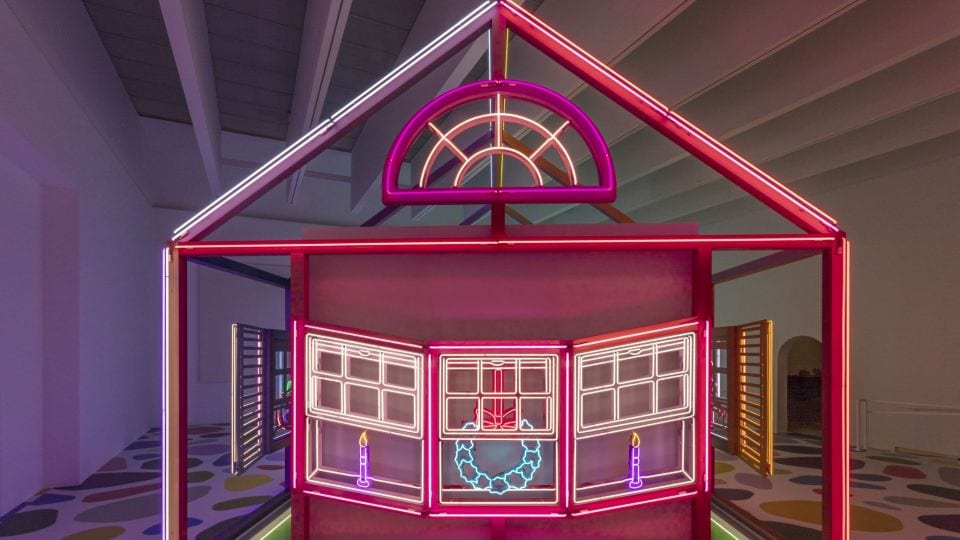 A single note rings through the cavernous marble hall, blown through a conch, at first soft then growing louder, more ominous. Switching to shells of various sizes and sometimes a trombone, the performer towers over a monumental amalgam of industrial scrap metal, coal and crushed shards of glass carefully arranged in an intricate pattern by artist collective Postcommodity, bringing an indigenous narrative to Pittsburgh’s industrialist past. It is but one of several works transforming the museum experience for the 57th Carnegie International.

The metamorphosis begins before you even step inside the Carnegie Museum of Art. El Anatsui of Ghana draped the facade with one of his signature sheets of liquor bottle tops wired together alongside a reflective cover and an undulating ensemble of folded printing plates sourced from the local Knepper Press. There’s a vibrant dialogue between this dynamic work and Richard Serra’s totem-like, rust-coloured steel sculpture on the plaza, a remnant of a past international. When Scottish-American industrialist Andrew Carnegie unveiled his eponymous art museum at the turn of the 20th century, he had the names of some of the greatest writers, scientists and artists etched on an exterior frieze. The likes of Beethoven, Chopin, Shakespeare, Michelangelo and Darwin have one thing in common: all were men and all were white. Bahamas-born Tavares Strachan illuminates an otherwise “invisible” set alongside the classics with his signature cursive lettering in bright neon: rapper Tupac Shakur, Chinese revolutionary and feminist Qui Jin or Matthew Alexander Henson, the first African American explorer of the Arctic. “I intend to use these neon names to light up the Pittsburgh sky, crossing barriers such as time, space, race and gender,” says Strachan, who’s also launched sugarcane-fuelled glass rockets into space.

The occasional exhibition has since 1896 introduced contemporary luminaries from around the world to the Carnegie Museum of Art for a programme that also includes performances, happenings and even an in-gallery Vietnamese coffee service. The oldest North American show of its kind, it is held every three to five years, and has helped advance the careers of artists such as Matthew Barney, Olafur Eliasson, Felix Gonzalez-Torres, Yang Fudong and Mark Bradford. Second only to the Venice Biennale as the world’s oldest international survey, earlier editions featured the likes of Salvador Dali, Henry Moore, Auguste Rodin, Mary Cassatt, Alberto Giacometti and Joseph Beuys.

For curator Ingrid Schaffner, the journey for the current edition began more than three years ago, in May 2015. She travelled to 23 countries on five continents to select works by 32 artists and artist collectives, as well as a show within the show by independent exhibition maker Koyo Kouoh. The latter provides an alternative art history that subverts undercurrents like colonialism with works like a print by Mickalene Thomas in which three brightly dressed and made up black women gaze assuredly at the viewer in her take on Édouard Manet’s Le déjeuner sur l’herbe and its power dynamics between fully dressed men, a nude woman and a scantily clad one. The Guerrilla Girls, meanwhile, call for dropping an “oestrogen bomb” on Washington so “the guys in government will throw down their guns, hug each other, say it was all their fault and finally start to work on human rights, education, healthcare and an end to world poverty.” Schaffner says the uniting theme behind the show is to “inspire museum joy.” Many of the experiences are indeed playful. Children and adults alike flock to Alex da Corte’s outrageous neon light house featuring Halloween, Christmas and Valentine’s Day decorations. The flooring around the structure features blobs in primary hues. Step inside and 57 videos play on a loop in which da Corte mutates into various foods or characters such as Pink Panther, Sylvester the Cat, Mr. Rogers and the devil.

On opening weekend, amateurs were invited to participate in a drawing session led by London-based Lynette Yiadom-Boakye, accompanied by a local troupe of flamenco music and dancers. In a more sophomoric contribution, Karen Kilimnik provided a collage of appropriately kitschy ballet scenes and another of often tragicomic musical moments from WWI and WWII era films.

There is a clear dialogue between some of the pieces, such as a cutout in a stitched, suede-like painting by Sarah Crowner that frames an opening into a freestanding wall she shares with Ulrike Müller and her enamel paintings. Crowner’s glazed chevron floor tiles handmade in Guadalajara stretches from inside the gallery into the lobby, where the conversation continues down the staircase with a pair of brightly coloured wall drawings by Sol LeWitt, one off which was the product of the 1985 international. 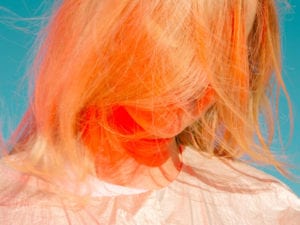 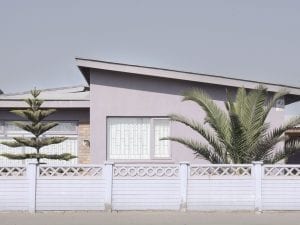 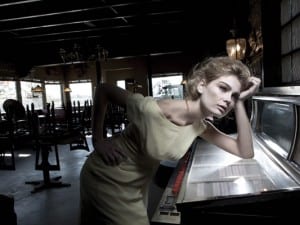