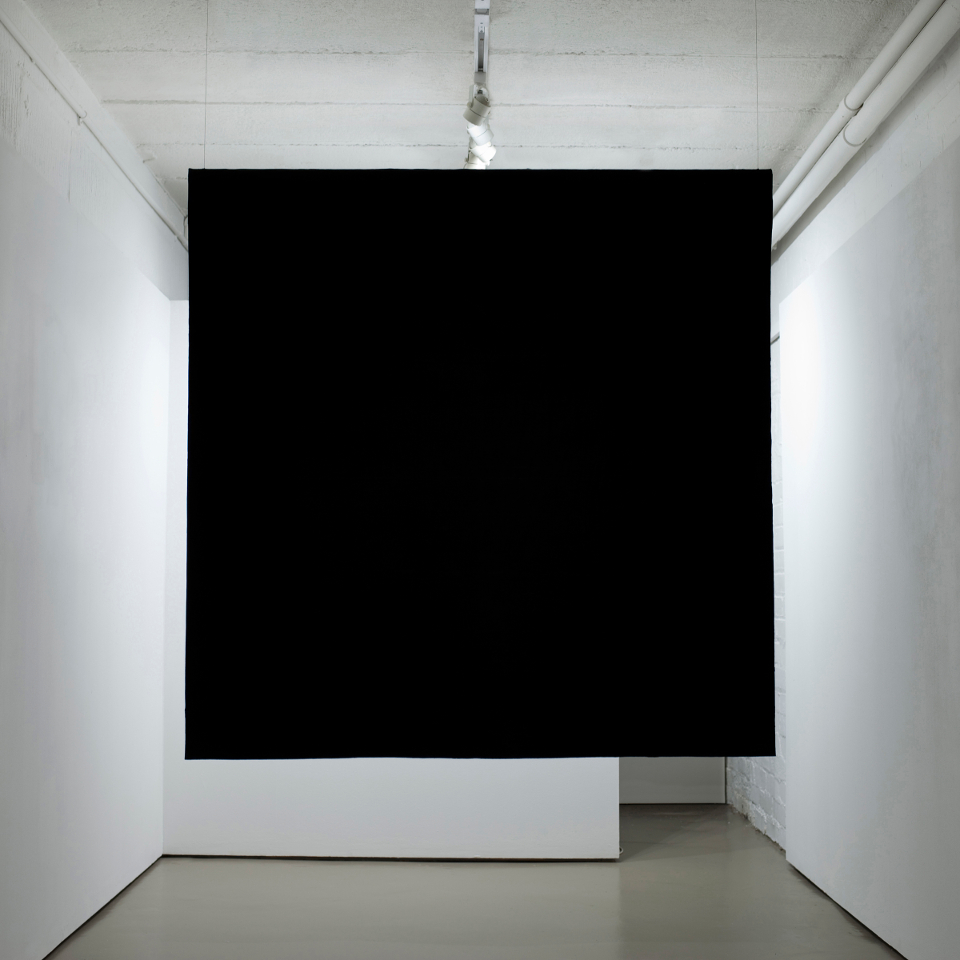 Deb Covell was shortlisted in the Aesthetica Art Prize 2014 with work from her acrylic paint series Black and White (2013), and has since exhibited at Middlesbrough Institute of Modern Art, GRAY CONTEMPORARY, Houston, Texas, and OBJECT / A, Manchester.  We speak to Covell ahead of her new  solo show Whiteout in September, which will be shown at Supercollider in Blackpool.

A: What appealed to you in entering the Aesthetica Art Prize, and how do you feel that your work has progressed since being exhibited?
DC: I entered the Aesthetica Art Prize as I liked the way the magazine encompassed many art forms and had a wide international readership with interesting content presented beautifully.  It had a great judging panel, good links to fantastic museums and the work would be exhibited in the gorgeous old deconsecrated church of York St Mary’s in the centre of York.

Since becoming a finalist in the Aesthetica Art Prize prize I have been given many opportunities to develop and show my work in some great spaces . Soon after the competition I was delighted to be invited by Middlesbrough Institute of Modern Art to take part in their first Artist’s Open Studio where I made my first ambitious site specific installation From Nowt to Summat which pushed the material and ethereal elements in my practice even further.  The work consisted of four large white acrylic paint skins that grew out from of the walls , ceiling and floor in one of mima’s large spaces .

A:How did you hope audiences would respond to your show at mima?
DC: The viewer’s experience of navigating and interacting with my work in the space became an integral part of the work. It made me think carefully about how my paintings don’t necessarily operate in isolation to each other, but could become part of a whole perceptual experience.  At the moment I have a solo show called  Here and Now at Object/A , Manchester where I have produced another site specific work entitled Present using an additive and reductive systematic process that resulted in a 140×140 cm  black square slab of acrylic paint being suspended and back lit in Object / A’s intimate space. The piece is intended to have a strong, almost confrontational relationship with the viewer making them feel fully switched on and ‘present’ in the moment of encounter.

What was your original inspiration to look into the possibilities of acrylic? Are there any other mediums that you be interested in exploring?
DC: I started using acrylic paint as a collage material back in 2011 when I was producing small collages from used bits of studio debris like split latex gloves or left over masking tape which came from the large solvent based paintings I was making at the time. I was concerned about my health and the environment and decided to switch to acrylic based mediums and made the ‘skins’ by building up layers of acrylic paint onto stretched polythene, peeling them off and cutting them in to sheets.

I quickly recognised the versatility of the technique and the way my larger paintings could have more of a connection with the playful processes I used to make the small collages. I was using a cumulative process like collage to make the large 4 – 6 ft wooden panel paintings which sometimes entailed fixing extra wood on the back and sides of the work. The pieces were heavy and I was becoming frustrated with the restrictions of a given edge or a particular surface that I thought held me back. The paint skins soon became the support itself which opened things up and led on to the exciting method that I still use now.  My focus on using acrylic paint as a material to bring about ideas and forms has recently been offset by my use of non tangible materials such as space and light.

A: In your recent work, you have chosen a purely monochrome theme which is doubtlessly striking. Is colour something that you would be interesting in exploring in your work or do you think that a monochrome palette is something that you will continue to use?
DC: Although it may appear restrictive, the monochrome is something I use for its liberating qualities . For me the monochrome enables me to say a lot without the burden of illusion, figuration or a narrative subject and is the best I have found to present bare material facts and the meaning of a painting in the most reductive and sophisticated way. I have focused on black and white recently as these two opposites have so many interesting qualities in their own right and supply me with the means to answer metaphorical questions I am concerned with in my practice.

I love the actuality and density of black and its ability to throw its weight around whereas white has a beautiful ethereal nature like light and offers me a transcendental quality that is lovely to work with . I am currently investigating the philosophical notion of  bringing a form into being in my work by exploring the material and malleable qualities of acrylic paint. Recently I have experimented with finding ways of dissolving a form once it has arrived and I am currently working on some ideas that deal with this liminal, in between stage  where the form appears to have   ‘one foot out of the door’. The only other colour I would consider using at the moment is silver as its properties are something that really interests me in relation to my current concerns . I like its contradictory nature, particularly its mirror like qualities.

A: You have spoken about the importance of the materiality of your work and its three dimensional aspect. When exhibiting your work, do you find that there are any settings or spaces which work particularly well with your pieces?
DC: On the whole painting has historically operated as its own self contained unit dictated by the edges of a canvas and displayed in a neutral gallery space which emphasised the work itself . A few years ago I found this way of painting too limiting for the ideas I was having and decided to free my work from any illusionistic, referential or pseudo elements it might still contain and focus on paintings physical and material properties. I also dispersed of any traditional support which resulted in work that broke free from the walls into the gallery space itself- making both the space and the viewer active participants in the exhibition experience.

I recently co- curated the exhibition Real Painting which looked at work that straddled the line between sculpture and painting at  Castlefield Gallery’s quirky , almost awkward space.  It forced me to think very carefully about how the viewer navigated the space and how each piece functioned in relation to the architecture, the other works in the show and the viewers  proximity to it. I find many spaces suit my work depending on what it is I’m showing or what I’m trying to say.  I always try and visit the sites where I am exhibiting or at least get lots of photographs of the space as it can either  enhance or dilute the message of the work.  I have started to look at exhibition spaces not just as a backdrop to display my work in but a as fundamental part of the works aesthetic and meaning.

In terms of the near future, do you have any particular projects in mind?
DC: I am delighted to been invited to take part in five upcoming group exhibitions as well as a forthcoming solo show this year in various parts of the UK and Norway.  I have sent some small paintings  off to the Royal College of Art, London for their annual fundraising show Secret. In May and September I will be showing work in the group exhibitions Transparent Things at Vane, Newcastle and Nevertheless in A3 Project Space, Birmingham.  Both shows are organised by Object/ A, Manchester  in conjunction with the fore mentioned galleries and all the artists included focus on reductive processes that explore a particular materiality that is relevant to their respective practices. I just have sent work off to the Beat Art Collection who will be showing my work in a group show at Agder Teater in Norway.

I am also very excited by my upcoming solo show Whiteout in September which will be shown at Supercollider, Blackpool home of the UK illuminations.  I intend to make an ambitious site specific installation that will involve dissolving painted forms with light in 600 x375 cm space . This entails making a large paint skin that surrounds a whole room from the ceiling to the floor and will be strongly illuminated by a specially constructed light ceiling that is intended to make the painted forms disappear and the viewer assume a transcendental ‘zero’ state through this intentional sensory loss. 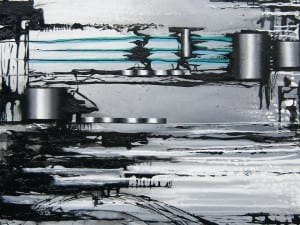 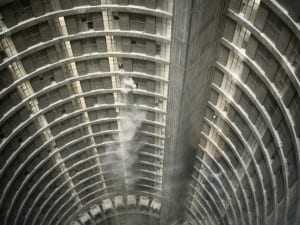 The Photographers’ Gallery announces Nikolai Bakharev, Zanele Muholi, Viviane Sassen and Mikhael Subotzky & Patrick Waterhouse as the four shortlisted artists for the Deutsche Börse Photography Prize 2015. The annual prize, established by the gallery in 1996, aims to recognise and the work of a living artist who has significantly contributed to photography.