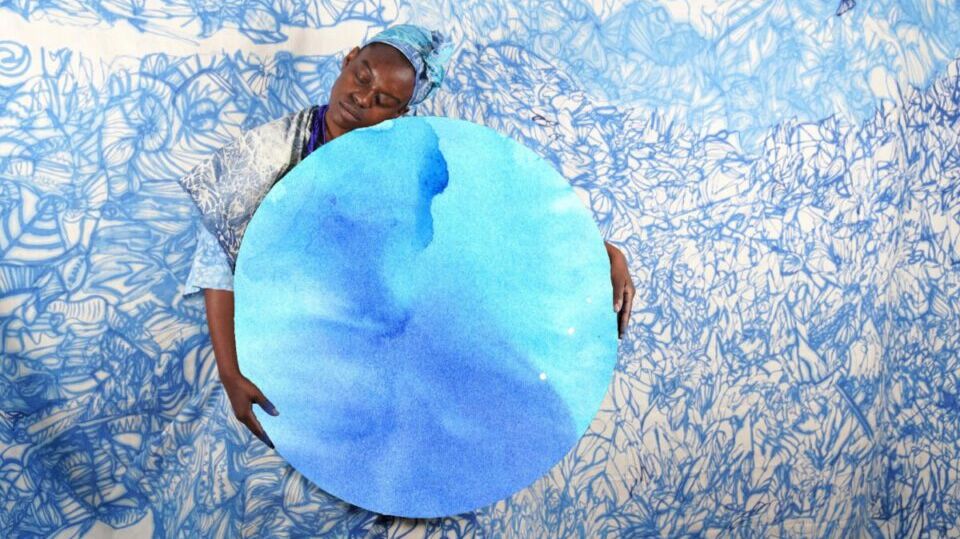 Blue is clearly a colour to conjure with for Scottish-Zimbabwean artist Sekai Machache (b. 1989). The narrative voice in her new film Profound Divine Sky, part of the exhibition at Edinburgh’s Stills gallery, opens on a list of phrases that sounds like a cross between a spell and a colour chart: “1. Blue of Nothingness, 2. A Hint of Blue, 3. Milky Blue, 4. Lively Blue, 5. Azure Blue, 6. Blue of the Horizon, …” The artist stands on a patch of bog-speckled moor in heart of Flow Country, an expanse of wetland in the far north of Scotland.

The blue of the water is enhanced by the reflected blue of the sky, Machache inserting herself between the two in a spectacular indigo-patterned dress, itself an artwork. This ceremonial robe, created by artist and craftswoman Fiona Catherine Powell, is on display at Stills alongside a sequence of photographs, many of which show Machache cradling a disc in the same marble patterning – created through automatic writing – which seems to possess magical or oracle-like qualities.

The emerging photographer and filmmaker’s work was last seen in Scotland at Street Level Photoworks in Glasgow, as part of a double header with Kenyan artist Awuor Onyango. For that show, Body of Land, the artist used a gloomier, more sultry colour palette. Bodies dressed in red or daubed with white pigment emerged from deep, dark backgrounds. At once potent and intangible presences, these figures were accompanied by a set of marbled ink drawings that perhaps provided the basis for the visual grammar of this new show, which is part of Edinburgh Art Festival.

Blue as cultural denominator, blue as cosmic void: Divine Sky sends its audience spinning between these poles of interpretation. In her own writing, Machache notes the significance of her new, azure colour palette as a reference to Blue Willow Chinaware, a familiar style of decorative crockery that appeared in China during the Tang Dynasty but has since become commodified and circulated endlessly in knock-off forms in the west. In Profound Divine Sky, the robed figure carries a patterned blue vase, probably of the same cultural origin, as if blue were a portal to histories of colonial trade, exploitation and cultural appropriation. At the same time, the imagery reminds us of the domestic objects we have surrounded ourselves with in lockdown, to stave off the void and boredom of isolation.

The semi-autobiographical voiceover that punctuates the film sends us in another direction, announcing that “the earth buzzes with a blue frequency channeled directly from Sirius, the black star portal that our ancestors travelled here though…We are in the process of healing ancient wounds, created by the original crime that set this world adrift. The red frequency that our planet has been emanating is being healed.” The implication here is a narrative of post-colonial and environmental cosmic repair.

In this way, the film demonstrates both Afro-futurist and ecological aspects, building a kind of spiritual bond between artist and landscape. Other sections of the narrative establish the terms of this quest by referring to nativist racism within white Scottish culture and the issue of split identities within the African diaspora. Divine Sky does not offer solid answers to these big questions. Instead, it appeals first and foremost in sensory and emotional terms, transporting us to a place of beauty, mystery and calm. 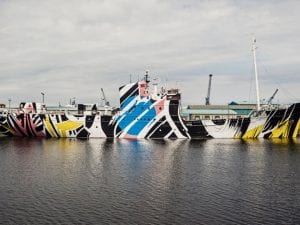 The UK’s largest annual festival of visual art returns to Edinburgh on 28 July with a dynamic programme of partner exhibitions and pop-up events taking place across the Scottish capital. 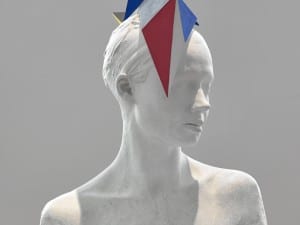