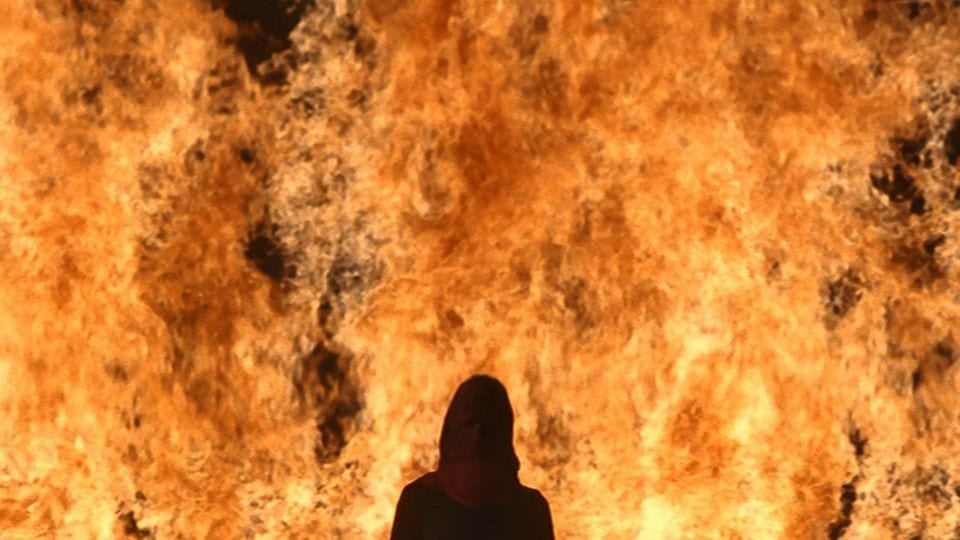 Continuing a series of high-profile recent exhibitions which have included Ai Weiwei, Ursula von Rydingsvard and Joan Miró, this autumn the Yorkshire Sculpture Park looks back over 20 years of work by American video and installation artist Bill Viola. Viola has been instrumental in the establishment of video as a central form of contemporary art, and his installations, total environments which envelop the viewer in image and sound, employ state-of-the-art technologies. Featuring a new work, The Trial, this retrospective takes place in the Chapel and Underground Gallery at YSP, and will serve to demonstrate Viola’s ongoing investigations into the unseeable and unknowable.

Clare Lilley, YSP director of programme, says: “Bill Viola at Yorkshire Sculpture Park aims to be especially meaningful to the Sculpture Park’s intergenerational audience, with works selected to relate to the thresholds of life and the questions they raise, across cultures and geographies. The exhibition is a journey through time and landscape, presenting both intimate and dramatic experiences in one of the most powerful and singular exhibitions of Viola’s career.” The most extensive UK survey of the artist’s practice for 10 years, it considers universal themes of life, death, love and spirituality. Viola specialises in giving tangible visual form to abstract psychological and metaphysical experiences, exploring the human condition and holding a stark and intimate mirror to our strength, fragility, and the impulses and inevitabilities that unite us.

The Trial, to be presented in the Underground Gallery depicts, in Viola’s own words, “five stages of awakening through a series of violent transformations.” A young woman and a young man are each doused with a sudden and unexpected succession of different coloured liquids. Their ordeal intensifies then wanes as the cycle progresses and changes, from despair to fear to relief and then purification. It is joined by three works from the Transfigurations series, which reflect on the passage of time and the transformation of a person’s inner being. In Three Women (2008), a mother and her two daughters slowly approach an invisible boundary. Viola makes use of grainy images from an old surveillance camera, placed in contrast with those shot in high definition. Two related works, The Return and The Innocents (both 2007), use the same device of an unseen wall of water to render visible the momentary threshold between life and death.

The earliest work here is The Veiling (1995), created for the 46th Venice Biennale. A man and a woman moving through a series of nocturnal landscapes are projected through the layers of suspended translucent material. Viola notes: “Recorded independently, the images of the man and the woman never coexist in the same video frame. It is only the light from their images that intermingles in the fabric of the hanging cloth.” Inside the 18th century Chapel, Fire Woman and Tristan’s Ascension (The Sound of a Mountain Under a Waterfall) (both 2005), draw on the ancient story of lovers gripped by a passion which can only be consummated beyond the grave. Originally created for theatre director Peter Sellars’ production of Richard Wagner’s opera Tristan und Isolde , the works are shown one after another in a continuous loop, revealing Bill Viola’s ongoing concern with mortality and transcendence.