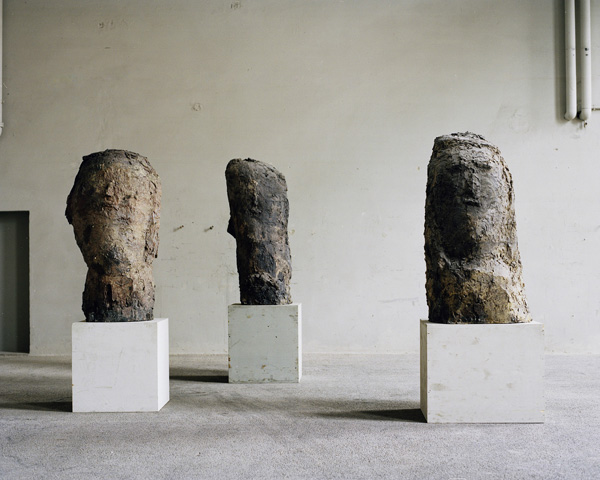 Hans Josephsohn died last year at the age of 92. An example of his legacy is currently exhibited at Yorkshire Sculpture Park. We are given to understand that throughout his career, he drew on a 30 000-year-old tradition of figurative tradition. Certainly, the works in the Bothy Gallery, the outdoor terraced area, and the arcadian Formal Garden at YSP capture sentiments related to the archetypal and prehistoric. However, the methods employed by Josephson engaged and display his personal touch with sensuality. Also, he knew the subjects portrayed. They were, we are told, his friends. In this way, the works speak of both personal and universal intimacy.

Josephsohn’s working method with all of the sculptures currently on display was to add and take away wet and dry plaster until the form was satisfactory. The resulting metal casts have the quality of the movement of this painstaking manufacture. Imprints of Josephsohn’s fingers and hands are sometimes visible. These explicit traces of his personal touch heighten the sensuality of the works. The metal cast is brass, which was left unpatinated. Consequently, the appearance of the surfaces of these forms suggests precious materials in the raw. This heightens the personal and intimate nature of the statues as portraits by giving them a priceless and earthy quality.

On the outdoor terrace at YSP the viewer is presented with a line Josephsohn’s forms suggestive of large heads. They are untitled works from 2003, 2002, 2002 and 2000. The latter two are named parenthetically as ‘Lola’ and ‘Madeleine’ respectively. No facial features are discernible. However, arranged in this way, and when viewed from a distance, the ‘heads’ are highly reminiscent of those on Easter Island. The prehistoric and archetypal are here coupled with a personal touch and intimacy. This coupling, which seems to touch on the spiritual, gives an impression that the souls of the subjects are being portrayed. Also, the scale of the sculptures lends charisma.

In the arcadian Formal Garden, just down the steps from the terrace, the viewer finds work with more discernible features. Most of the works here are of reclining women. They are reclining on their sides. All are untitled, ranging in year of production from 1970 to 2005. The sensual and the intimate are strongly suggested here. Josephsohn’s touch, applied apparently with painstaking care, conveys great sensuality here. The coupling of the personal with the archetypal and prehistoric in these nudes speaks of the desire for health and fertility. Such comes across with both a universal and individual generality.

Before entering the Bothy Gallery the viewer is presented with Untitled (Ruth) (1974-5). The head, arms and upper half of this subject’s body rest on a stand. The earthy and priceless, formed with the discernible personal touch of Josephsohn, speaks sensually of the prehistoric archetypal. Again, the desire for fertility is part of the overall impression; but this is coupled with his personal knowledge of the subject. Inside the gallery, there is more of this. Remarkable in particular is a wall-mounted, homogeneously framed depiction of two figures, one touching the other. It seems very ancient – it could be part of a cavern. It might be Adam and Eve or something equally archetypal. It is awesome and moving despite its comparative small scale. 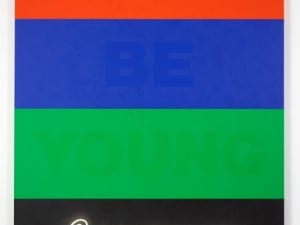 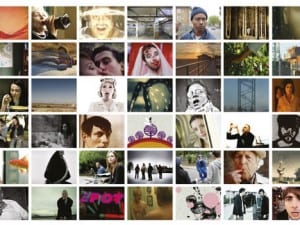 ASFF incorporates creative programming and alternative venues. As the latest addition to the British film festival circuit, ASFF offers a unique experience within the festival landscape. 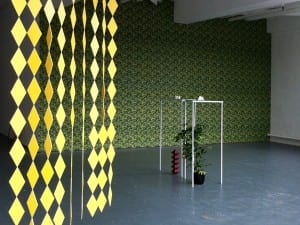 The Great Moon Hoax contains the collaborative installation work of Kitty Wingate and Claire Davies and is currently on display at the Great Central Gallery & Studios in Leicester.