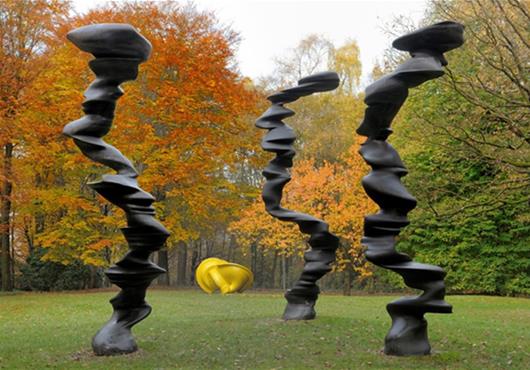 Yorkshire Sculpture Park (YSP), Wakefield, has a wide range of events coming up in 2017, featuring major indoor and open-air exhibitions, innovative installations set against the landscape and a series of special celebrations for the Park’s 40th anniversary.

Some key events include an extensive display of work from Sir Tony Cragg, one of the world’s most well-known British sculptors, the show a homecoming for the Turner Prize winner who has lived and worked in Germany for over 40 years. The year also brings a rare opportunity to experience recent work from the renowned architect and filmmaker Alfredo Jaar.

In 2017, the Park continues its collaboration with the National Partner Programme, curating exhibitions from the Arts Council Collection, and working with pioneering artist Rana Begum. Furthermore, YSP will once again offer artist residencies, graduate awards, open studios, and laboratories to encourage experimental artistic practice. A series of pop-up projects occur throughout the year, responding to creative practice and underpinned by curational and technical support.

Simon Armitage occupies a 12-month residency, visiting the Park throughout the seasons to create new work in response to the impressive and changing landscape. The poet will also curate a series of readings, alongside the launch of a new publication in the autumn. New media artist Haroon Mirza creates an intervention over the summer solstice in the James Turrell Deer Shelter Skyspace.

Commemorating four decades YSP’s position is only confirmed as one of the world’ leading sculpture parks. Major artist talks, sound and light interventions and a 40-hour party are all part of the year-long festivity of the Park’s birthday. To memorialise the artists that have been part of the organisation over the last 40 years, a publication has been produced, with a foreword by Michael Palin and featuring an interview with the Founding and Executive Director Peter Murray CBE. 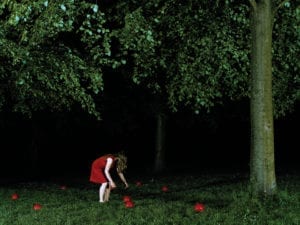 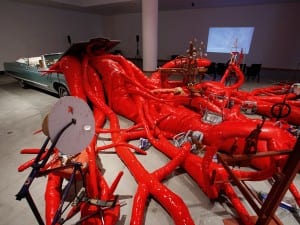 The Battle of Opposites

30 artists are presented in the first large-scale exhibition of works from the collection of Dimitris Daskalopoulos.