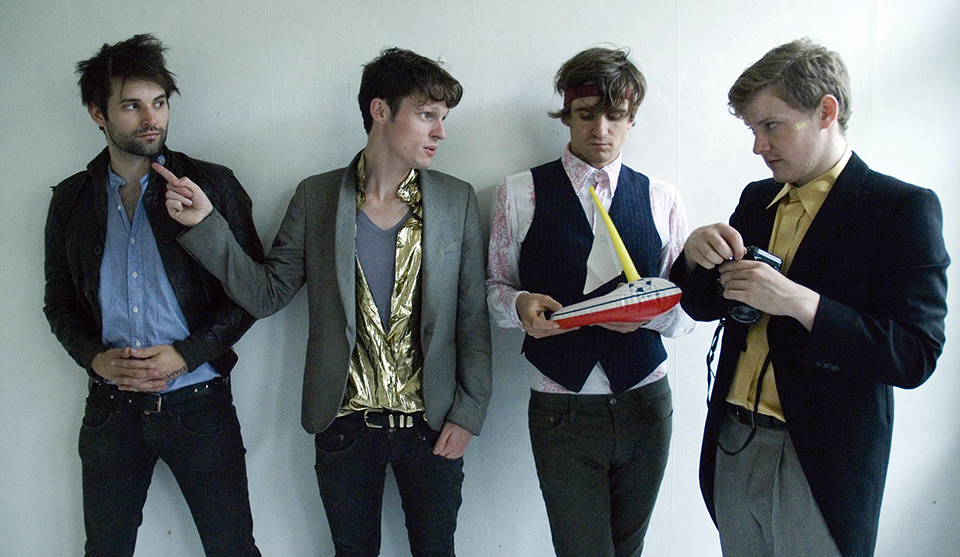 Official Secrets Act is setting the standard for contemporary British indie, and what’s more startling, they have yet to release their debut album.

Hailing from every corner of the UK, but meeting whilst students in Leeds, Official Secrets originally comprised Thomas Burke on lead vocals and guitar, Lawrence Diamond on bass and Alex MacKenzie taking drums. When multi-talented musician, Michael Evans, joined the Official Secrets Act, the dynamic was complete.

Initially practising in a dingy Leeds basement, Diamond reveals the band then spent a two-month period in a Manchester flat, all but squatting. “Sharing beds, sleeping on the floor. It rained for two months and we just played and played, listened to vinyl, listened to 7 inches, and played some more. We wrote half the album up there.” Spending so much time together has made Official Secrets touchingly close-knit. Diamond says: “I think of the other three as my brothers, and I would do anything for them. We fight and we shout like all people, but there’s so much respect between the four of us, it’s worth it. It’s a friendship thing that couldn’t be broken.”

Sharing an interest in British military history, Diamond explains the origins and importance of the Official Secrets identity: “All the codes and the winks and the people-are-listening Cold War ideology we were really into when forming the band. We wanted to play with those images in our music and our aesthetic.” The band write all songs together and have no interest in portraying life as bleak, preferring to elevate everyday concerns to the joyous and epic, “meeting someone, losing someone, are amazing experiences that happen to everyone everyday. There’s a certain romance to them, even though you know they are small, they are the important things in life. Official Secrets helped us get behind that idea and find a way of expressing it.”

With an endearing English eccentricity, the band is peculiarly British. Unsurprising perhaps, as Diamond cites The Beatles and The Clash as “the two bands the four of us can just sit down and play any album and we’ll love it all. English lyricists seem to be a bit truer to life.” Further homegrown acts such as The Kinks, Nick Drake and Pulp are referred to, but Diamond admires “any band that means it and has a lot of passion.”

Already receiving plaudits for their own passionate and tight live performances, Diamond reveals: “I love playing live. I love the connection with people. The most exciting thing is always writing the song, but that means nothing until you can share it with people. We try and give everything every night and leave every bit of us on stage. People are starting to appreciate that. We did it when five people were watching. Now there’s more people watching…” 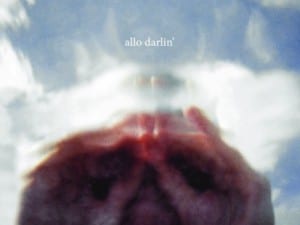 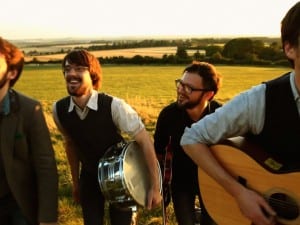 Oxford five-piece The Epstein’s, debut I Held You Once is a mesmerising mix of warm American West Coast-style folk rock, with a spectral cinematic sound. 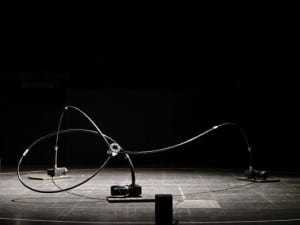 FutureEverything is not staging a retrospective, but a platform for a global community to collaboratively reflect on the bleeding edges of art, academia, design and business.