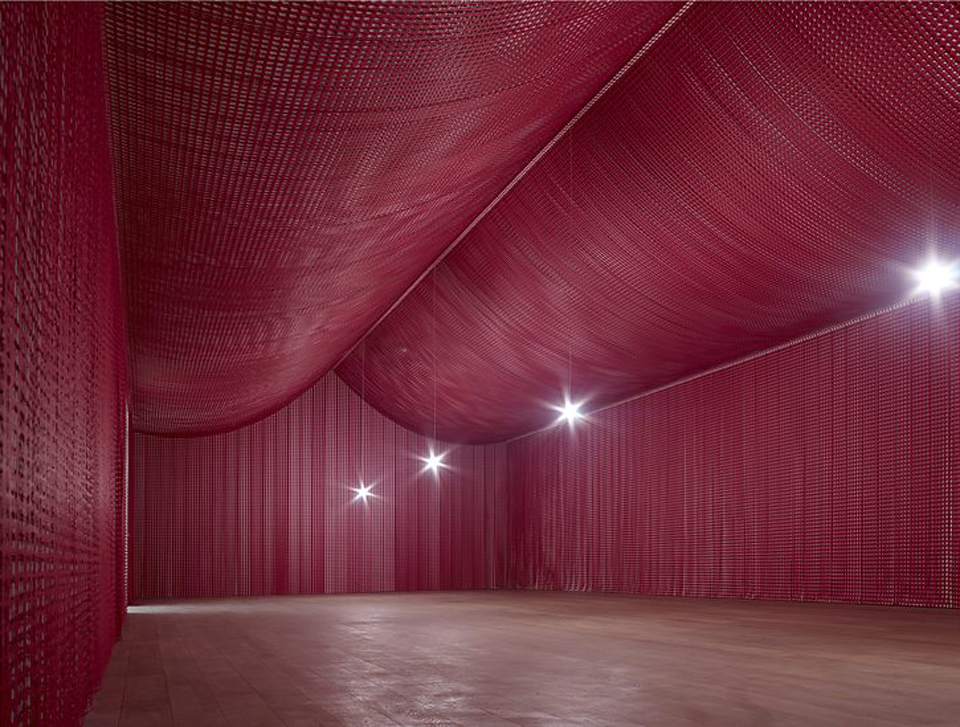 Manchester’s Whitworth Art Gallery was always a tranquil haven to retreat to when the bustle of the city became too overwhelming, but following a lengthily £15 million refurbishment it has doubled its capacity in a merging of original historic features with a contemporary extension which brings the surrounding park into the gallery. Headlining the gallery’s hotly anticipated re-launch is a major solo exhibition by Cornelia Parker, an artist whose work transforms the ordinary object into something compelling and perhaps is the perfect metaphor for the Whitworth’s transformation.

During the wait for the Whitworth’s grand reopening, Parker busied herself in a collaboration with scientist Kostya Novoselov at the University of Manchester to create a new work inspired by William Blake’s watercolour The Ancient of Days. Taking microscopic samples from drawings in the Whitworth’s collection, Novoselov transformed them into graphene to become part of a spectacular firework meteor shower set off over Whitworth Park during the opening celebrations in a tangible collaboration between the historic and the contemporary.

On entering the pre-existing but refurbished gallery spaces, Parker’s presence is immediately felt with an intense and densely hung wall of works facing you on entry. Separate from the new temporary exhibition spaces, it acts as an introduction to Parker’s obsession with dematerialising objects in works such as Measuring Liberty with a Dollar, a melted down dollar which Parker had drawn out to become a length of wire the same height as the statue of liberty.

Just over to the right is a display of what look to be a group of grimy canvases entitled Room for Margins. Having lived a previous life as the linings of various Turner works, Parker rescued them from the draws of the conservation department at Tate gallery, and after mounting them behind glass, exhibited them as art works titled after the artwork they had previously protected in a revealing of the unseen.

Entering the main galleries, you are immediately confronted by an expansive view across the park from the glass rear extension which seamlessly merges the gallery with its surrounding greenery. Welcomed by the presence of well known and loved works including Cold Dark Matter: An Exploded View (Parker’s famous exploded garden shed), the newly refurbished barrel vault ceiling galleries feel familiar. Over the other side of the gallery, a darkened room, empty apart from a lining of waste perforated poppy paper from the manufacture of British Legion Poppies forms a new and exclusive work entitled War Room in another merging of the historic and contemporary.

Parker is one of Britain’s leading arts elite and it feels befitting that her work forms part of the re-launch of one of the UK’s important but often overlooked venues. An exhibition surveying Parker’s career, her work sits so comfortably within the hype and pressure of such a big occasion, it’s hard to imagine that any other artist could have been part of such an occasion. 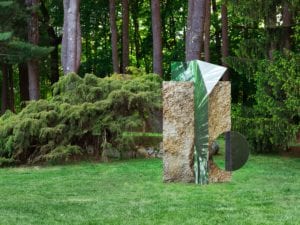 Inspired by a new podcast, Aesthetica highlights five pioneering women sculptors who have redefined the medium through materials. 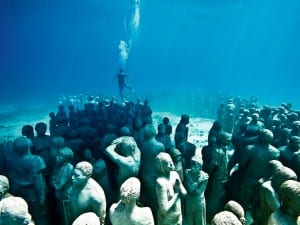 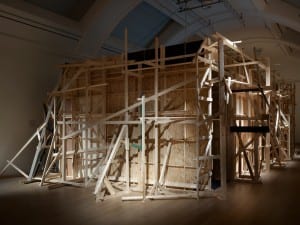 The Whitworth brings Ben Rivers’s most ambitious work to date to Manchester. We speak to Mary Griffiths about Rivers’s film that migrates between the realms of documentary, fantasy and fable.