This week, galleries across the globe ask how meaning is constructed and challenged in today’s unsteady climate, and how artists – as both civilians and creatives – document and react to these developments.

Blind Faith: Between the Visceral and the Cognitive in Contemporary Art, Haus der Kunst, Munich

Moving into the technological future, the concepts of truth and faith continue to develop, becoming uncertain, undefinable forms, accepted on an individual basis rather than universally. 25 international artists examine this complex state, including immersive installations from Jol Thomson (b.1981) and Melanie Bonajo’s (b.1973) uncanny films that explore levels of consciousness. Until 19 August. Find out more here.

Working for Stern Magazine, Robert Lebeck (b. 1929) documented radical acts across the globe. Kunstmuseum’s retrospective investigates the artist’s whereabouts in 1968, uncovering the varying, national struggles for social revolution, different forms of rebellion and the aftermath of protest. Until 22 July. Find out more here.

This show reflects on James Baldwin’s essay of the same name, prompting an awareness of how artists act as commentators. Rinko Kawauchi (b.1972) and Richard Misrach’s (b.1949) minimalist photographs observe topographies as a reflection of man’s ideals, uncovering how creatives shape society’s understandings and reactions of ever-present civic, environmental and political concerns. Until 16 September. Find out more here.

Exploring themes of human suffrage, protest through language and the consequential effects of these rebellious actions, American photographer David McKenzie (b.1977) questions what it takes to be a citizen in today’s world, channelling the past to evaluate the present through photography. Until 14 April. Find out more here.

Zoe Leonard’s (b. 1961) multi-disciplinary approach examines the intersection between the human condition and the notion of creativity, generating a new space for thought. Utilising a range of anthropological themes, from the body to sexuality, emotions and movement, the artist uncovers the rich layers which come to represent man and the disseminated information that follows. Until 10 June. Find out more here. 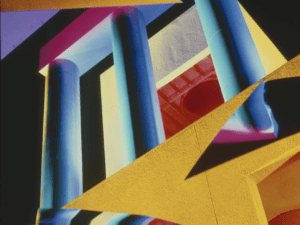 Whilst the show at Kunstmuseum Wolfsburg is closed, Aesthetica speaks to Barbara Kasten about materiality, abstraction and creative perseverance.