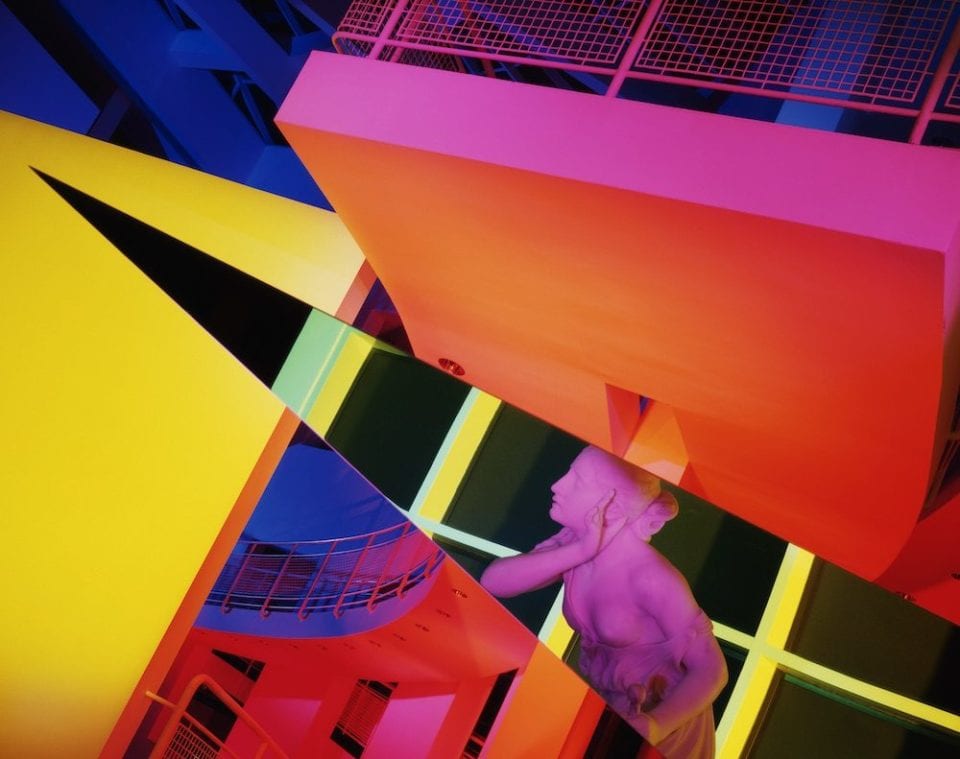 For the weekend of 16-18 June, we reflect on a striking collection of artworks being shown at Art Basel. Throughout the weekend, the city of Basel is transformed by close to 100,000 visitors, 4,000 artists, 291 galleries and around 100 large-scale and interactive installations. Claudia Comte provides a playful introduction to the event with a fully functioning fun fair at Art Basel’s entrance and Subodh Gupta invites audiences to dine within a hand-made shelter of pots and pans. Moving away from the participatory is an expansive solo show of images by Barbara Kasten and a tribute to the late Chris Burden with a presentation of his Ode to Santos Dumont in the fair’s Unlimited section.

1. Claudia Comte, NOW I WON, Gladstone Gallery, Messeplatz
A new monumental outdoor installation by Swiss artist Claudia Comte (b.1983) transforms Basel’s Messeplatz into an immersive and fully functioning funfair. Curated by Chus Martínez, Head of Art Institute at FHNW Academy of Art and Design, Basel, this is the first time that the work has been realised. Located on Messeplatz at the entrance of Art Basel’s exhibition halls, the installation challenges audiences to participate in games and activities from darts to dancing competitions – some of Comte’s own target paintings and sculptures are enveloped within the piece. In the end, audiences compete for an original artwork by Comte.

2. Chris Burden, Ode to Santos Dumont, Gagosian, Unlimited
Created in 2015, the year of Chris Burden’s (1946-2015) death, Ode to Santos Dumont is an operational airship that explores the artist’s childhood ambition of building functioning machines. Inspired by Alberto Santos-Dumont’s 20th century aviation innovations, the piece, presented here by Gagosian, encourages audiences to think outside of the box and consider a large-scale functioning object within the context of Art Basel’s exhibition halls. Part of the fair’s Unlimited programme – a platform for monumental and non-traditional works – this is the first time it has been shown outside the U.S.

3. Barbara Kasten, Kadel Willborn, Feature
A selection of American artist Barbara Kasten’s (b.1936) images are displayed as part of Art Basel’s Feature section by the Dusseldorf gallery Kadel Willborn. Known for her iridescent photographs that record and transport three-dimensional compositions into a two-dimensional plane, Kasten is a key 20th conceptual artist. Much of her work is inspired by the Bauhaus movement, in particular László Moholy-Nagy – traces of which can be found in her use of mirrors, lights and props to create geometric prints. A number of her vibrant Construct pieces from the 1980s are on view in a solo show that celebrates her influential practice.

4. Subodh Gupta, Cooking the World I, Continua and Hauser & Wirth, Unlimited
Subodh Gupta’s (b.1964) live cooking and eating installation is our second helping from Art Basel’s dynamic Unlimited line-up. For the fair, the artist has created a  shelter made entirely from aluminium utensils, in which he carries out a cooking and eating performance, commemorating these ritualistic practices. Presented by Continua and Hauser & Wirth, Cooking the World I (2017) is a 20-metre canopy made from colanders, pots, tins and other items scavenged from scrap yards in India. Audience members are invited to taste freshly made food including rice, yoghurt and soup, becoming a part of this communal space.

5. Rirkrit Tiravanija, untitled 2007 (stories are progaganda..), neugerriemschneider, Parcours
Political in his approach to artistic production, Rirkrit Tiravanija’s work addresses the relevance of public protest and criticism of economic structures since the early 1990s. The artist’s 2007 piece punctuates Basel’s urban landscape as part of the fair’s Parcours sector. His nine lines of illuminated neon verse echo former generations’ protests against war, class inequality and capitalism. It concludes with an iconic phrase by French Situationist Guy Debord, one of the frequently recurring figures in Tiravanija’s projects: “If the days of this society are numbered, then it is in the vitality of the youth of this and the coming generation who will have to fight for their right to exist.” 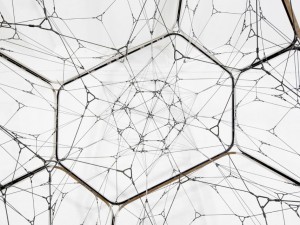 Art Basel heads to the U.S. for its highly popular Miami Beach event, bringing together a total of 267 leading galleries from North America, Latin America, Europe, Asia and Africa. 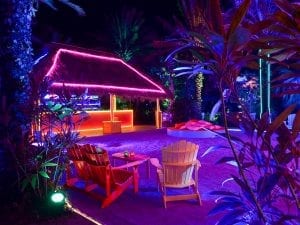 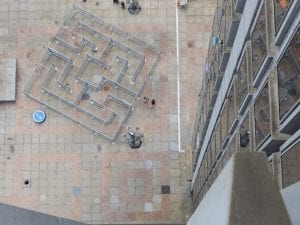