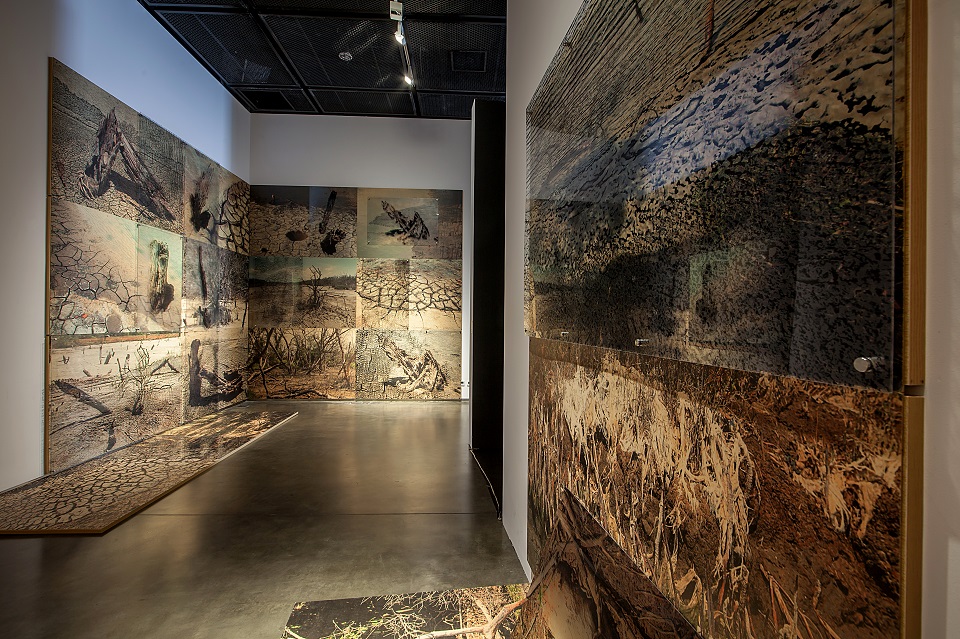 Tucked way in the back of the third floor exhibition space at the Museum of Contemporary Art in Yinchuan, China, (MOCA Yinchuan) Sonia Mehra Chawla’s immersive installation, Residue (2016), of serigraphs, UV prints, drawing on wood, and video on India’s ravaged mangrove forests beckon from afar. Included in the recently opened Yinchuan Biennale curated by Bose Krishnamachari, Chawla’s work fits squarely into the category of art in the show that calls attention to the gross neglect and destruction of nature. One of many artists focused on raising awareness about our environment, Chawla’s mission resonates particularly in China and her native India where environmental concerns have been inconsequential.

The artist’s immersive setting is constructed by hanging groups of large serigraphs and UV prints from the ceiling down to the floor. The viewer is surrounded by images of devastated mangrove forests that are traditionally home to a thriving community of varied species on the southeastern Indian coastline. Dark wooden stumps that look burned and parched dot the landscape. In her video, dead branches intertwined with stagnant weeds fill the marshland. The eerie forests, denuded by contaminated seawater from urban waste, and devoid of birds or any form of life, stand testament to a serious problem.

By covering many of the serigraphs with acrylic plexiglass on which she draws, Chawla creates the illusion of a built up surface and three-dimensionality. It’s perceived proximity creates the effect of immediacy and draws the viewer in. One is strangely captivated by Chawla’s images of the vast, dry, diamond shaped cracked earth on which the mangroves used to grow. She highlights its tactility by tracing the rhombus patterns on the plexiglass, and converts the barren landscape into a thing of beauty.

But unlike the Canadian photographer Edward Burtynsky’s breathtaking aerial images of ravished landscapes, Chawla walks a fine line between environmental ethics and aesthetics. In her work, she transforms the spectral condition of a fallow uninhabitable landscape.  Pieces of wood resemble organic sculpture, and the dried split up ground evokes a mosaic floor from a previous civilization. Yet at no point does one forget the purpose of her endeavor.  Chawla’s intention to bring the calamitous mangrove depletion to one’s attention is paramount to her work.  Hours of research with the MS Swaminathan Research Foundation in Chennai, and time spent with local people are evident from the ways in which the direst conditions are portrayed.

Chawla’s new investigative work on the mangrove forests also marks a sharp turn from her previous canvases of images of landscapes with self-portraits and urban structures. Here studied observation of the devastated forests brings heft to her images, which are particularly relevant in China. MOCA Yinchuan is situated not far from the banks of the famous Yellow River that meanders from the northeast to the southwest corner of China’s large territory. Its condition, like the excessively alkaline waters that surround the mangrove forests in India, is also highly toxic. Industrial waste and poisonous emulsions are emptied into the water regularly in both India and China. Prolonged misuse of bodies of water as a sewage dump for garbage from factories has destroyed the eco system around the mangrove forests that have always been a haven for large fisheries that support the local communities.

One of the themes of the biennale is to draw attention to the cyclical nature of life. Birth, death, and rebirth of all living things have sustained communities for centuries. The success of Chawla’s work lies in her ability to bring a sense of urgency to a disrupted natural order brought on by human defilement of the environment. As a consequence, she hopes to expose the danger of pollution, and hasten the implementation of new research to grow saplings that will survive in the current poor conditions of the Indian coastline.

Find out more about this year’s Yinchuan Biennale: www.moca-yinchuan.com 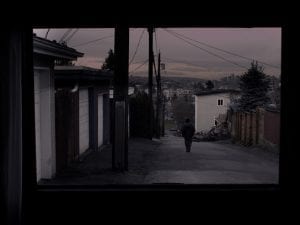 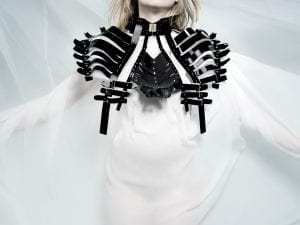 With a deep interest in fashion and costume design, Meiyi Yang explores the relationship between jewellery and clothing as they relate to the human body. 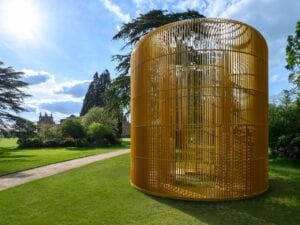 Ai Weiwei’s installation at Blenheim Palace is a commentary on fences and borders, taking the form of a large, golden, cage-like structure.