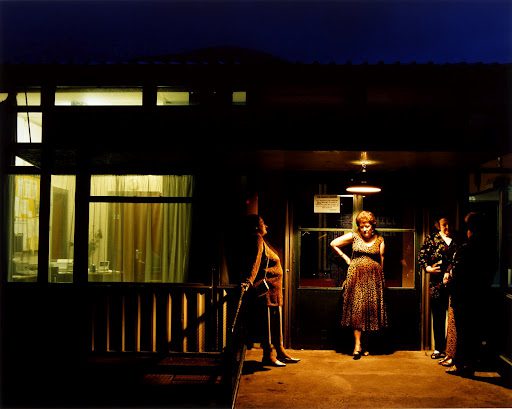 Without a doubt, Hannah Starkey, is a prolific and accomplished artist. Her solo exhibition at the Ormeau Baths Gallery, Belfast presents a back catalogue of nearly 30 photographs which fill all four gallery spaces. The rooms in the gallery are crowded, and the works would benefit from more space to allow the narrative of the individual images the chance to reveal their personal stories without the pictorial influence of neighbouring works. However the scale of the exhibition allows for an overview of Starkey’s practice since 1997 with more recent photographs accompanying the familiar works that have been featured in cultural magazines.

The formal arrangement of a Starkey image is generally composed of a female figure or small group of female figures meticulously positioned within a carefully selected environment. To manage the carefully staged scenes the artist is renowned for her use of actors. Her subjects are captured in an endless moment of frozen, expressionless stares, sometimes gazing or being gazed at within an expansive space. They sit or stand transfixed, pensively waiting in a timeless limbo, lost in introspection.

Starkey’s frequent use of mirrors as both props and psychological metaphors are a customary feature in the arrangement of her settings. The mirror represents a place for self-analysis, vanity and contemplation. In conversation, Starkey stated that, “Mirror reflections for me are a really good analogy for my photography because they picture the interior and exterior on one plane…reflections are the only way we see ourselves in the world outside photography.” More recent works seem to rely less on this as a pictorial device relying rather on light itself as the medium on which meaning is carried. In Untitled –June 2008 a female figure sits alone in a cafe, her form dissected by a glass beaded curtain hung in the window. Sun light filters through the transparent prismatic beads projecting a broken rainbow effect back onto the interior. The curtain also deconstructs the exterior reflection on the window glass. This dual reflection of the exterior and interior symbolically captures our individual powerlessness to make whole our fractured reality. This stunning image is Starkey at her best; the shot appears spontaneous and natural as though captured by chance.

Dissonance is also captured in Untitled –November 2007. A well dressed lady with a yellow scarf stands waiting on a grid of concrete paving slabs. Her scarf and hair colour co-ordinate with the autumnal leaves strewn on the ground. Beside her another figure stands with a yellow carrier bag the same hue as the women’s scarf and hair. Contrary to the picture’s harmonious composition the two figures appear divided and disconnected. The women’s body language is rigid as she stands facing in the opposite direction. Her mouth is taut; her hands clamped together like a vice. She seems uncomfortable in this location and in this company. It is a poignant, cinematic moment that holds your attention and draws you into the women’s world.

The artist’s choice of location and backdrop are never mundane or banal. Interior shots in particular are visually stunning. A large mural of a city map lends itself as the locale for Untitled- June 2007.The scale of the mural engulfs a mother and baby who sit waiting perhaps for a bus or train. The map’s web-like veins of routes and housing grids seems to have trapped both commuters in a motionless state. The image paradoxically captures the polarised views held by our society. Has motherhood suspended the woman’s life journey or has she arrived at her destination? Motherhood is an overwhelming situation and Starkey approaches this theme in such a successful way – the passing of time is altered when you become the carer of another person. For the most part the young women featured throughout Starkey’s work can afford the luxury of time by themselves, the inclusion of a mother with her role defined through dependency is an interesting departure. 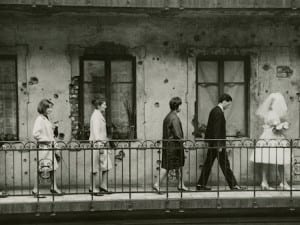 Review by Angela Darby Without a doubt, Hannah Starkey, is a prolific and accomplished artist. Her solo exhibition at the Ormeau Baths Gallery, Belfast presents… 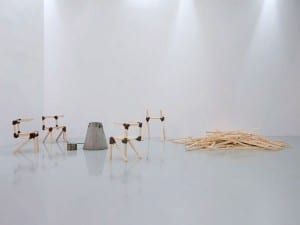 In today’s world, do-it-yourself culture is practically omnipresent: be it fashion, furniture, cooking or communication—hardly a single area of everyday life has not been swept up in the DIY revolution.

Since its inception, The F.E. McWilliam Gallery has gained an impressive reputation for programming important retrospectives of Irish Modernists and innovative thematic exhibitions.