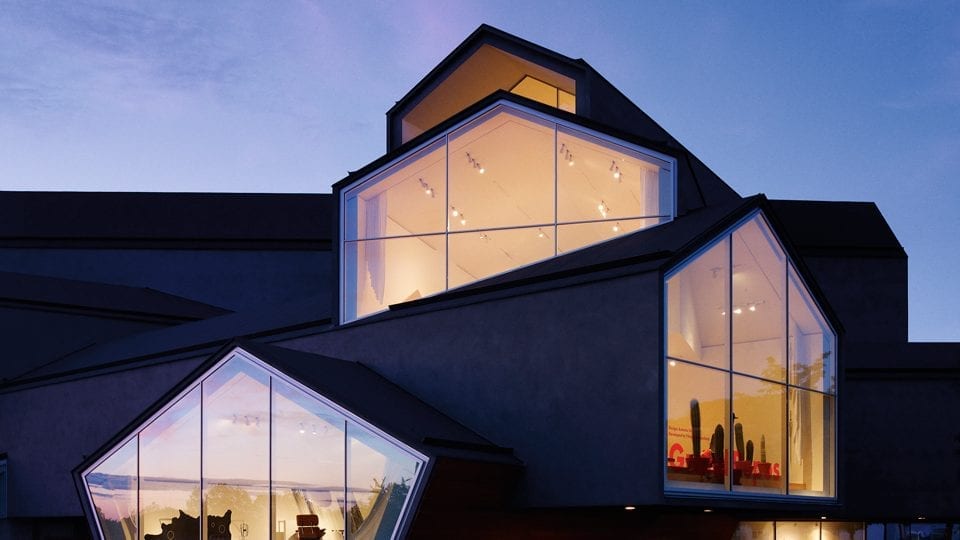 “At its best, architecture expresses the longing of the inhabitants it accommodates,” Bjarke Ingels of BIG postulates, adding that “it is the art and science of designing and building the framework for the life we want to live.” For Jacob Van Rijs, co-founder of MVRDV, “the real test is the test of time,” which is why “sustainability needs to come into the conversation” if buildings are to withstand the future. Herzog & de Meuron’s work has included high-profile regeneration projects, including converting the old Bankside power plant in London into the now-iconic Tate Modern. These three firms are driving innovation through vastly different approaches, yet their vision of how the urban landscape can evolve is fuelled by a shared passion to rethink the built environment in terms of a more ecologically friendly ultimate outcome.

BIG aims to expand the role of construction in order to “tackle the important issues we face today.” The group have created numerous buildings that capture the essence of this approach, demonstrating the ways that economic living and hedonism can successfully coexist, as well as how caring for the environment enhances rather than reduces people’s enjoyment of metropolitan life. The ability to continually evolve is situated at the heart of the rm’s work: “As life evolves,” Ingels explains, “so should our cities and buildings. It is our responsibility to make sure we change with the city.” The urban environment is not a separate entity from the population that resides in it but, on the contrary, tightly intertwined with it. Highlighting the role of human agency and how it feeds into building design is essential in BIG’s “general philosophy of inclusion”: designing projects that not only invite people in but actually necessitate their participation from the get-go projects that can only achieve their nal form thanks to that very participation.

The firm’s Superkilen, an urban landscape park situated in “the most ethnically diverse neighbourhood in Denmark” was developed by inviting citizens to put forward objects they felt were representative of their home countries, thereby creating “a vehicle with a sense of ownership and participation”, a project that loudly and clearly presented a counter-argument to the “petrified image of Denmark as a homogenous culture.” Their 2016 Serpentine Pavilion is akin to an architectural version of the Möbius strip, both 2D and 3D, inside and outside. Ingels explains: “The unzipping of the wall turns the line into a surface, transforming the wall into a space” creating a “complex three-dimensional environment that can be explored and experienced in a variety of ways.” The Pavilion shows how a simple idea can bloom into an incredible feat of complexity, a work that is at the same time playful, philosophical and stylish. Simultaneously, the commission exemplifies the human element – buildings are there to be interactive and people should be considered.

Human participation is only one side of the coin: “bringing the public realm into the building” by way of maximising opportunities for social interaction is the other side. BIG’s award-winning residential project 8 House is another manifestation of the blurring of the line between outside and inside. In the case of 8 House, the firm wanted a large urban habitat of 475 dwellings to incorporate “the typology of the townhouse with the small garden and all the social interaction that happens when people have a little piece of their private life happening in the semi-open.” The outside world seeps into the private home, whilst domestic life spills out into the neighborhood. This blurring of boundaries effectively creates a benign no-man’s-land full of opportunity, allowing for moments of “spontaneous interaction” – so limited in contemporary urban living – to keep occurring, creating a friendlier, relaxed social situation.

Turning to MVRDV, whose “research-led, collaborative and multi-disciplinary working methodology,” according to co-founder Van Rijs, pulls together different strands of expertise to “create effective design solutions.” Their ground-breaking Dutch Pavilion at the 2000 World Expo encapsulated the firm’s vision of how to “critically think about how we use lack of space in the future”, by embracing “vertical growth instead of continuously trying to reclaim land lost due to rising sea levels.” The company’s ethos is driven by the concept of architecture as a mechanism through which to replicate natural systems, so in a sense it’s not surprising that MVRDV managed to stack “an oak forest, ersatz concrete, sand to filter water and windmills on the roof to generate enough energy and power for the entire structure.” In the Pavilion, we see a microcosm of responsible design, cleverly realised in a single structure that makes the most of the vertical space.

For Van Rijs, it isn’t solely about our responsibility to the planet and future generations but equally about our own quality of life as urban dwellers: “Cities that are greener encourage more social interaction between users,” he asserts, which in turn “can make a sprawling urban area feel more intimate by creating micro-community relations within urban centres.” A green approach necessitates an understanding of the best use of renewable energy in a world of dwindling resources and booming population. It also ensures a more creative use of the existing landscape to control the ever-expanding tendencies of a city, using “the remains for urban development, abandoned railways and overpasses can be transformed into green parks, as with the High Line in New York and our soon-to-be-realised Skygarden in Seoul.”

Sustainability is at the crux of MVRDV’s practice, and meant that their vision bloomed “into something remarkable” when they approached one of these remains, Frøsilo: two disused 42m grain silos in Copenhagen, transformed into “bold and highly visible residences” on the Brygge islands. The fundamental idea of repurposing extant industrial relics, of “adopting what already exists to make it more efficient”, has been a driving force since the founding of the firm in 1993.

Herzog & de Meuron’s VitraHaus fuses two recurring themes throughout the image of the archetypal house and stacked volumes, creating a new arrangement that appears simultaneously chaotic and stylish. It shares the interpenetration of inside and outside so pronounced in BIG’s 8 House and MVRDV’s Frøsilo silos. As the flagship store of the Vitra Home Collection, VitraHaus encapsulates the company’s understanding of the home as an ever-changing collection, always responding to the dwellers’ lives.

Undoubtedly, innovation is crucial when it comes to architecture, both as a factor propelling the discipline forward and as an indispensible element of each individual project. All three firms highlighted here are, each in their own way, indisputable pioneers, not only in their ethos and overall approach but also in the projects they undertake.

Ingels understands progression as an awareness of the fact that “yesterday’s answers might be the answers to a different question than the one that is being asked today”, which necessitates a constant “reframing of the question” at the heart of each endeavour. For BIG, this translates into an enthusiasm to immerse themselves into the specifics of the project at hand: they examine an exhaustive list of parameters, including “the city, the landscape, the climate, the immediate environment”, using their observations and analysis to guide themselves towards the most fitting solution. Their global reach means BIG have a deep appreciation of the fact that “each culture or country does things differently”, and therefore they understand that local context is paramount.

For BIG, behavioural change is driven by knowledge, and this is evident in their soon-to-be-completed Amager Waste- to-Energy Plant in Copenhagen, which “will release a steam ring for every ton of CO2 emitted by the plant”. Making the turn towards energy efficiency clear and tangible by recon guring “environmental sustainability from an abstract objective into a feature of the city’s skyline” will remind the dweller how their own refuse is being turned into an energy source and how their choices affect their environment.

MVRDV’s think tank, The Why Factory, drives change by developing solutions for a range of identified issues: they’re hoping their vision will be shared by their peers as well as urban planners, and used as a cornerstone on which “to achieve and work on the ideal city, the city of the future.” Specific projects for 2017 are diverse in terms of both location and use: locally, a project for Museum Boijmans Van Beuningen, Rotterdam, will see collection stores turned into exhibition spaces; further a field, in Shenzhen, China, they’re constructing the Xili Sport centre, a project exemplifying “a more humanistic model for sports combined with cultural-leisure functions”; Echoing the successful High Line in New York, the firm’s project in Seoul will turn a 938m-long disused overpass into a public garden. Each project they undertake is unique but each is propelled by the same ethos of user- and context-specific work, which takes into account that, as Van Rijs explains, “good buildings will last longer than people, and future generations should be able to use them.”

Herzog & de Meuron’s projects for 2017 include Tai Kwun, “a high-profile conservation project” that aims to “revitalise the historic Central Police Station Compound in the centre of Hong Kong”. The project weaves together past and future: multiple heritage buildings and open spaces are currently being restored for “adaptive reuse” whilst two new buildings have been added, the façades of which – designed by Herzog & de Meuron – have been inspired “from the granite walls surrounding the historic landmark.” This tandem approach of restoring the old for a future use and inspiring the new from the fabric of a past topography exemplifies the need to reuse and recycle, to take a creative approach to a world of dwindling resources by salvaging elements from our past and transforming and carrying them forward into the future. Van Rijs sums up the necessary evolution of architecture as a discipline of the future: “We have to adapt the built environment to future needs and adopt models for the development of sustainable cities by adding layers of interpretation, past and present layers overlapping, in order to evaluate each other and create a better future.” BIG, MVRDV and Herzog & de Meuron are some of the brightest minds driving this evolution forward, ensuring our cities will realise our dreams and withstand the test of time. 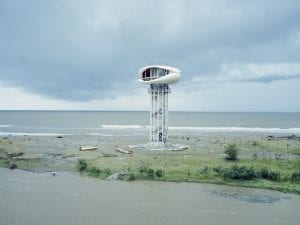 The four artists shortlisted for this year’s prize respond to the pervasive nature of information in the accelerating digital age. 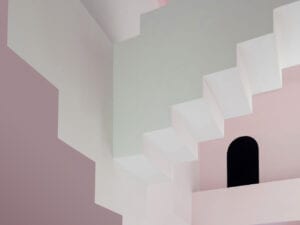 China’s most forward-thinking architects are repurposing structures to offer a new landscape that is both culturally resonant and sustainable. 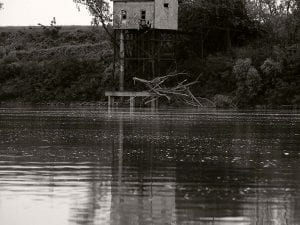