The Museum of Art, Architecture and Technology, Lisbon. 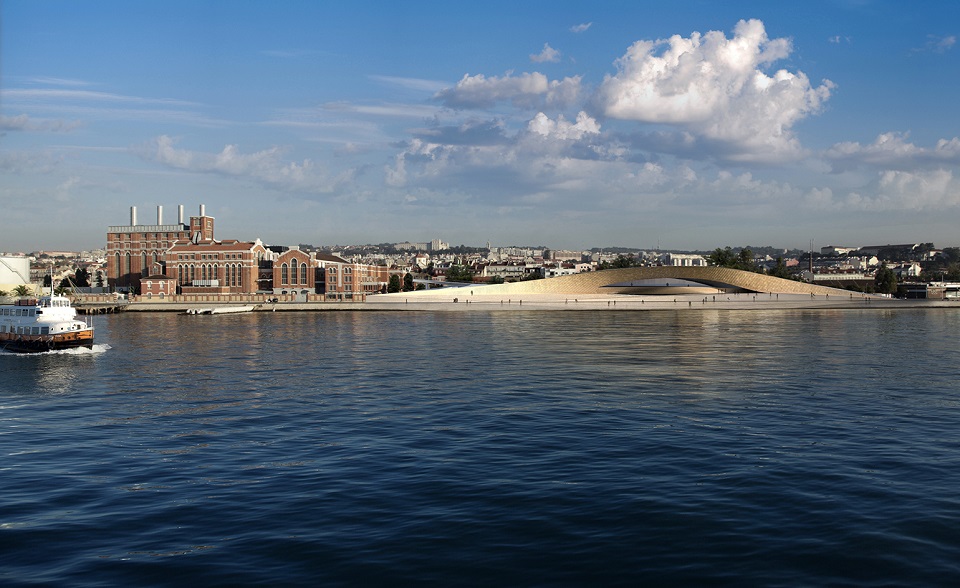 Running along the banks of the river Tagus, the district of Belém is at the heart of historic Lisbon. In the fourteenth century its ports witnessed the launch of Portugal’s “voyages of discovery” across the New World and, in return, the wealth of empire was fed back into the province. Ornate monuments such as the Belém Tower and the highly-decorated Monastery of Jeronimos were erected along the water’s edge and, in the seventeenth century, it became a retreat for Portuguese monarchy. Following their king, the elite of Lisbon turned to Belém as a world away from the poverty and disorder of the city centre, and soon lined the river with their grand palaces and picturesque pleasure gardens.

Belém became known as a sanctuary of culture, elegance and history, with priest Antonio Carvalho da Costa describing it as somewhere so desirable that “if the land permitted more palaces or buildings, the city would continue unto that site.” Today, Belém continues to be one of Lisbon’s most popular cultural areas, its rich history and beautiful architecture attracting flocks of tourists. Hoping to offer a new centrepiece to Belém’s rich cultural offerings is the soon-to-open Museum of Art, Architecture, and Technology (MAAT).

Announced earlier this year by the EDP Foundation, MAAT opens on 5 October, offering the city a new space dedicated to contemporary culture, discovery, critical thinking and international dialogue. Boasting a rich combination of visual arts and media, architecture and city, technology and science, and society and thought, MAAT is not only a first for Lisbon, but also the world. The first Artistic Director,  celebrated Portuguese architect, writer and curator Pedro Gadanho explains that MAAT  not only supports Portuguese artists, “but also local curators who are important figures in the cultural development of a place, as producers of content and relationships.”

Set on the river’s edge, MAAT will become the focal point of the EDP Foundation Campus, housed within two buildings: the newly renovated 20th century Tejo Power Station and a striking new kunsthalle building designed by AL_A, the internationally renowned architectural practice led by British architect Amanda Levete. It is a design that exploits the beauty of the waterfront site and that is sensitive to both Lisbon’s cultural heritage and the future of the city.

At its heart is the river Tagus, which informs location, shape and material. Location wise, the site is of strategic importance and allows MAAT to act as a gateway between two worlds; restoring the powerful and historic connection between the city and the river, and drawing visitors from Lisbon’s centre towards Belém. In shape the museum is a low-lying curved dome, its gracefully undulating roof echoing and responding to the rise and ebb of the nearby water. This design allows for exhibition space underneath the dome and public access above, where visitors can enjoy panoramic views of Belém and the river.

The design also has ties to Portugal’s strong material heritage and builds on the country’s rich tradition of ceramics. Subtly reinvented calçada-tile pavements run underfoot, and are used to create a seamless fusion between the textures of the city streets and the museum’s walkways. Cladding the building are 3D tiles, creating a complex textured surface that plays with light and the reflections thrown up from the water. As a result, the museum’s façade traces the shifting patterns of the tidal changes and captures the unique tonal light qualities of the museum’s location.In anticipation of MAAT’s official opening in October a 12-hour programme of innovative exhibitions, events and performances has been planned.

The museum celebrates the inauguration of its new Oval Gallery with the first iteration of the multi-part exhibition, Utopia/Dystopia Part 1, featuring the museum’s first commission: Dominique Gonzalez-Foerster, Following TH.2058 at the Tate Modern (2008) and Ballard Garden at De Singel (2014), Pynchon Park will be French artist Gonzalez-Foerster’s third large-scale environment. Bringing media, literature and dystopia together, it will present a variation on the 21st century fairy-tale, in which an extra-terrestrial has taken over the world and designed the park as a place to observe human behaviour under the best possible conditions.

Other exhibitions opening in October will include The World of Charles and Ray Eames in partnership with Barbican Centre in London, and The Form of Form, one of the main exhibitions featured at the fourth Lisbon Architecture Triennale.Alongside the museum’s 3,000 square meters for exhibitions and events, the repurposed Tejo Power Station will commemorate Portugal’s industrial heritage and will host permanent science and electricity exhibits and the power station’s remaining machinery.

Credits:
1. The Museum of Art, Architecture and Technology. Courtesy of Wallpaper.com. 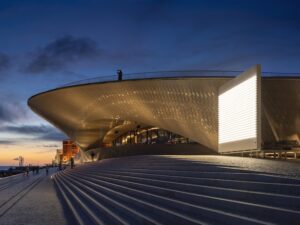 “I see one function of the museum as being a space for experimentation.” Artist Carsten Höller presents acclaimed installations and relational aesthetics. 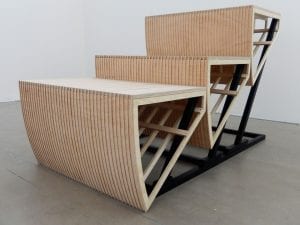 Today is the final day of the inaugural Future Now Symposium. Sessions include The Future of Art and Culture, Permanence of Print II and Public and Private Galleries.