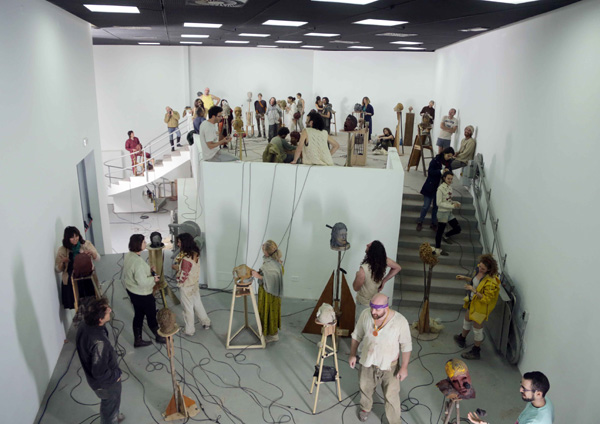 The Workshop comprises a five-channel video installation by Israeli artist Gilad Ratman. The piece interacts with the architectural structure of the pavilion to create an exciting work that draws the viewer along on a narrative journey. We are presented with video imagery, recounted in a non-linear chronicle, of a group of people tunnelling from Israel to Venice. As we move through the space, we come to realise that every aspect of the video narrative is intrinsically linked to the building in which we find ourselves. The work is not just a presentation of Ratman’s ideas, as we the viewer become absorbed into the piece and assume our own part within The Workshop narrative.

The violence that is portrayed within the work is neither gory nor extreme; it is never acted out on anybody, but rather on the images of self that the protagonists create from clay. However, there is something deeply disturbing about the aggression with which the self-portraits are both made and with which the microphones are subsequently thrust through them. These microphones that should be a means of liberation, of making your voice heard, have become weapons that instead impede and mutilate. Ratman is concerned with encouraging a different way of thinking; a means of living that does not just passively accept but dares to question and resist.

Naturally the Israeli-Palestinian conflict will be at the forefront of most peoples’ minds when visiting the pavilion, in the sense that it would be widely expected that an Israeli artist would address the subject. Ratman cleverly neither addresses it nor shies away from it. His artistic concern with questioning the set of meanings and values that have been imposed on us by authority encompasses but also looks far beyond the conflict to the world at large, and never once directly refers to it. 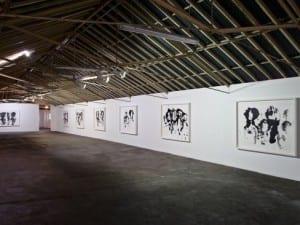 The Workshop comprises a five-channel installation by Gilad Ratman. The piece interacts with the pavilion’s architectural structure to create a work that draws the viewer along on a narrative journey. 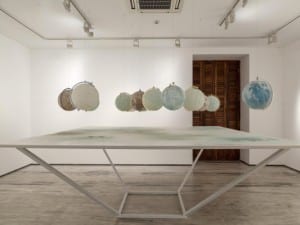 Highlights from the Kochi-Muziris Biennale 2014

During December 2014, the small fishing town of Kochi in South India’s state of Kerala, was besieged by the international art crowd as the Kochi-Muziris Biennale 2014 (KMB) opened its second edition. 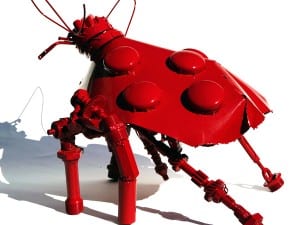