Hany Abu-Assad’s Oscar-nominated Omar is a love story set against the backdrop of the Israeli-Palestinian conflict, combining the complexities of relationships with the terrors of violence.

There is a well-worn love story formula: the lovers, the resistance they meet with and then either resolution or tragedy. It is a theme that all great writers have taken and made their own, creating millions of tales around the world and, most importantly, characters and struggles with which we can all identify. This device can also transport us to a different time and place, and in turn create a way of examining new worlds and conflict. Through film and literature we can learn about lives and cultures far removed from our own, by virtue of the shared familiarity of the struggles of their characters.

The Israeli-Palestinian conflict, for those not involved, is hard to identify with outside of the usual sanitised reel of news reports and political debate. The State of Palestine and its people, so often presented with a political angle, give little away on the perspective of the Palestinians living under occupation.

Through his filmmaking and screenwriting, Israeli-born, Palestinian director Hany Abu-Assad (b. 1961) has introduced audiences to life in Palestine under occupation and courted controversy over the highly-charged political nature of some of his films. He is best known for directing Paradise Now (winner of the Golden Globe for Best Foreign Language Film in 2006), which tells the story of two Palestinians planning a suicide bomb attack on Israel. After various ventures in Hollywood and Europe, Abu-Assad has returned to Palestinian filmmaking with Omar, a classic story of love, trust and betrayal.

Omar tells the story of a young baker who is superficially involved in the fight for independence with his childhood friends Tarek and Amjad. While they plot their insurgency, Omar is also carrying out a covert, chaste relationship with Tarek’s younger sister Nadia, through a series of stories and love notes that they secretly pass to one another. When the three friends are involved in the shooting of an Israeli soldier, Omar is captured, tortured and duped into a confession of guilt that leaves him facing life imprisonment if he rejects the authorities’ offer to become a mole among the freedom fighters.

Upon his release, Omar is distrusted by his comrades and his captors alike, and the ensuing double-crossing and paranoia destroys his friendships, his loyalty to his cause and his romantic relationship. Up until the film’s conclusion it is unclear (to Omar and to the audience) where his loyalties and his heart lie. Initially he manipulates Rami, the Israeli agent in charge of the spying operation, to gain his freedom and continue his rebel activities, but once the members of his community and Nadia herself start to distrust his motives, his loyalties and motivations become blurred and confused, with tragic and heart-breaking consequences. The relationship between Omar and Agent Rami reveals intriguing elements about the status of Palestinian-Israeli relations. At certain points they seem close and Rami shows an affection for his young prisoner in spite of his cruel treatment, while Omar’s trust of Rami superficially appears to grow as his trust in his childhood friends and compatriots diminishes. Rami personally risks his career and livelihood to offer Omar another chance but Omar’s recognition of this only causes a greater struggle between his romantic ideals and his belief in patriotic duty.

The storytelling and cinematography of Omar makes the usual obstacles and resistances of our universal love story manifest in the separation wall that Omar must scale daily to visit his lover. Abu-Assad clarifies that, “jumping over the wall is a part of daily life in Palestine.” Early in the film the details and minutiae of a life under occupation are highlighted, not only in the fact that Omar must scale a 30-metre-high dividing line to visit his friends for coffee, but also in the ritual humiliation that Israeli soldiers heap on Omar when he is stopped (innocently enough) between the factory where Nadia works and his job at the bakery. For the most part Omar takes a realist stance, even in exploring the courtship of Omar and Nadia. The three young men, in between practising assassinations, act as any others would, joking together, tormenting each other, bickering over girls and drinking coffee. Their relationship only takes a sinister turn when the state becomes inextricably involved with their daily dealings. Throughout Omar the filming is matter-of-fact, simply framed, un-narrated and not accompanied by music, with the one exception of Tarek’s funeral. The procession becomes a slow motion martyr’s requiem, a romantic allusion to Tarek’s life fighting for the Palestinian cause and it highlights the sombre conflict which lies at the centre of the film.

While Paradise Now  was inevitably seen politically, Abu-Assad is keen to emphasise that he wants to avoid this rendering with Omar : “I don’t think it’s a controversial movie, I think it’s a love story set in contemporary Palestine which is under occupation, but this story could happen in China, the USA or England. In the story itself there’s nothing controversial.” While reference to the political situation in Palestine is unavoidable, and even emphasised in the film, Abu-Assad says: “I don’t want people to think of it as another story from Palestine. The movie is about more than that: it’s not just about the occupation but about a relationship with a fine line between the institutional and the personal and the suffering as a result of that.”

For Abu-Assad the appeal of Omar  lies in its universal moving story:“This is why I make films, to share the humanity of these unknown stories.” However, the politics of Omar’s life are inextricably linked with his character and this is something which fascinates Abu-Assad: “The human side of freedom fighters is what intrigues me … More than anything else, I find that I am praised and/or criticised for giving a voice to the Palestinian case, but this is not artistic commentary or criticism, it is political commentary and criticism.”

Although Abu-Assad has spent most of his adult life working outside of Palestine, Omar is an important contribution to the state’s filmmaking industry and has made history for being almost entirely financed by Palestinians (save a five per cent contribution from investors in Dubai). He describes the creation of Omar as a homecoming, or a return to reality of sorts: “After making films in the USA, I panicked and … felt like the reason that I wasn’t doing well was because I was not doing something from real life and that I should  do something about it.” The initial idea for the story came from a friend’s anecdote about “being approached by a government agent with personal information [which they] used in an effort to make my friend collaborate.” After chancing upon this, the screenwriting process was rapid: “I pulled out a pad of paper and four hours later I had the exact structure.”

While the story of Omar and Nadia is rooted in both historical storytelling and in the reality of modern-day Palestine, Abu-Assad’s pro-Palestinian stance is uncontestable and the central role of the isolation wall is only one symptom of this. Shooting on location in Nablus, Nazareth and Bisan, the whole film was shot in eight weeks; however, one of the lengthiest processes for Abu-Assad was casting the central characters, which took over six months. He describes casting as “the most important thing in the production of a movie, and while the actors playing Omar, Nadia, Tarek and Amjad (Adam Bakri, Leem Lubany, Iyad Hoorani and Samer Bisharat respectively) are all big-screen newcomers, they play their roles with skill and empathy. The on-screen chemistry between Omar and Nadia is subtly brilliant and carries the film across the barriers of political readings. The importance of their relationship and the motivational factor that Nadia’s love contributes to Omar’s struggle is made manifest in Omar himself, and in the manner in which he becomes weaker in defying Israeli barriers (both literally in losing his ability to scale the separation wall and metaphorically in his coercion by the authorities) when he fears he has lost her.

Ultimately their love and paranoia about one another are what transports the film from social realism to a sort of Shakespearian tragedy and, while their failed relationship is beautifully understated, it is undercut with the tragedy of the ongoing conflict and the manner in which, in spite of the betrayal that he experiences at the hands of Amjad, Omar still chooses ultimately to seek vengeance on the Israelis rather than on his friend. The conclusion of Omar demonstrates the conflict between fighting as an individual and having loyalty to one’s own country, while the film opens up an unknown world, through making use of a universal love story to which we can all relate.

Omar is out now in cinemas through ZBROS. Visit www.omarthefilm.com. 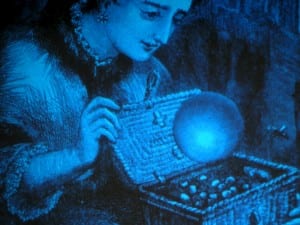 The Independent Cinema Office (ICO) has launched a new programme that supports artists’ filmmaking, and brings new works and classics back to the public domain. 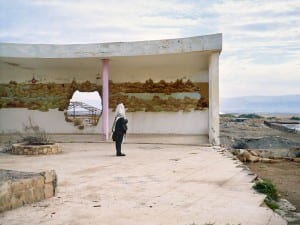 Yaakov Israel: The Quest for the Man on the White Donkey, Bradford

The Quest for the Man on the White Donkey, is a series of Yaakov Israel’s stunning photography. Choosing his home nation, Yaakov takes his viewers on a personal journey into Israel. 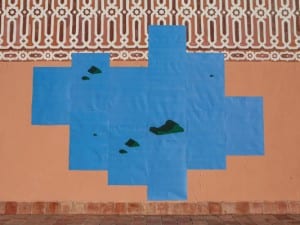 A biennial is at its best, according to veteran biennial curator and critic Hou Hanru, when it is “culturally related to the local traditions of the exhibition site but open to international exchanges.”