Ikebana is the Japanese art of flower arrangement. Literally translating as “to give a life to flowers”, it involves positioning stems, blossoms and leaves into sculptural configurations. The craft is thought to date back to the sixth century. Studio Brasch – launched by Anders Brasch-Willumsen – draws on this tradition for inspiration. The following images, crafted using the latest AI tools, combine fundamentals of Ikebana – minimalism, shape, aesthetics – with a love for abstract sculpture and new technologies.

Titled Aikebana, the series expands upon the studio’s ongoing work with CGI and digital set design, and comes at a moment when AI art is making headlines. “At the core, it’s my personal, public sketchbook,” says Brasch-Willumsen. “I intend to uncover novel forms that originate from nature, but which have been filtered through our collective memory. In doing so, I’m able to discover forms that defy categorisation and almost have a soul of their own: one that exists somewhere between technology and those who control it.”

Alongside twisting branches and delicate blush-tinted blooms, many of these images resemble crystal clusters – glittering with corals, greens and deep navy blues. In one composition, a jet black rock appears to have been sliced in half, revealing a mirrored centre. Elsewhere, undulating folded forms evoke iconic paper lamps – titled Akari – by Japanese-American designer Isamu Noguchi (1904-1988). Iris van Herpen’s (b. 1984) garments might also spring to mind, as traditional craft fuses with cutting-edge innovation. 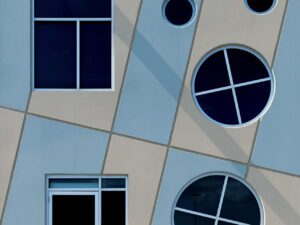 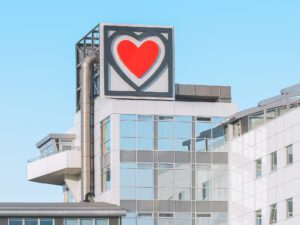 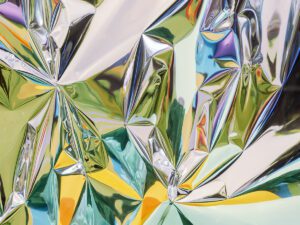