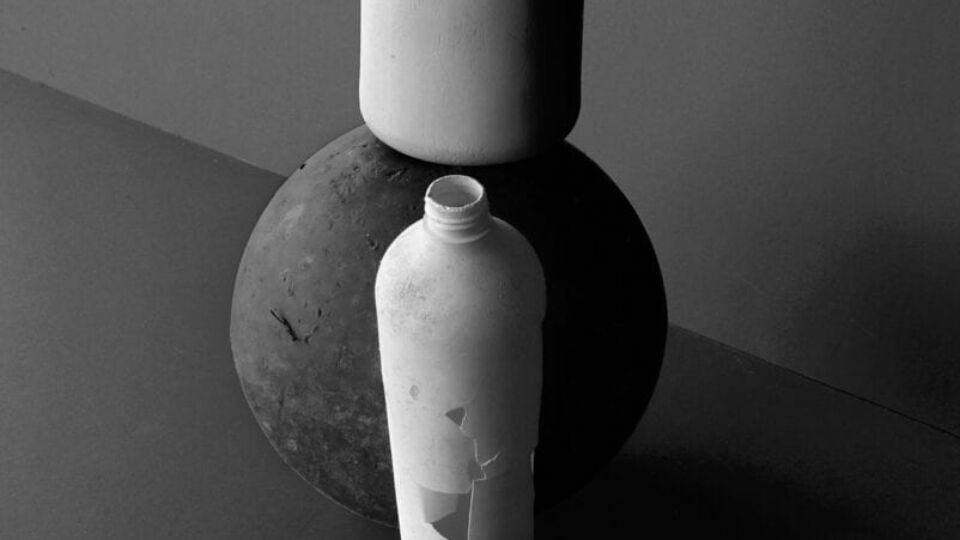 According to the Ocean Conservancy, eight million metric tons of plastic are dumped into the sea each year, on top of the 150 million metric tons that are currently circulating marine environments. Of this total number, 236,000 tons of the existing mass is made up of micro-plastics – tiny pieces that are smaller than a fingernail. It’s also estimated that by 2050, there will be more plastic in the ocean than are fish (measured by weight.)

Thirza Schaap’s Plastic Oceans series combines sculpture and photography to examine our changing relationship with plastics and their overwhelming presence within society today.

The images provide a clash between worlds, offering minimal and aesthetically pleasing compositions that, on closer inspection, instil a sense of ecological grief, asking questions about consumption, idolatry, and that which we value in our lives today.

Each composition is at once haunting and seemingly timeless – providing a kind of Vanitas for the 21st century. Skulls, wine glasses and fruit – traditionally markers of mortality, ephemerality and wealth – have been traded out for bottles, baskets and bowls: single-use items which are used and discarded, existing now as empty, destructive vessels.

The artist notes: “I hope to evoke an emotional response in audiences by creating a contradiction. These works are colourful and beautiful, but in their own tragic way. Our beaches are covered in plastic confetti and there really is nothing to celebrate.”

Schaap’s work has been exhibited with Greenpeace, Toronto Photo Festival and Art Rotterdam, amongst others. Her work has been published in Elle, Dazed, Aperture, Fisheye and more. 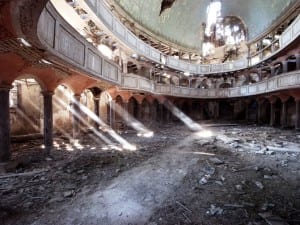 Belgian photographer Reginald Van de Velde stops time with reflective images of abandoned spaces. In capturing structures that are slipping into disrepair, he saves them forever, temporarily halting the progress of nature as it pulls each space back into the dust from which it came. 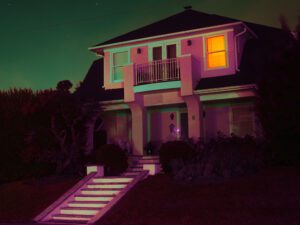