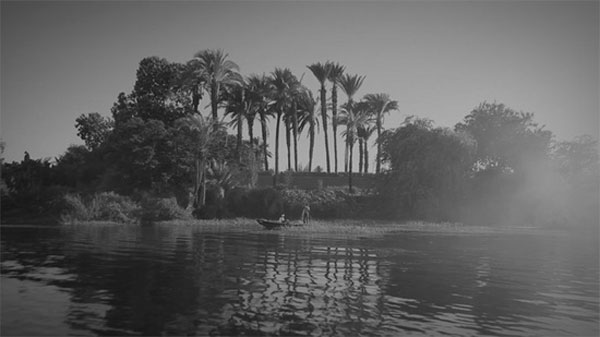 German artist Bettina Pousttchi broadens the previously conceived notions of her medium by bringing together architecture and sculpture in her photography. For Trade Routes, Pousttchi has created a new photo installation entitled Piccadilly Windows. Pousttchi uses a selection of photographs of structural elements from renovated timber frame houses taken near her home town and then re-works these into a pattern that recalls traditional architectural elements of the Middle East. The resulting motifs are applied directly to the nine windows of the main gallery. With this subtle intervention combining an archetypal example of Western European architecture with traditionally Middle Eastern architectural ornamentation, Pousttchi makes a transnational gesture that investigates the cultural dimensions of architecture.

Rachid Koraïchi and Monir Farmanfarmaian, based in Algeria and Iran respectively, have adapted traditional techniques from their native countries and integrated these into their practice. Koraïchi’s tapestries are suspended from the main gallery’s ceiling, hanging just above the heads of visitors. The tapestries chronicle the lives of 14 great mystics of Islam, such as the poet Rumi, whose writings the artist believes are just as relevant in today’s society as they were in the 13th century. The tapestries are covered in ornate Arabic calligraphy and ciphers from a range of other cultures, as well as symbols imagined by the artist.

Monir Farmanfarmaian’s large-scale mirror installations combine two elements from traditional Islamic design: mirror mosaic and reverse glass painting. Her techniques, which are traditionally passed down from father to son, create kaleidoscopic and intricate avant-garde patterns that catch and refract the light in the room.

The video works of Adel Abidin and Fatima Al Qadiri & Khalid al Gharaballi address the contradictions implicit in the social and cultural constructs of contemporary society. Adel Abidin’s three channel video installation Three Love Songs will fill the American Room with films of sultry and seductive blonde women serenading the viewer with what initially seems to be poetic ballads sung in an Iraqi dialect of Arabic. However, these songs are actually odes dedicated to the former leader of Iraq, Saddam Hussein. With Three Love Songs, Abidin brings to the forefront the underlying cultural friction and political tension by creating an uncomfortable juxtaposition between the sexualised performance, replete with Western clichés, and the meaning of the lyrics.

Fatima Al Qadiri & Khalid al Gharaballi’s film Mendeel Um A7mad (NxIxSxM) recreates the Kuwaiti ritual of Chai Dhaha, a meeting of women for pre-noon tea. However, in Al Qadiri & al Gharaballi’s version of the long-standing tradition, the middle-aged women are all played by a cast of young men and, instead of an intimate, residential setting, the film is set in a vast, opulent hotel ballroom, with each character sitting far away from the others. A small, bright pink tissue box – commonplace in every Kuwaiti household – sits on its own in the middle of the ballroom, far away from the women who might need them. The film is a satirical depiction of upperclass Kuwaiti social interactions, highlighting the absurdity of ritualised communications and shattering the sense of familiarity one would expect at a gathering of close friends and family.

Trade Routes will also feature sculpture and two-dimensional works by Subodh Gupta, Maha Malluh, and Hassan Sharif. These artists explore notions of cultural displacement through the use of found and kitsch objects, such as flipflops, as in Sharif’s seemingly imbalanced tower, cassette tapes of religious lectures, as in Maha Malluh’s installation or Subodh Gupta’s suitcases, sleeping bags and cardboard boxes, cast in aluminium. 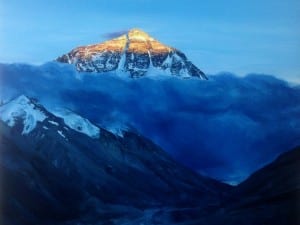 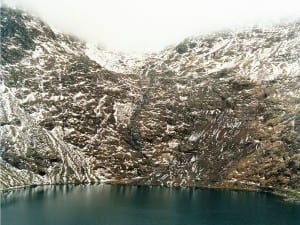 The Aesthetica Art Prize invites submissions from artists at all stages in their career, working in any medium and celebrates excellence in technical skill. Entries are open until 31 August. 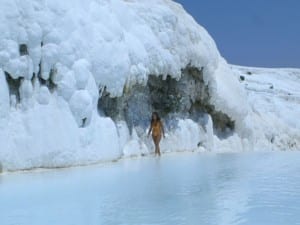 With the call for entries open, the Aesthetica Short Film Festival 2015 presents an opportunity for international filmmakers to showcase their work.