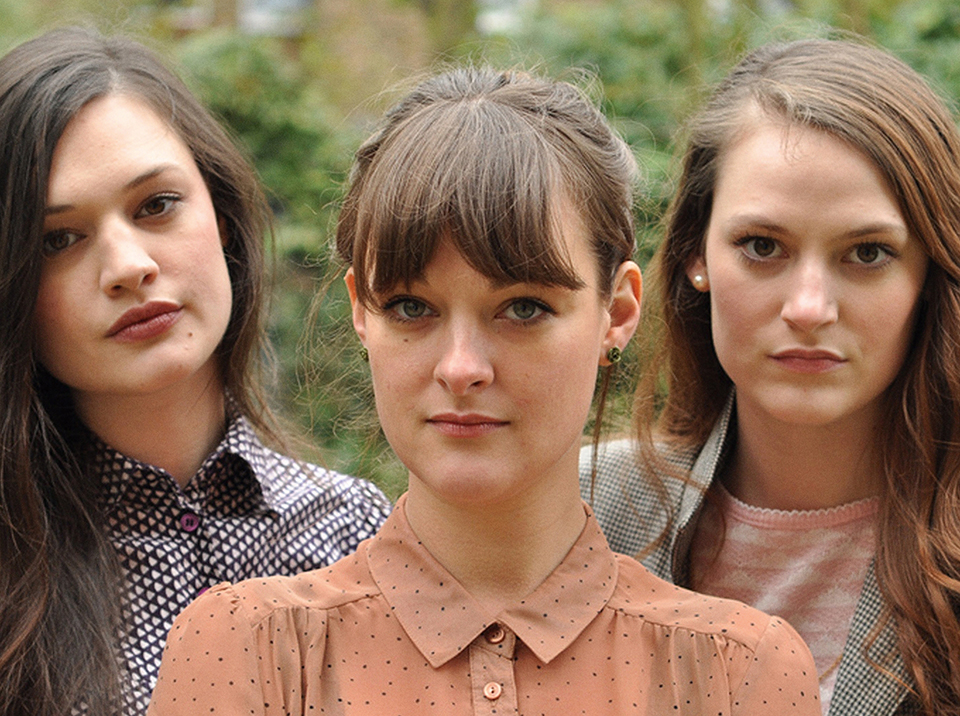 Meet the Staves: they are Emily, Jessica and Camilla, three sisters from Watford in their early 20s with talents so compelling that they have already provided backing vocals for recent albums by both Tom Jones and Fionn Regan, been asked to tour with Willy Mason, and worked with legendary producers Glyn and Ethan Johns. Their second EP, Mexico, released at the end of 2011, features three delicately assembled acoustic ballads that reflect their brand of contemporary folk. The band will be on tour with Michael Kiwanuka throughout February. We spoke to the sisters about being a girl band with a twist. www.thestaves.com.

How old were you when you starting singing together as The Staves and how did this come about?
One of our mates talked us into doing a couple of songs at an open mic night. We really liked it, so the same friend suggested we should do a gig. That was about eight years ago in our local pub, The Horns in Watford, and Camilla was only 14 at the time. She shouldn’t have been there really! We didn’t have a name for the band, but everybody referred to us as The Staves anyway, and it seems to have stuck.

What was the music that was playing at home when you were growing up?
Mum and Dad had (and still have) really good musical taste. They listened to a mixture of The Beatles, Simon and Garfunkel, the Eagles, Crosby, Stills, Nash & Young and James Taylor.

How would you describe your sound?
I suppose it would be branded as folk, but not in a traditional sense. It’s a sort of melding of still, bright English folk and sublime West Coast pop.

Your music is very much based on that home grown sound that resonates with audiences today. Why do you think this type of music has become so popular at this time?
The popularity of folk music at the moment is probably a reaction to the more manufactured sound that’s so prevalent in today’s industry. However, we’d say that whatever the genre of music, if it’s coming from a real place, people will connect with it.

You’ve been working with producers Glyn and Ethan Johns on your new album. How did you team up with them?
We met them independently from one another, and they had both heard our self-released EP and really liked what we were doing. We are big fans of the records they’ve made so it has been a dream to work with both of them – it’s actually their first collaboration as co-producers, so it’s pretty exciting for us to be part of that too.

What comes next for The Staves?
We’ll be putting out a new EP in March, and then later on in the year the record should be ready for release as well. We also plan on doing a significant amount of touring this year, which we’re really excited about – we’ll be playing around the UK and Ireland, in mainland Europe and in the USA. We’re really looking forward to supporting Michael Kiwanuka in February and then playing at SXSW in Austin, Texas in March. Of course, after all that there will be all the festivals this summer. We’re looking forward to it. 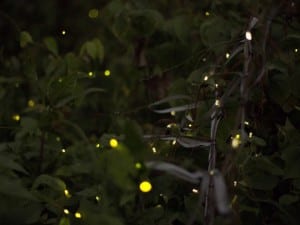 Audemars Piguet presents Synchronicity by artist and composer Robin Meier at Art Basel 2015. Meier reveals his interests in self-organisation among fireflies – a key theme of this immersive installation. 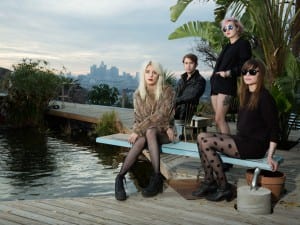