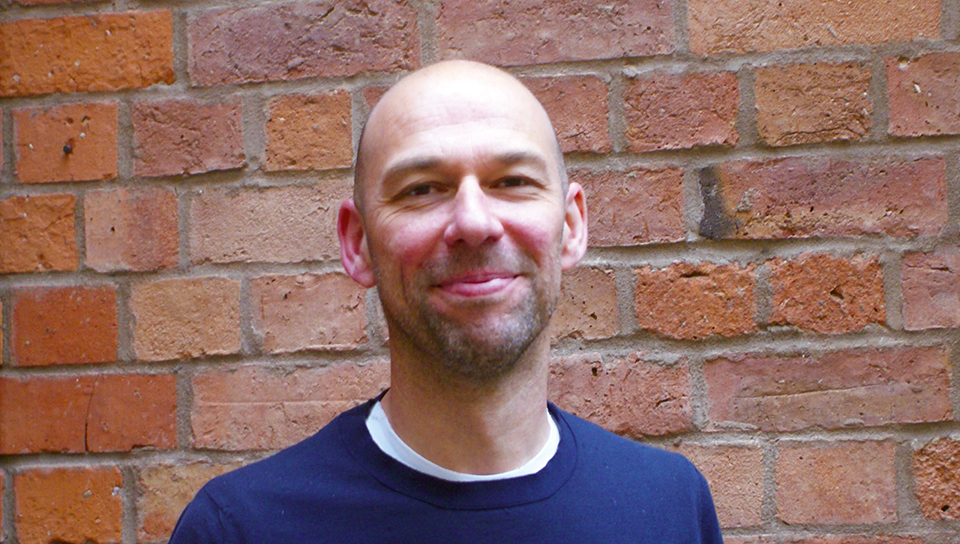 Nigel Prince has been curator of Ikon in Birmingham since 2004, responsible for many exhibitions including Carmen Herrera (critically received as “the discovery of the decade”), Ryan Gander and Martin Boyce. Prior to this he worked as an independent writer and curator, commissioning such works as Andrea Zittel’s A-Z Cellular Compartment Units. www.ikon-gallery.co.uk

Ikon has a colourful past, how do you think this has strengthened its relationship with the community with regards to the gallery’s overarching ethos?
Of course, we’re a very different institution now from 1964, but we’re proud of the fact that Ikon was founded by artists and still hold their ethos dear: our name reflects the idea that the organisation is not bound by the bricks and mortar of the buildings we occupy. We think of Ikon as a transmitter from which we send our contribution about contemporary visual arts out into the world, joining the global conversation. At the same time we are very mindful of our commitment to our immediate and local audience.

Can you tell me more about your forthcoming exhibition programme?
Our current exhibition, This Could Happen to You: Ikon in the 1970s looks at Ikon’s recent history, dealing with its development toward a more nationally orientated organisation. This September, we’re hosting a related symposium focusing on visual arts in the UK during the 1970s, with a keynote lecture from Andy Beckett. When we look back at this decade from the viewpoint of now, many issues resonate; we’re climbing out of a recession, the UK has a new Coalition Government, there is conflict in Afghanistan and Iraq with inherent similarities to Vietnam. It’s interesting to see parallels in the broader social, political and economic context and of how artists grappled with issues of the time.

How does being located in Birmingham influence your programme?
There are different kinds of pressures and opportunities. Ikon is one of the few visual arts organisations in the city, which enables us to be more agile in the way we think about things. The cultural community here is small enough whereby we are able to forge strong partnerships with others such as the City of Birmingham Symphony Orchestra and Birmingham Contemporary Music Group, the International Dance Festival Birmingham and younger organisations such as The Flatpack Festival. If you look at Ikon’s programme over the past 5 to 10 years you’ll see connections emerging, particularly between art, sound and music. We’ve been able to help realise artists’ ambitions to make work that might normally be considered as being outside the usual scope of visual arts.

What challenges do you face whilst curating Ikon’s exhibitions?
Ikon’s two buildings offer very different architectural characteristics. The first is a former Victorian schoolhouse, with the exhibition spaces spread across two floors, each floor being a series of interconnecting rooms. It has a certain scale about it, enabling a narrative to enter, a show, as the whole exhibition isn’t revealed in one go. Our second space is a large, rectangular open space, providing opportunities to present other types of work and commissions in a particular way. We also make off-site projects outside of our gallery spaces, elsewhere in the city and even in other countries, enabling us to be responsive to very different types of contemporary practice. Together, this dynamic in our programme offers great versatility and flexibility; artists respond well to the opportunities these differing spaces hold.

Ikon balances educational aims with public accessibility; do you find it a challenge to couple this accessibility with the best of international art?
The learning component of our programme is very strong. There are a number of exhibitions where the Learning and Curatorial teams overlap when developing content. We aim to engage a broad audience, employing different strategies and projects to aid our visitors. We have a strong belief in being able to present sophisticated ideas in an accessible manner, so we complement our exhibitions with various methods of interpretive material, including a resource room, film interviews with artists, as well as guide texts plus a whole range of talks, workshops and seminars.

You’ve showed the impact of political and economic change in This Could Happen to You – how do you feel the current political / economic climate is affecting art and venues?
The recent announcement in this financial year of Arts Council England’s 0.5% cut to revenue clients has affected us in the way that it has affected everyone. We are certainly mindful of the comprehensive spending review in October, and the government’s request that all departments must consider cuts of up to 40%. The Arts Council and local authority have asked arts organisations to profile cuts of between 10% to 30% and we are planning accordingly. Whilst it’s not clear where and when the cuts might be made, they are certainly coming and it’s something that will impact on our organisation and programme.

What can visitors expect in the forthcoming months?
After our 1970s show, I’m curating an exhibition of Donald Judd’s furniture, the first exhibition to focus exclusively on this aspect of his practice since 1993. It includes very early works (bookshelves, desks and beds) made by Judd for his family; very rare and fragile pieces. The exhibition will chart the development of the designs and Judd’s thought processes. Most pieces are prototypes – not finished works ­– and demonstrate the evolution of form. Alongside this show we are presenting the 18th century Japanese printmaker, Utamaro, selected by Julian Opie from the collection of the British Museum. After that we have a large-scale exhibition of New Zealand filmmaker and sculptor, Len Lye. We begin 2011 with shows by two younger artists, one Scottish, Robert Orchardson, presented alongside work by Dutch artist, Marjoljin Dijkman. 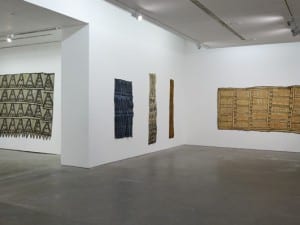 Tapa – Barkcloth paintings from the Pacific, proposes a curious offering for a contemporary site. A timeless partnership, which transgresses history and the furthest reaches of the globe, is formed. 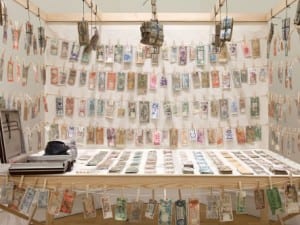 Peter Vahlefeld is a Berlin-based multi-media artist. His work combines analog and digital painting on canvas and explores the currency of advertisements.